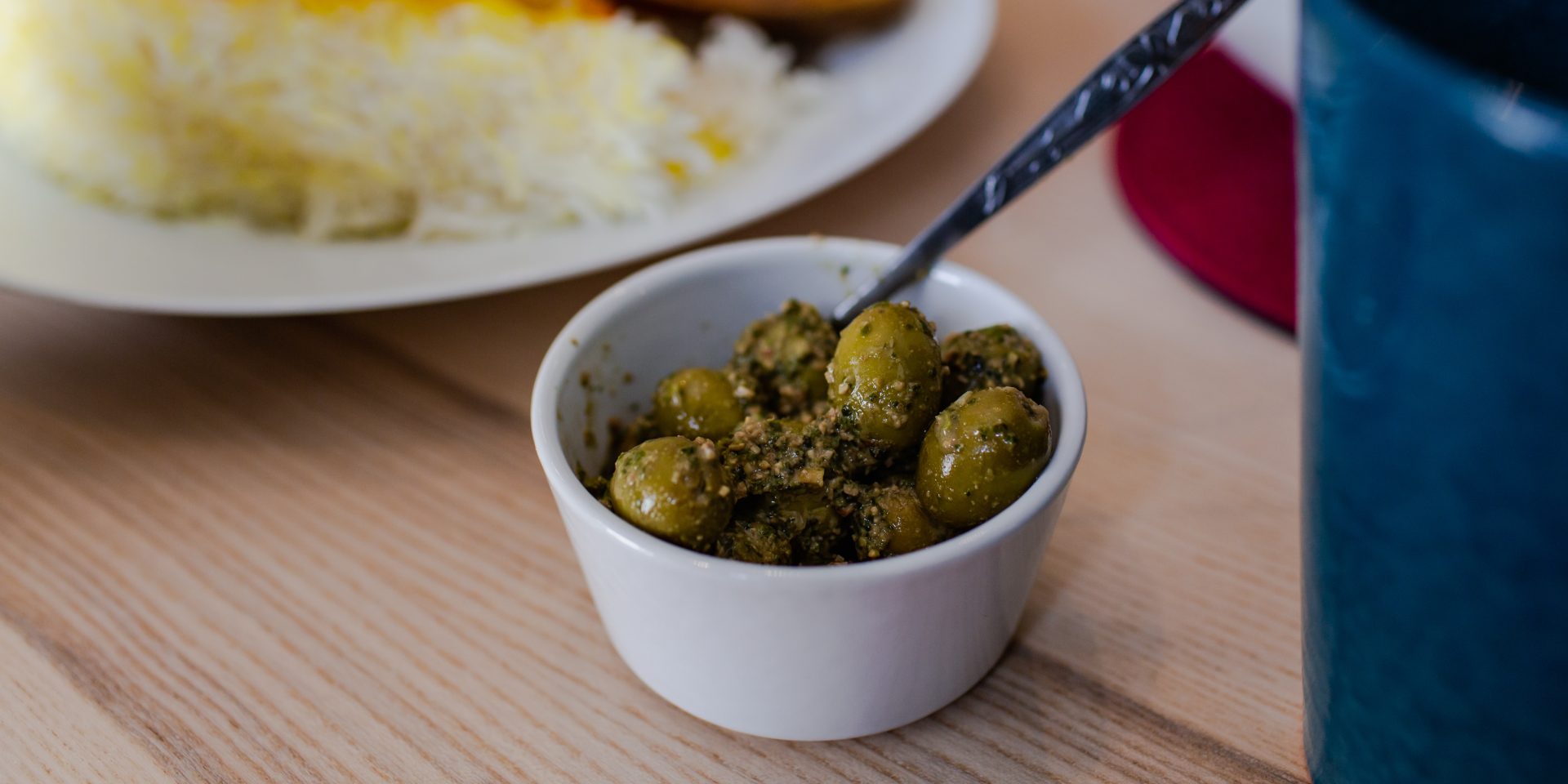 I first fell in love with Iranian cuisine when I had Mina’s tahdig almost 20 years ago. I still remember the delicious little barberries she put in it. Growing up with Indonesian-Chinese style white rice, Mina’s tahdig is really on another level. The necessary care but elegant process that goes into preparing the rice, with complex but comforting flavour combinations of saffron and ghee – makes this dish, in my humble opinion, the most special rice dish I’ve ever had. Not to mention the crispy potatoes to top all that! I am thrilled that Mina shares her tahdig recipe with us here as well as her other specialties like Fesenjoon and Mirza Ghasemi.

Mina has been cooking her version of Fesenjoon for around 40 years now. It’s a very old and traditional Iranian meat stew cooked in walnut and pomegranate sauce. Mina first learnt this dish from her mother in law who’s from Gilan province in the north of Iran that lies along the Caspian Sea. Pomegranate which grows in this region tends to taste quite sour and Fesenjoon dish from this region also tastes quite sour due to the pomegranate molasses used. But that’s how the locals there like it. Mina prefers to use the pomegranate molasses from Khorasan province, in the north east of Iran where she’s from. It still has the tartness but a touch of sweetness too. Fesenjoon is one of the homefood dish that goes so well with Tahdig. And to accompany the potato tahdig Mina also made some Mirza Ghasemi which is a Persian smoked eggplant with tomato and eggs.

As you can see here, the Tahdig (which literally means ‘bottom of the pot’ in Farsi) takes the centre stage.

Who Mina
Home is London
Family origin Iran
I can’t live without my social media
Childhood taste Sweets and cakes
I will always have in my pantry Pistachio and other nuts
I learnt to cook from from my Mum and Grandmother
Currently I’m listening to traditional Persian music and Celine Dion's music
One day I must visit Italy
Go to meal Salad with smoked salmon & sushi
I am really good at keeping my friendships
The unforgettable meal Sushi train
My piece of Sydney Sydney Opera House
Favourite spice Saffron, black pepper, sumac, turmeric and cinnamon
Best flavour combo Turmeric with fried garlic and onion
Guilty pleasure Binging movies and eat too much sweets
Who does the dishes Me! 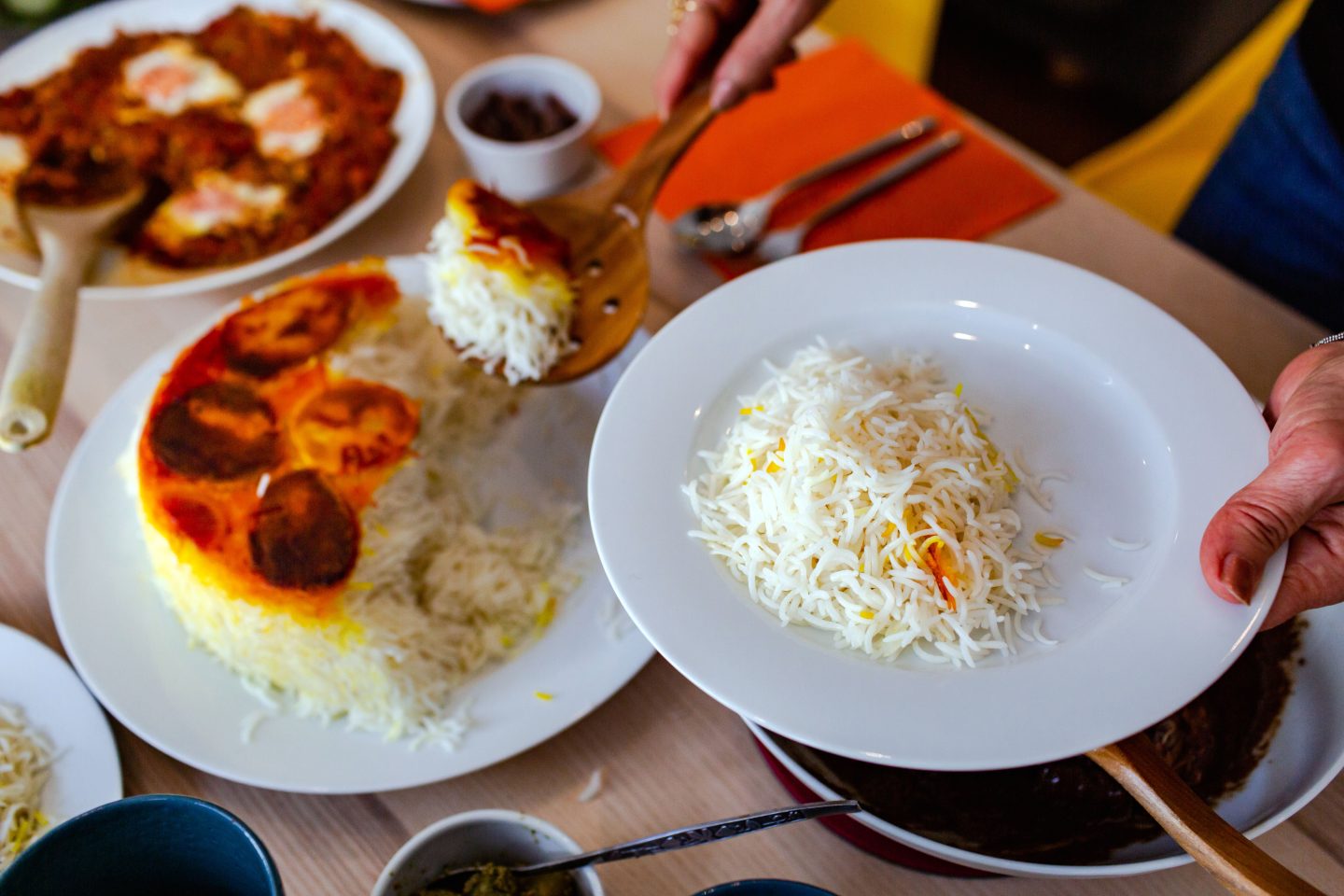 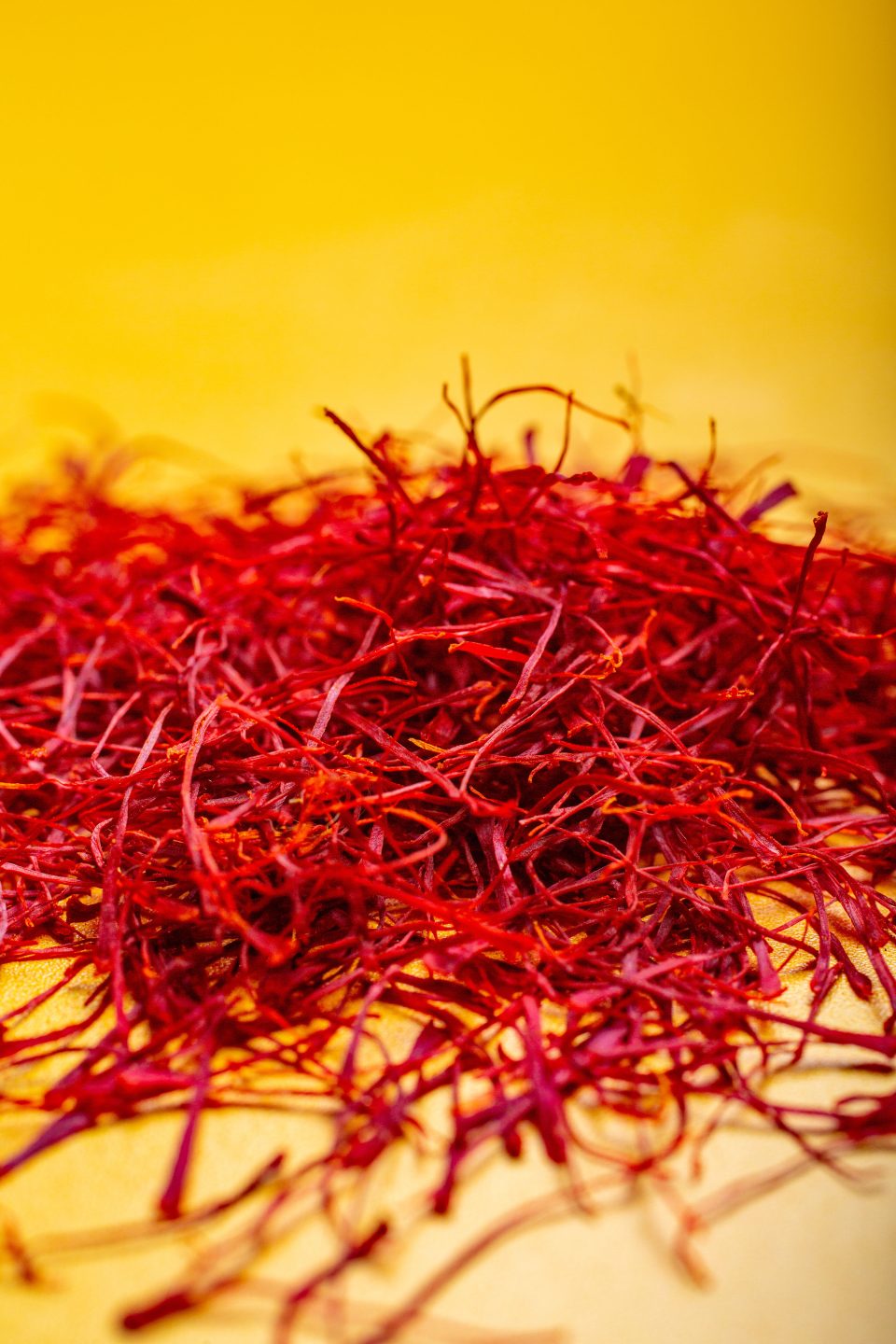 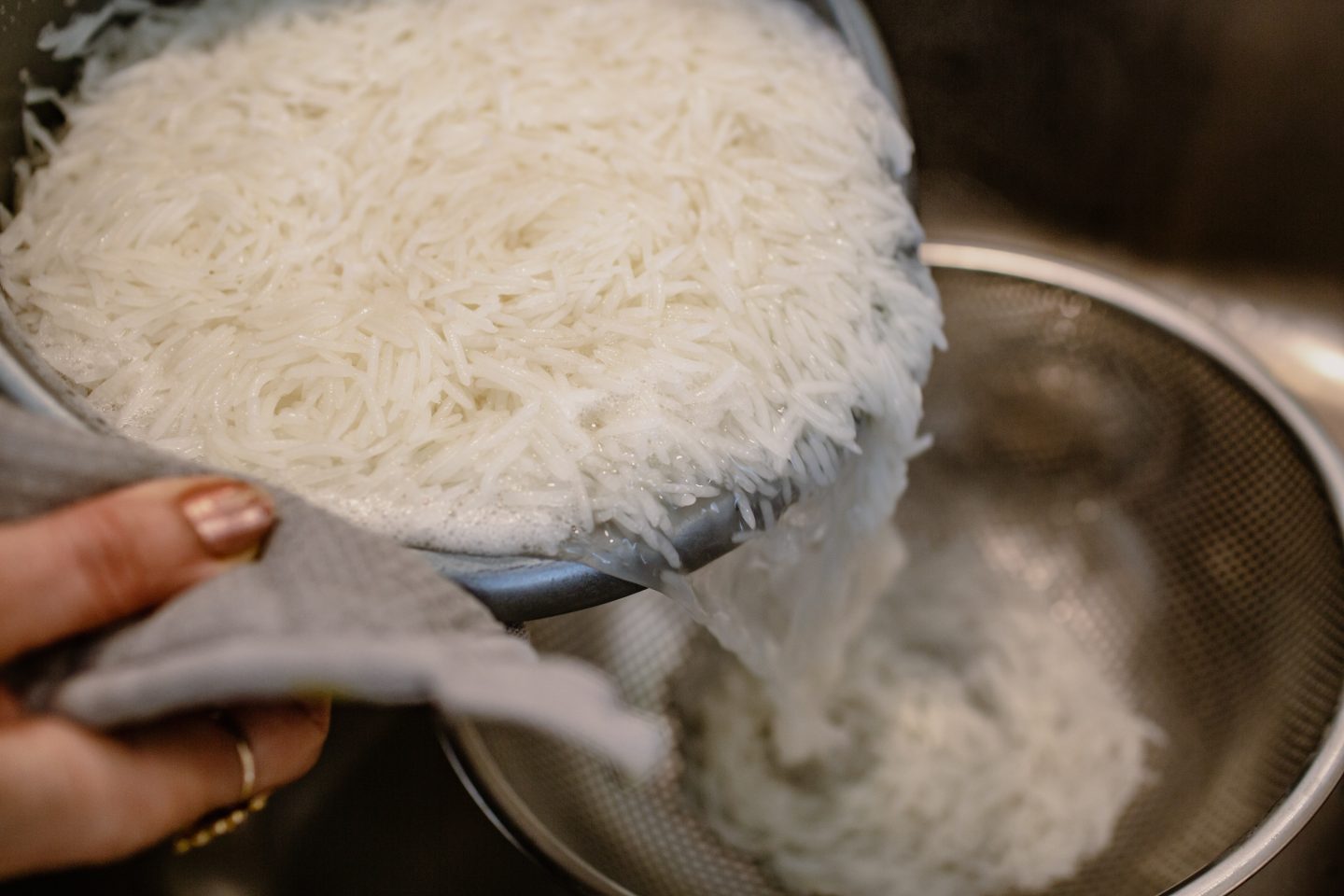 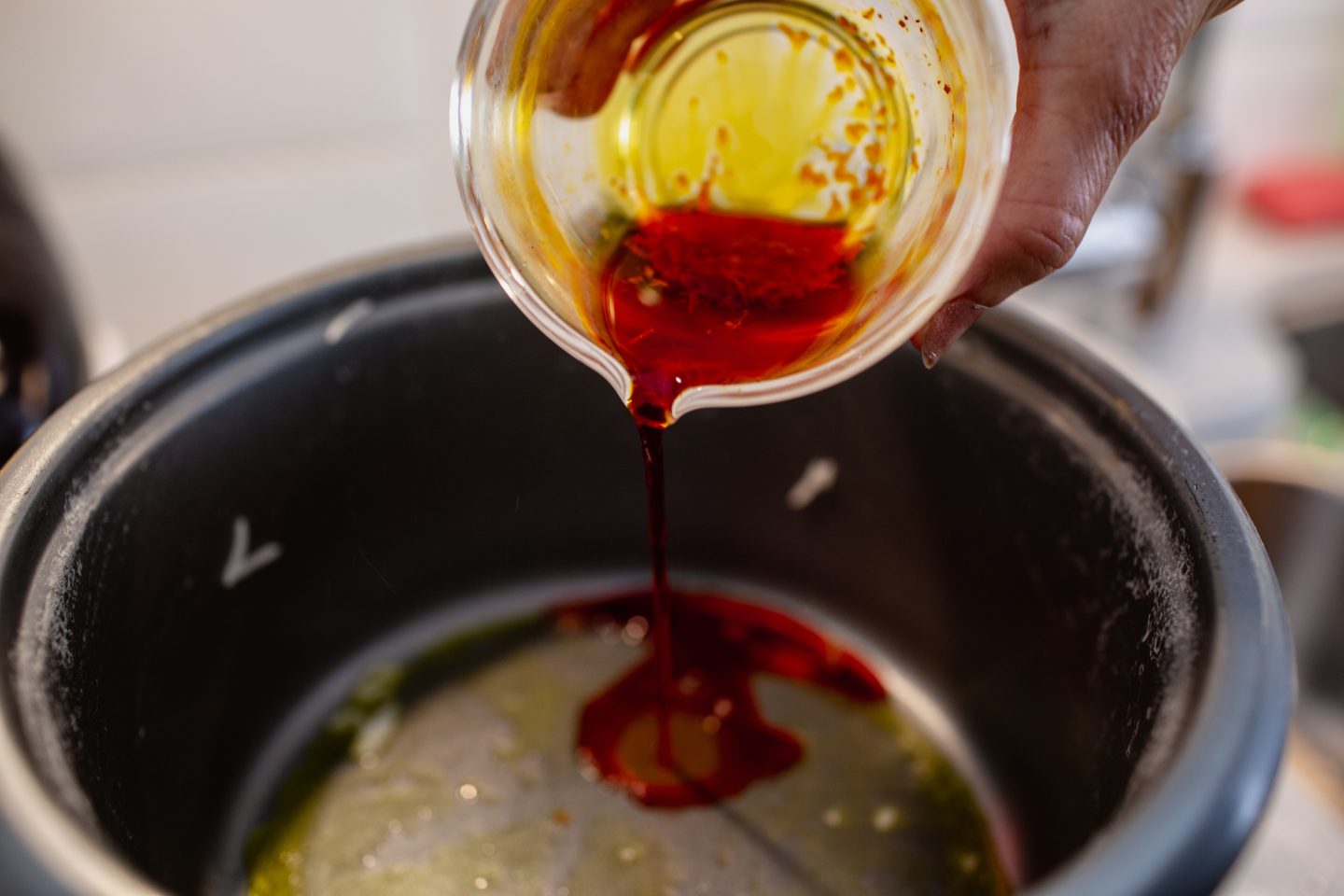 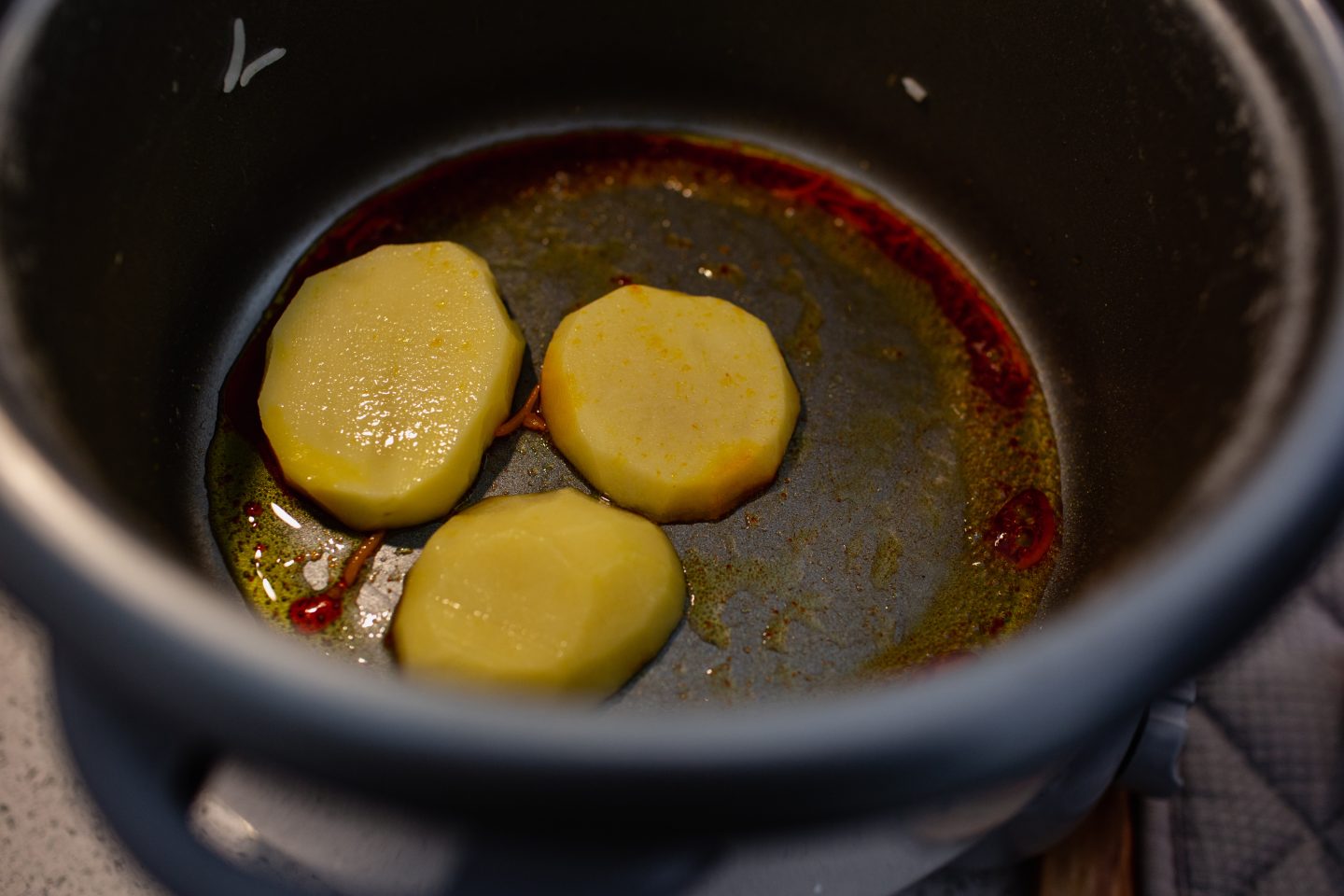 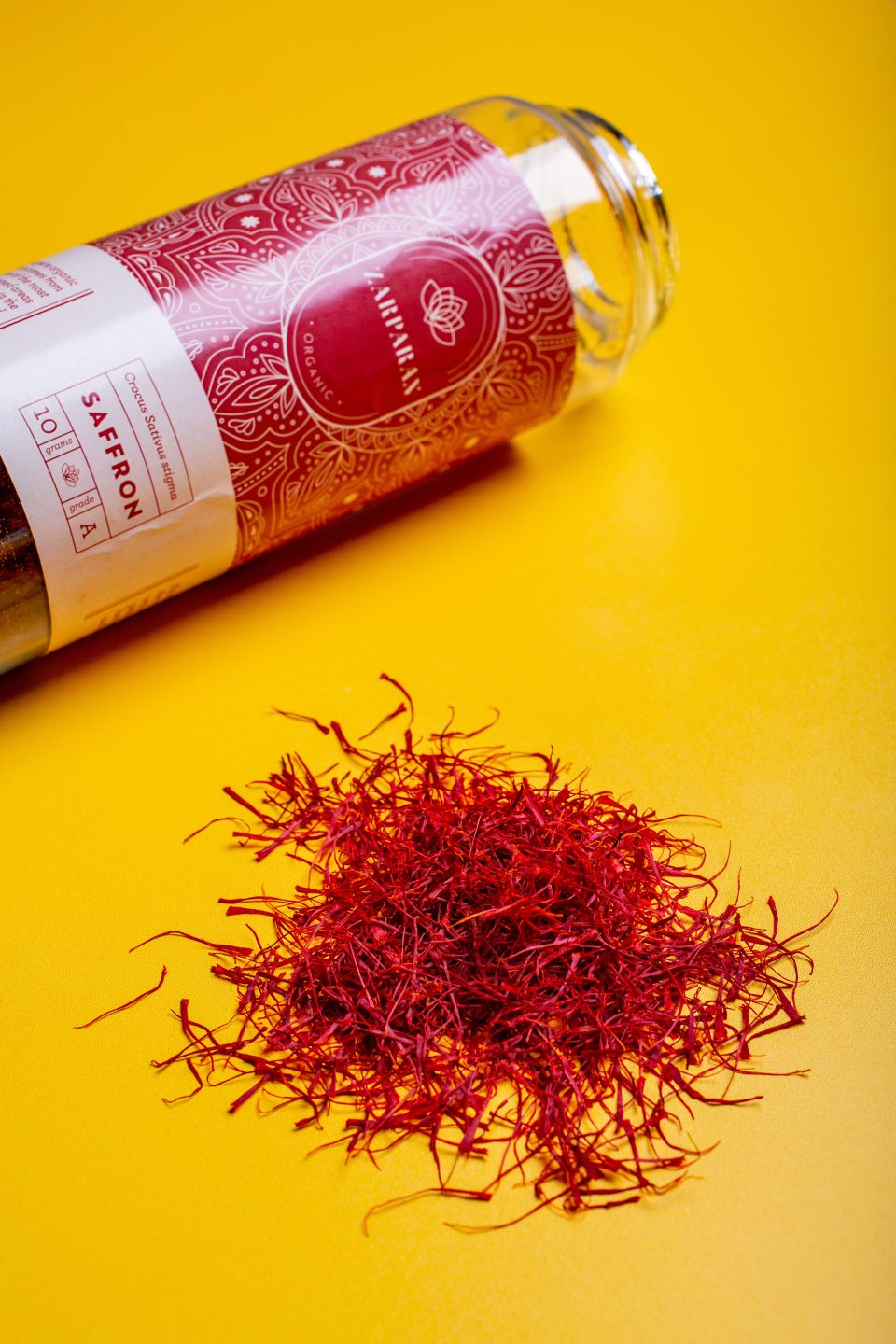 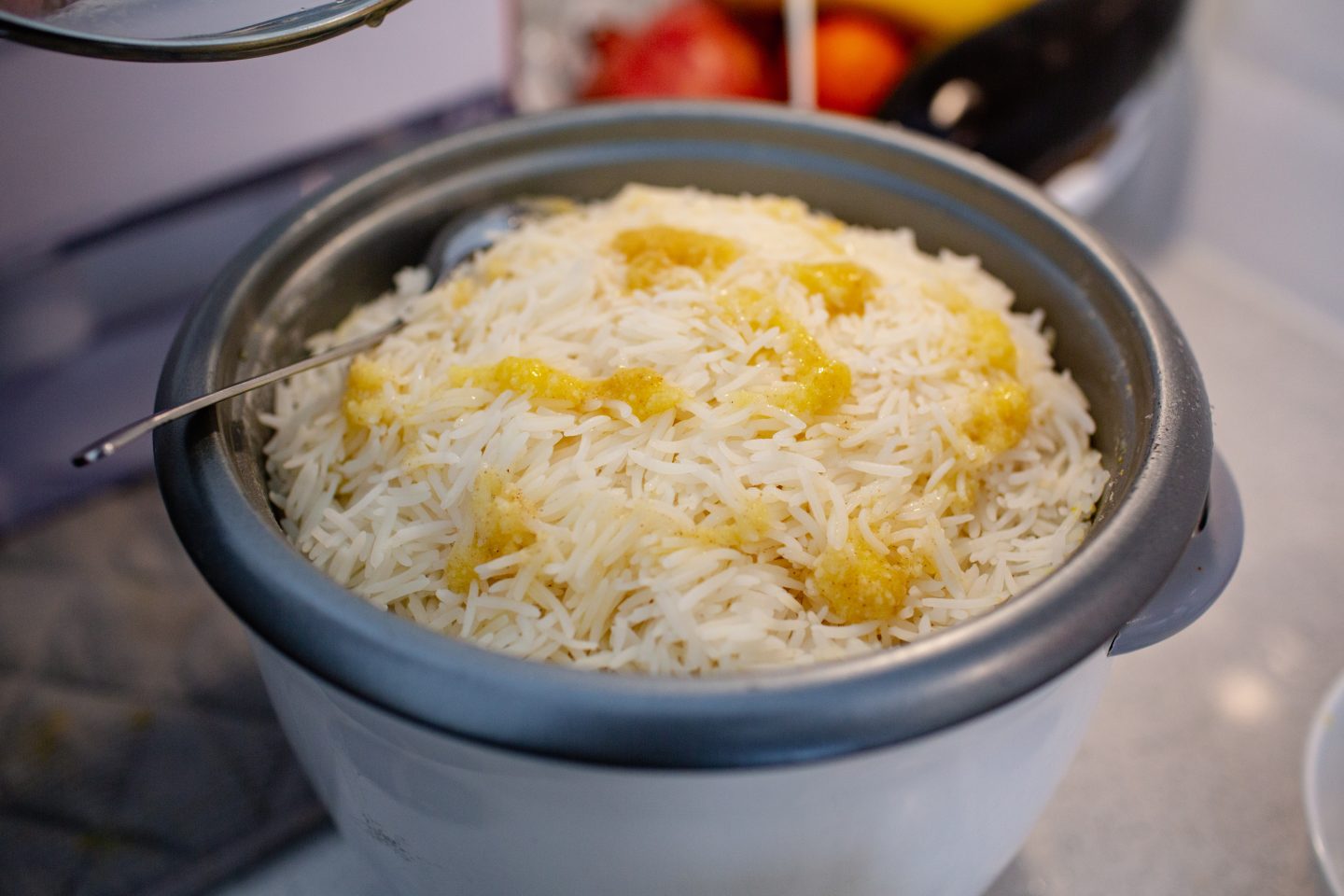 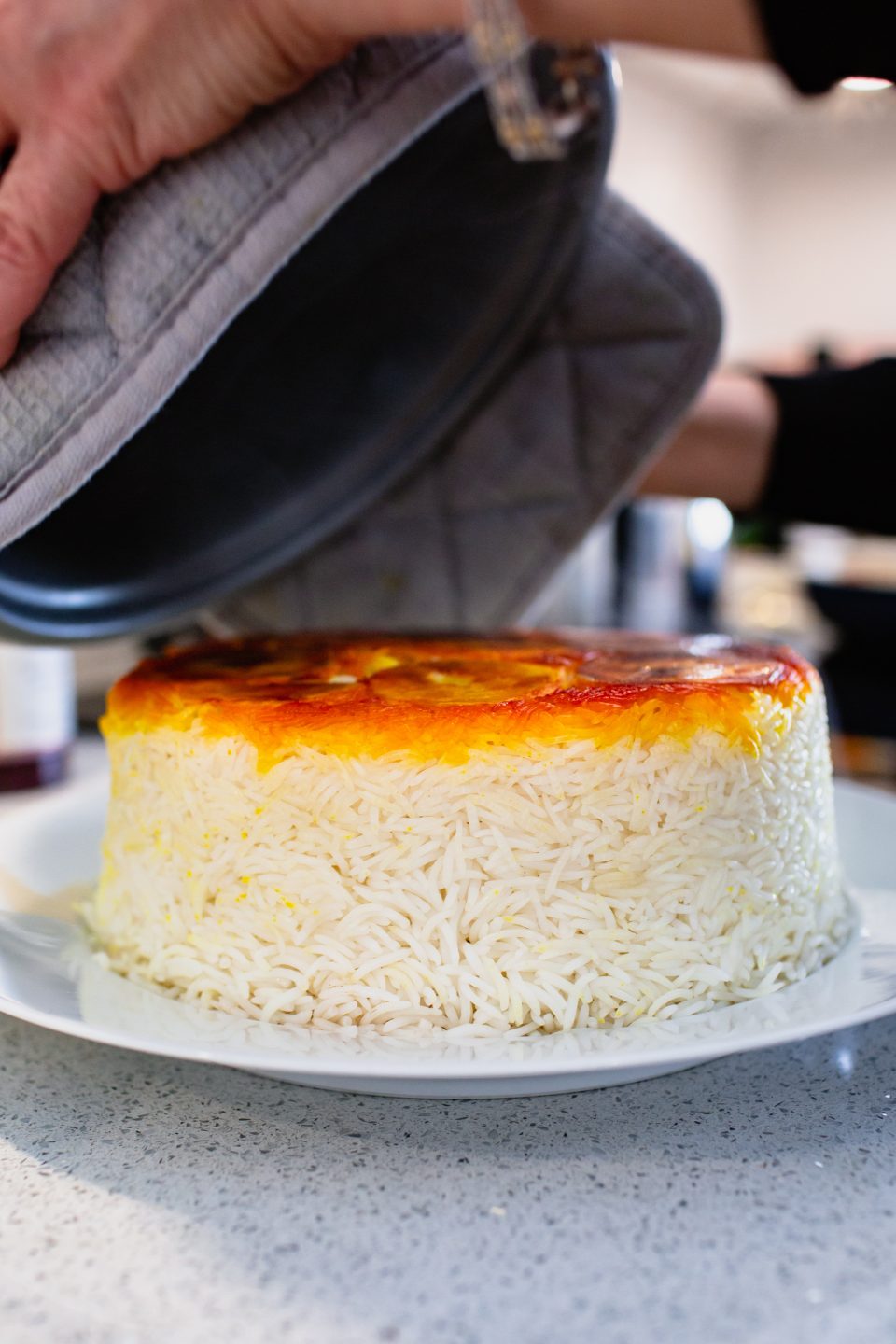 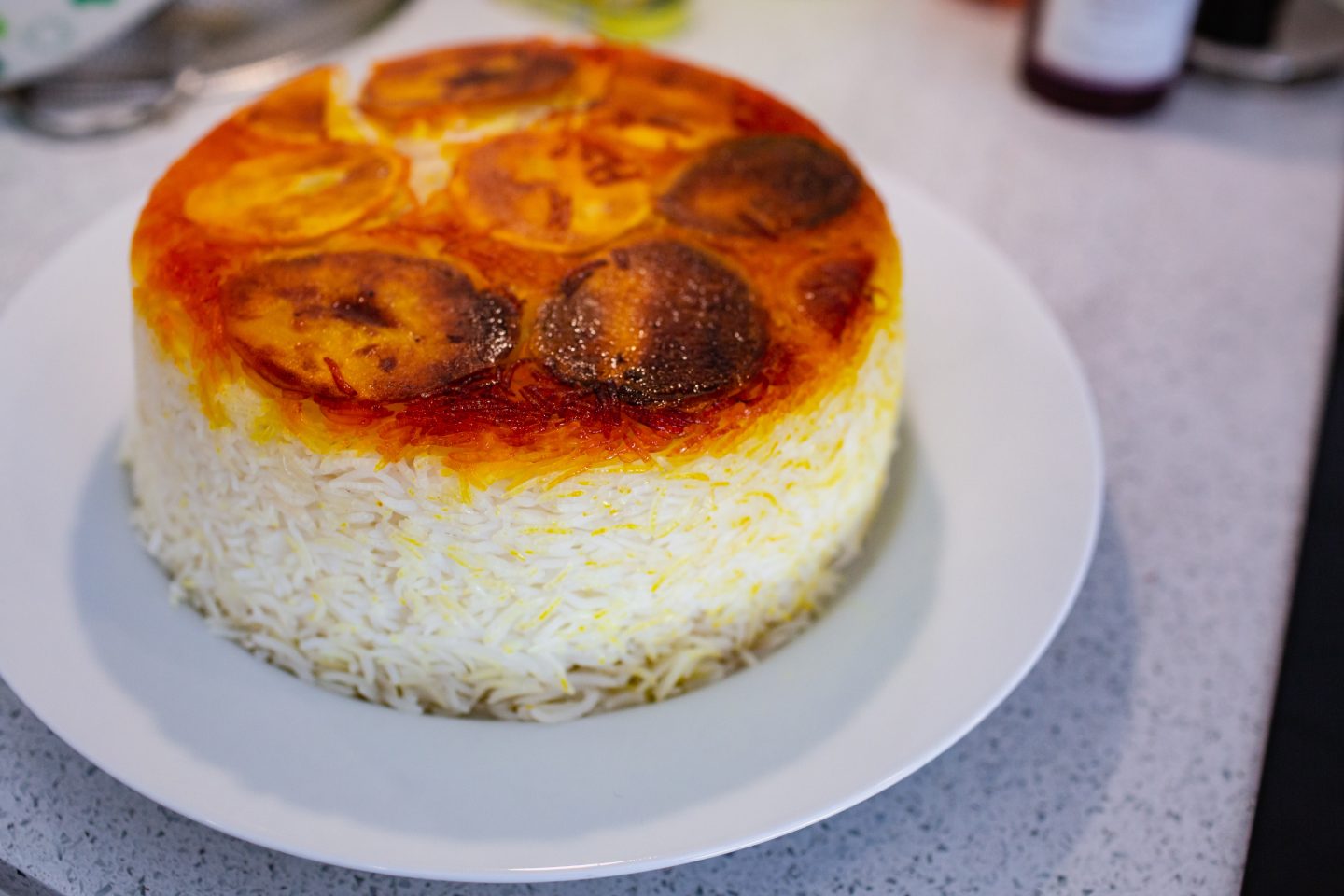 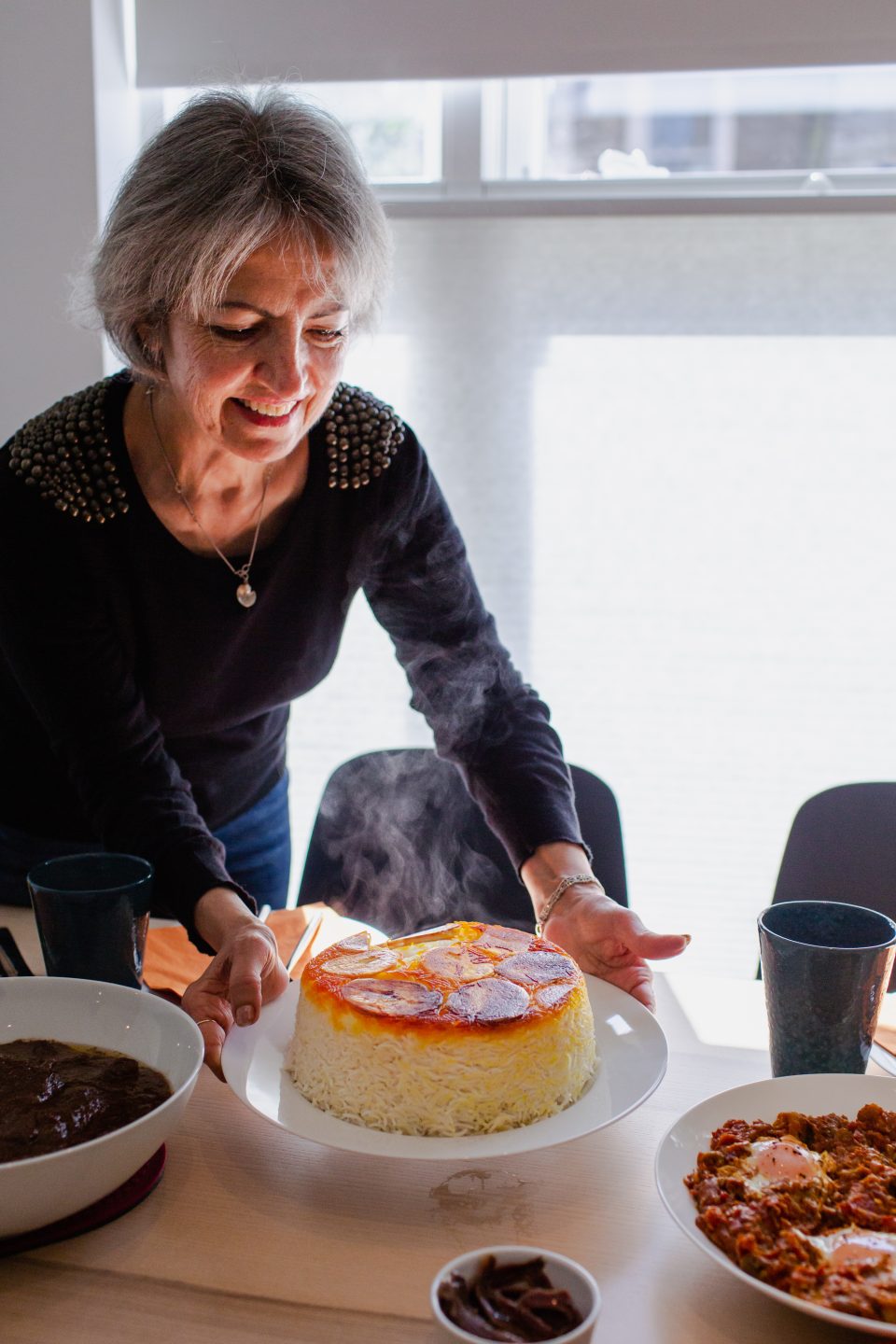 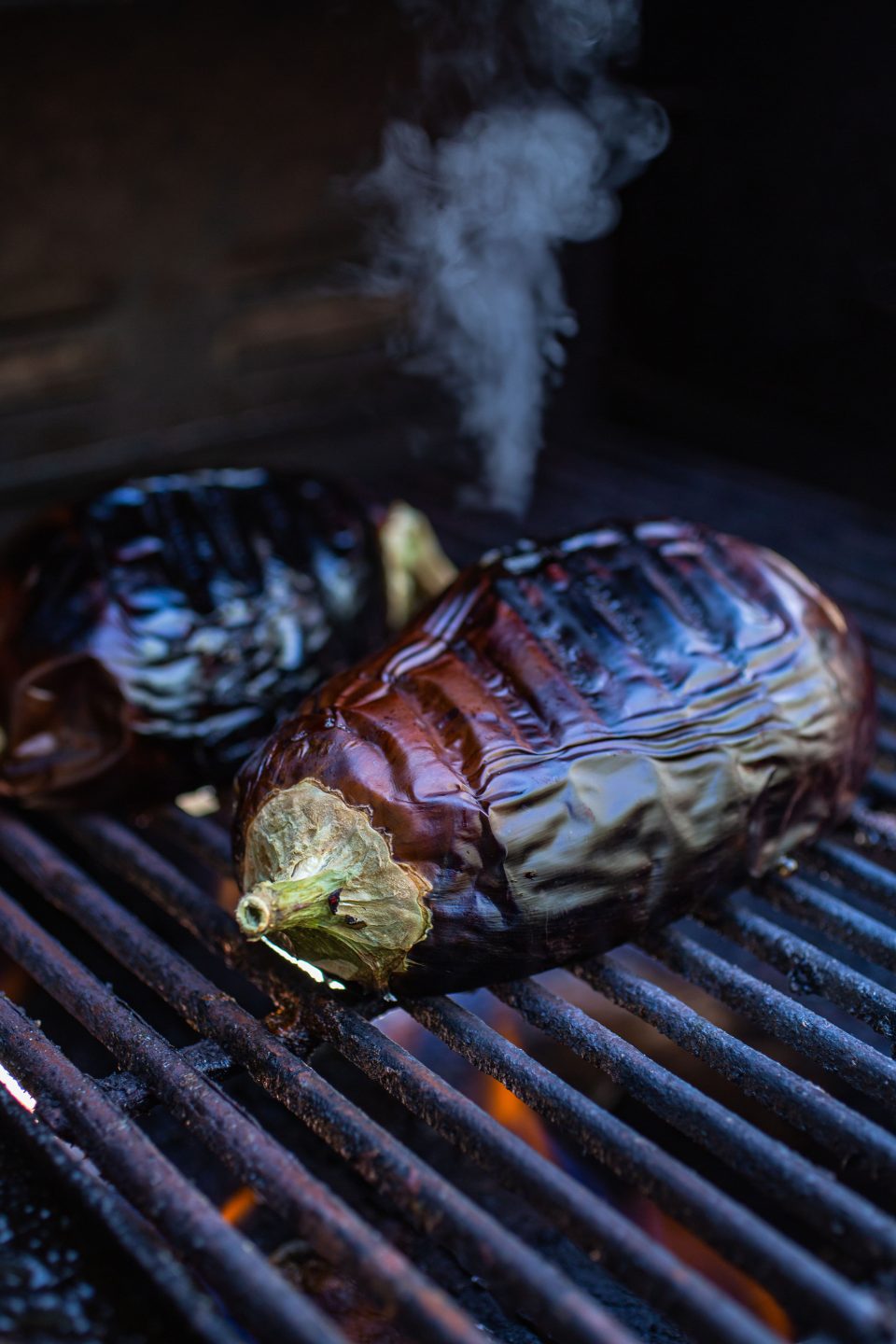 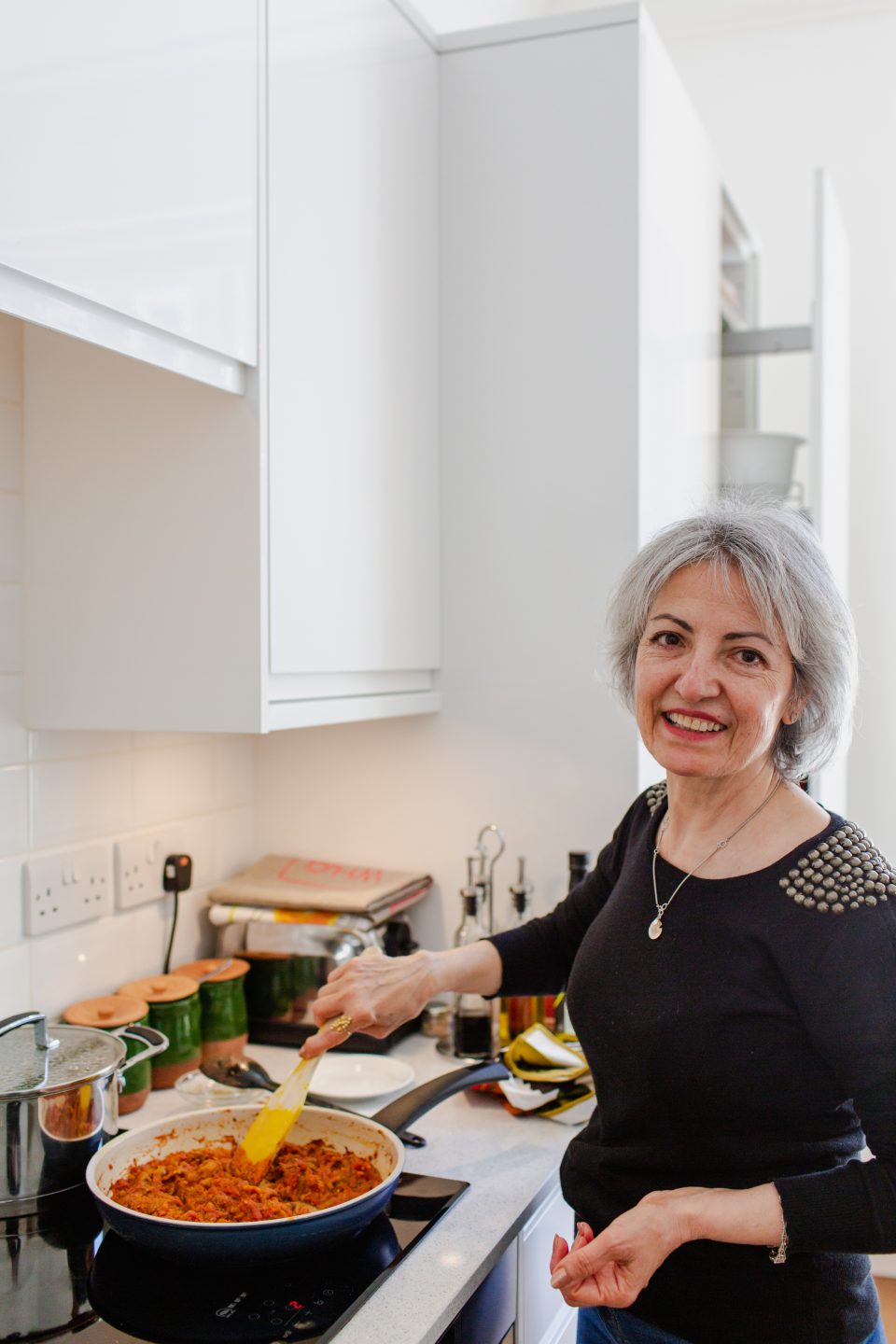 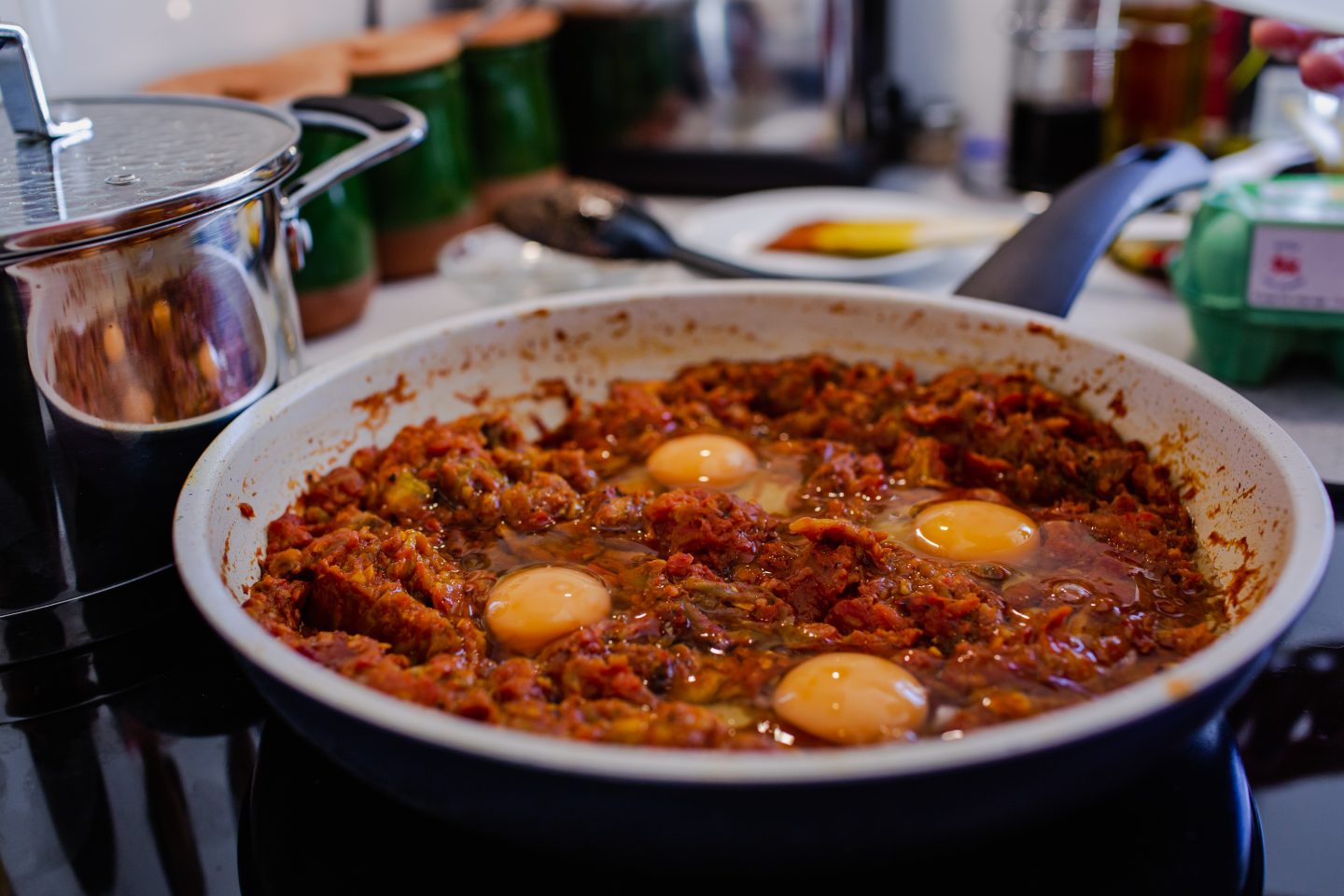 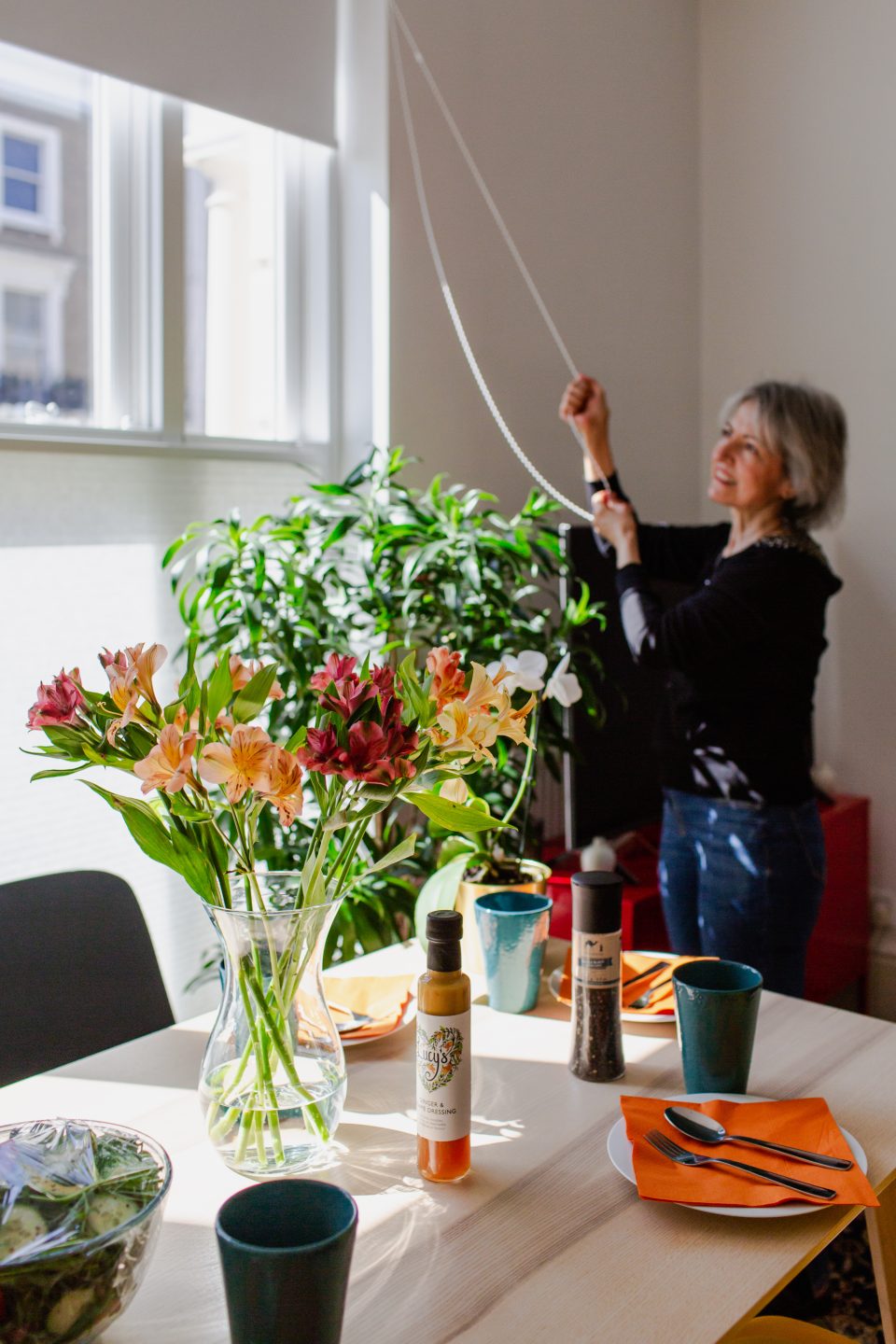 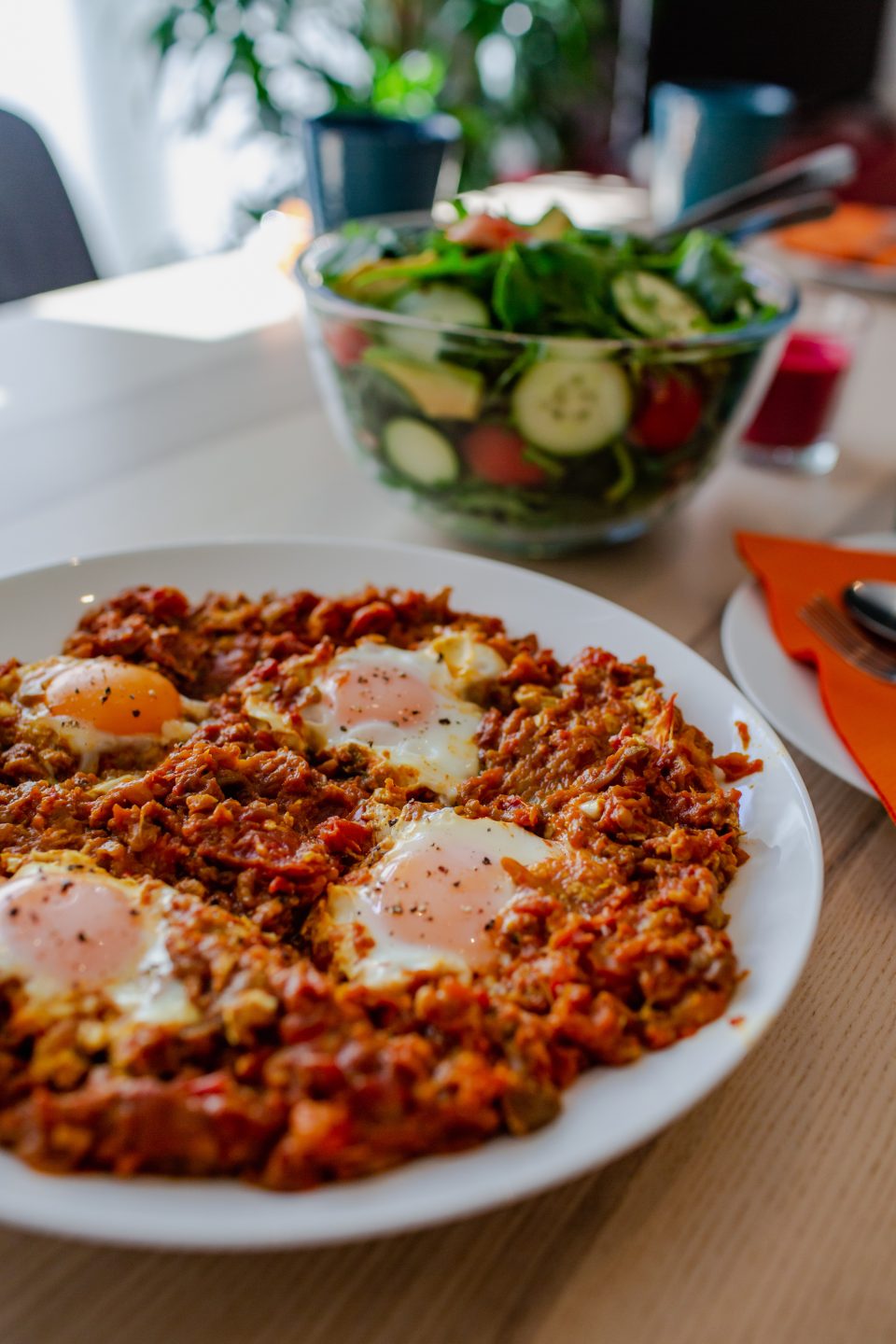 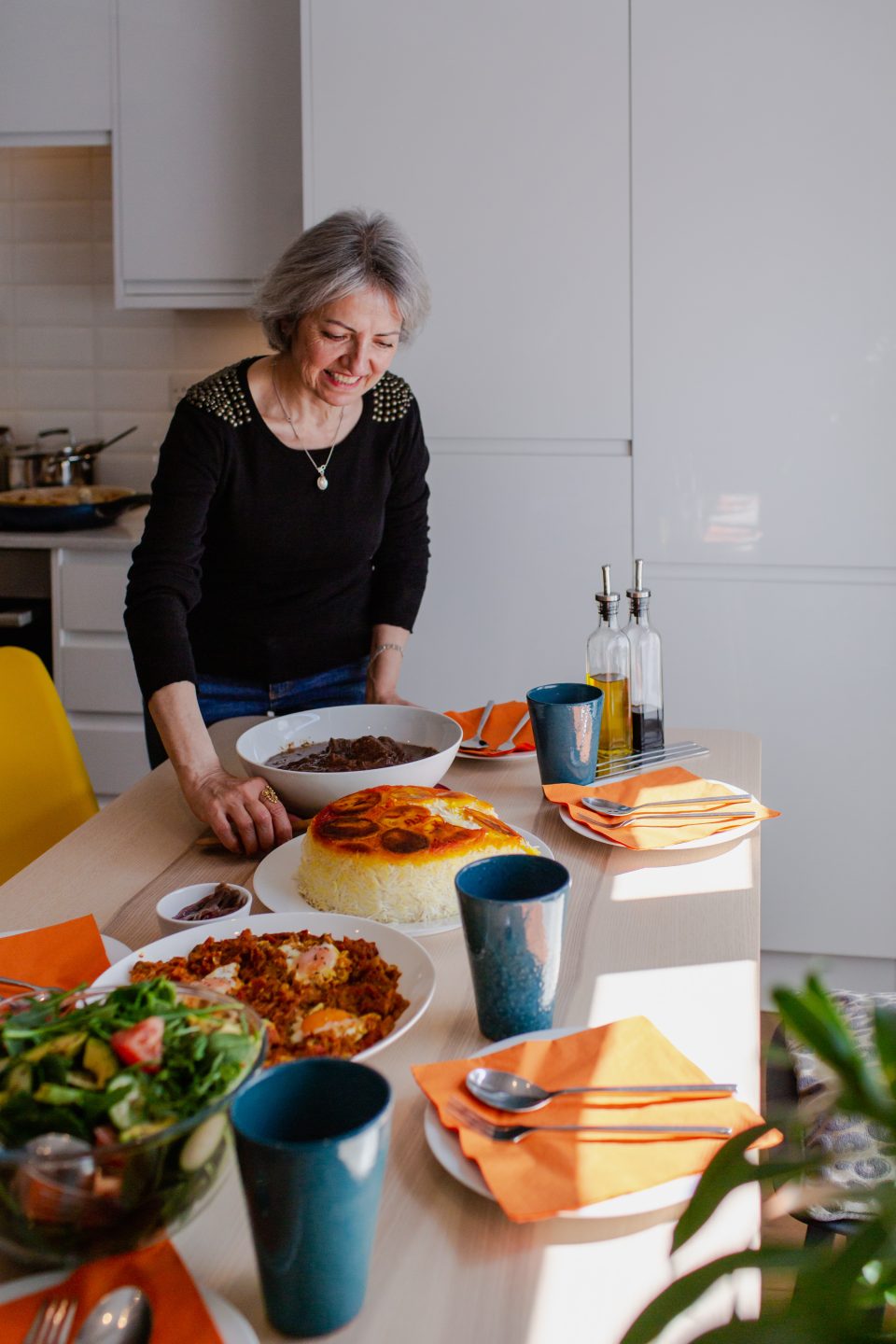 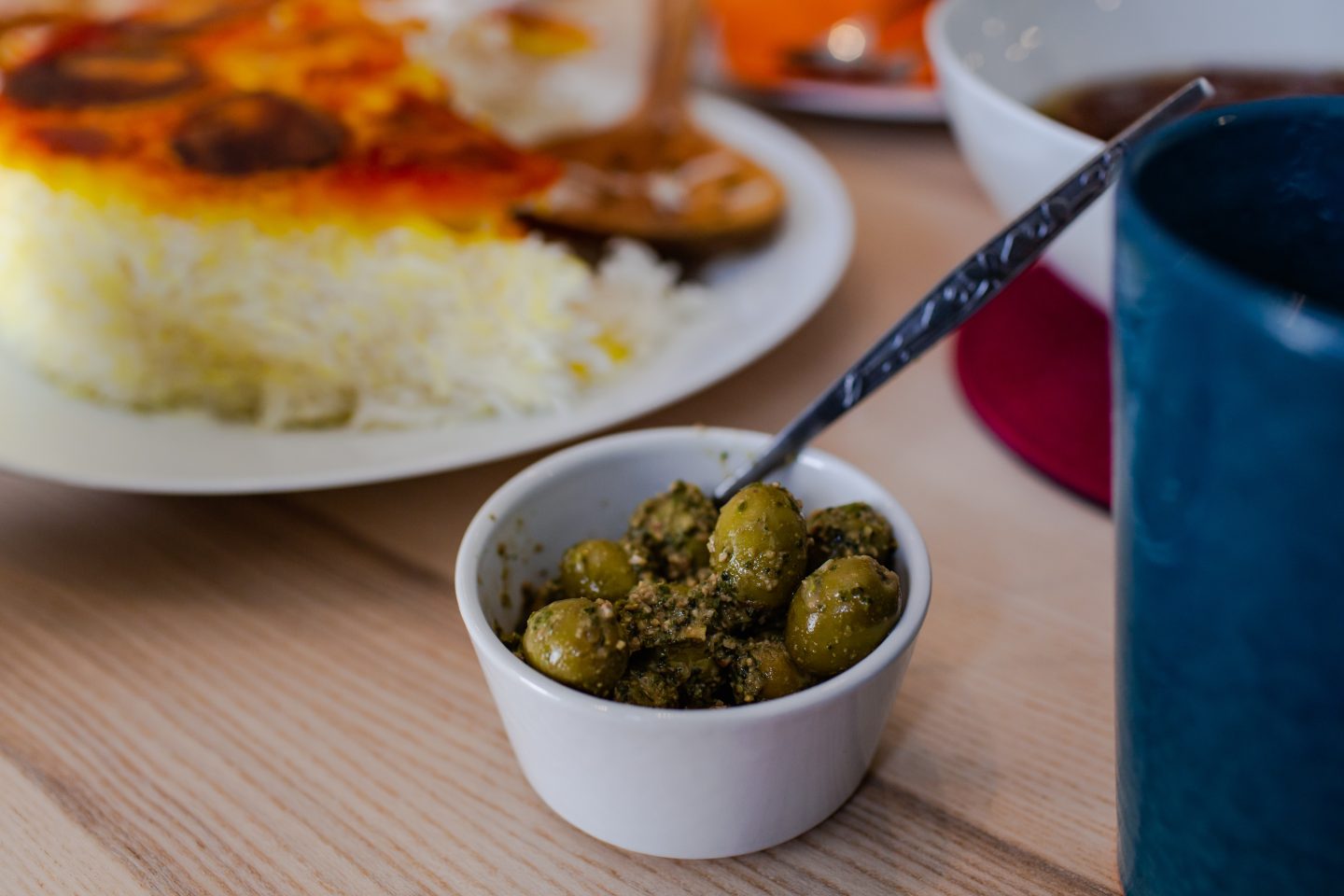 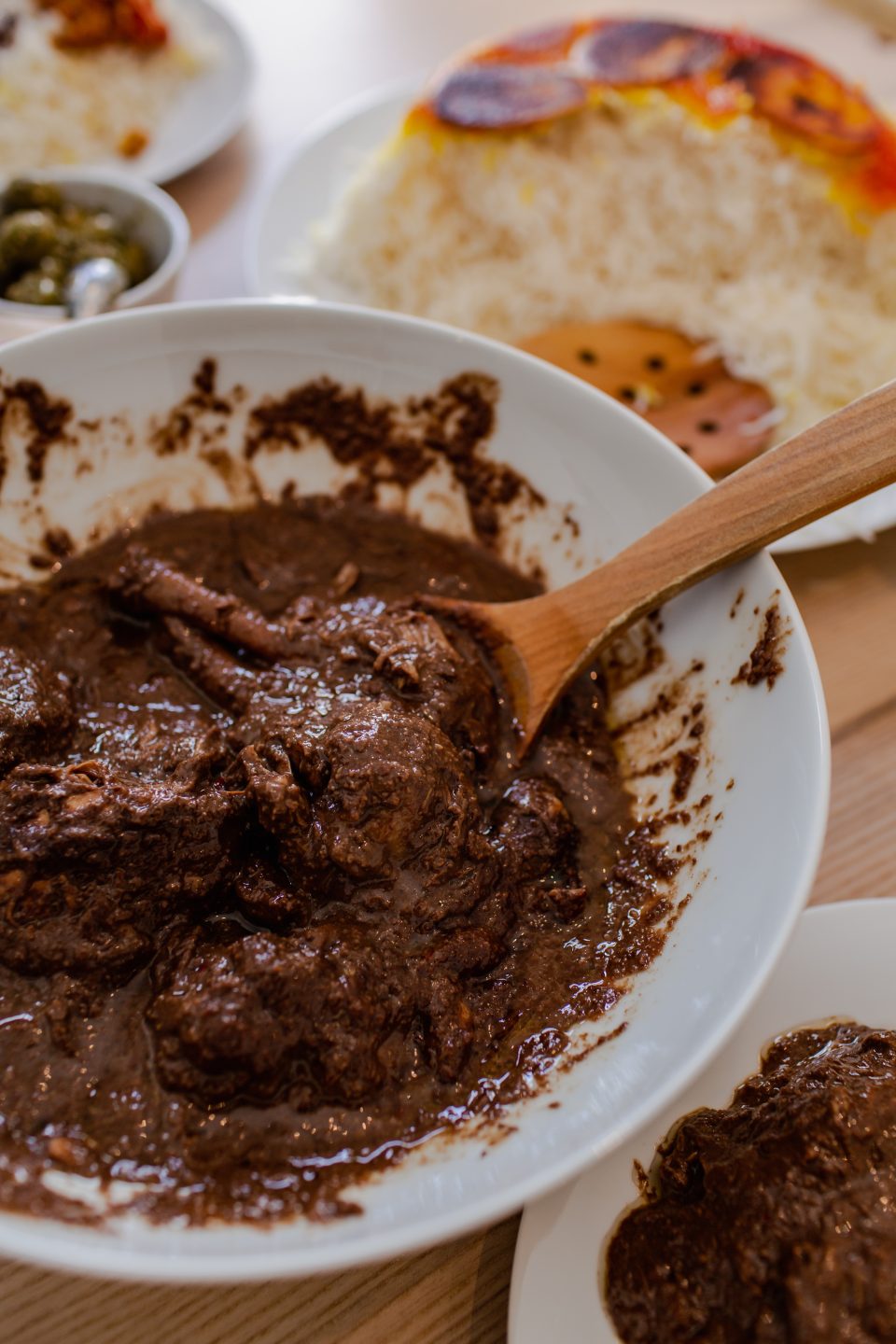 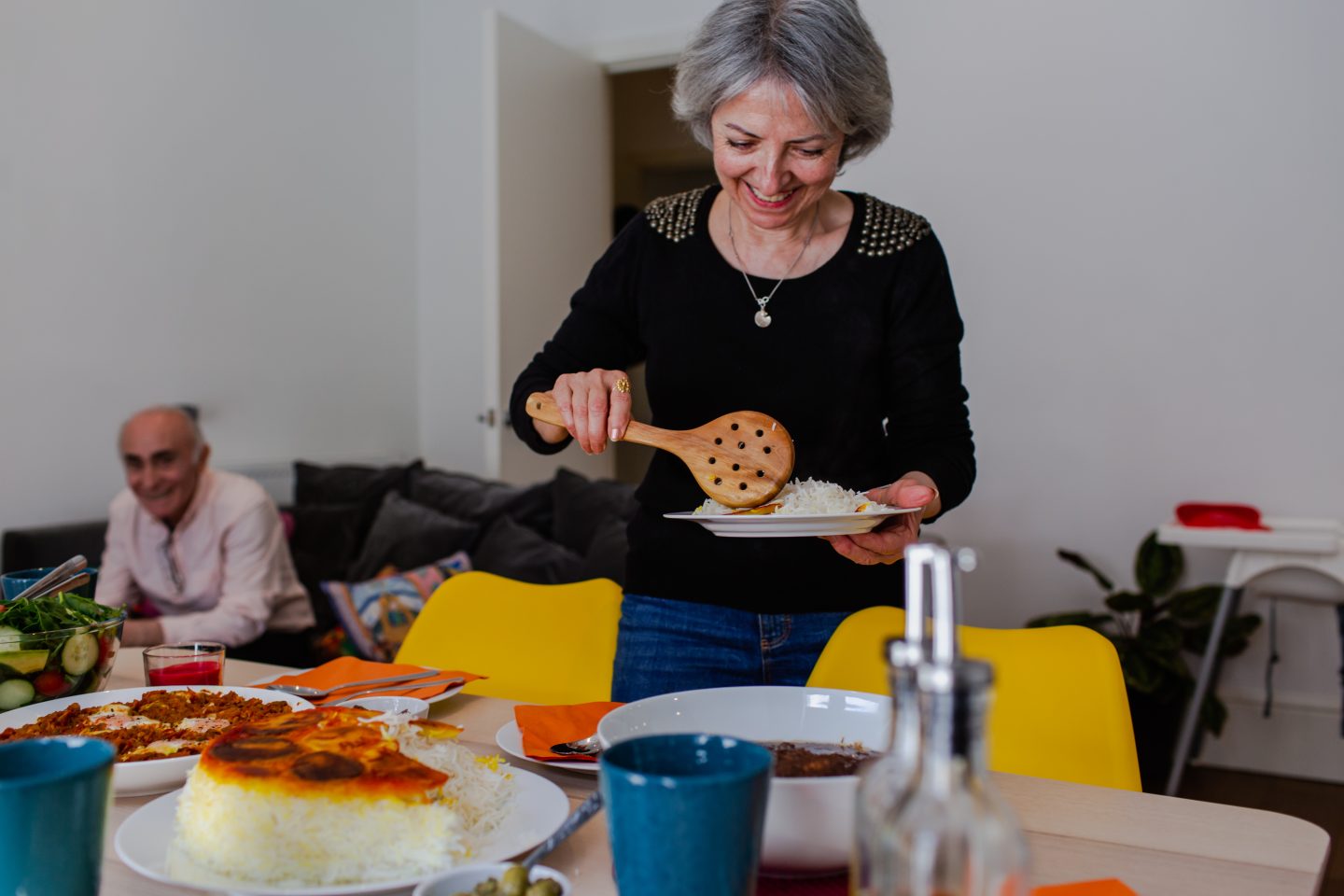 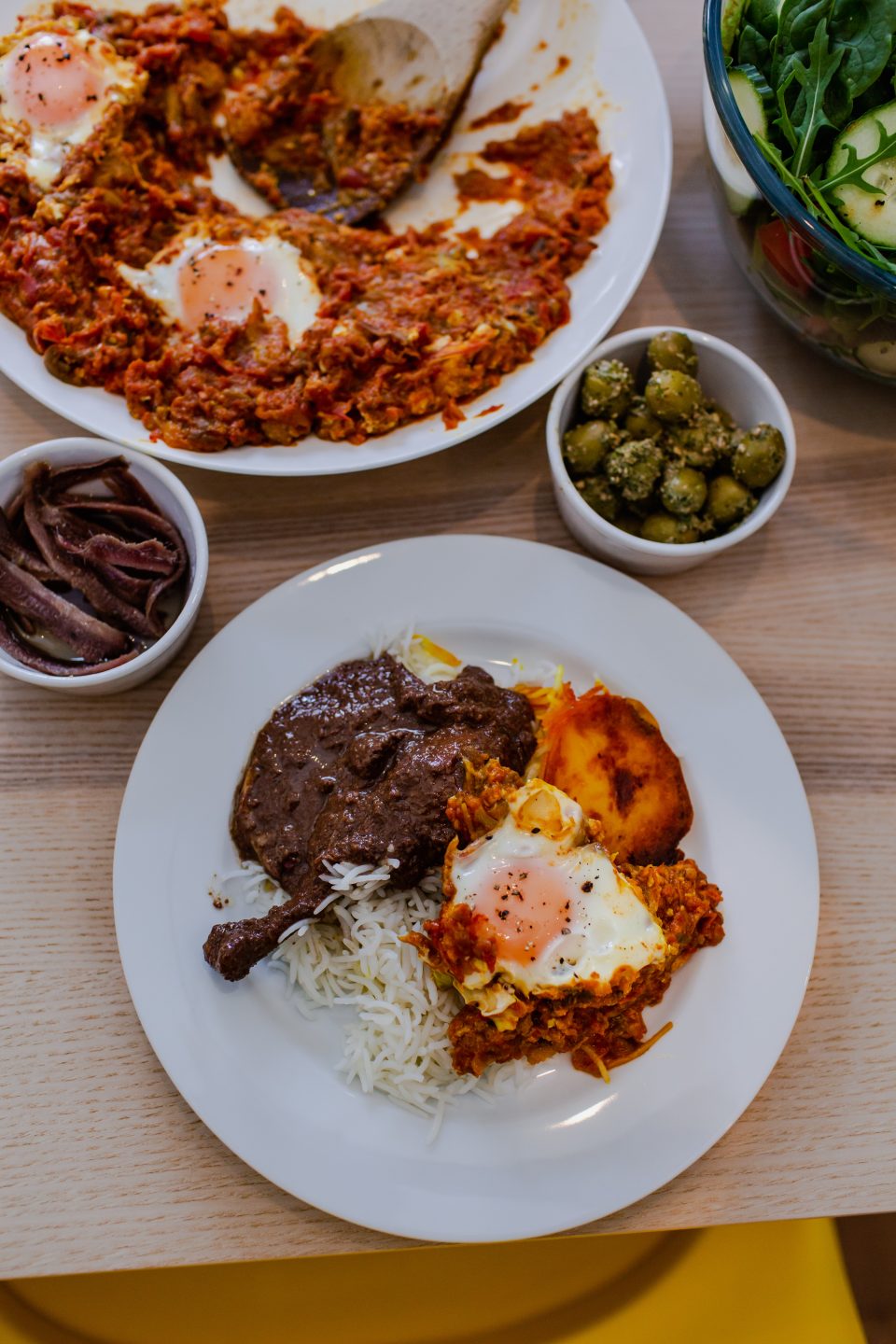 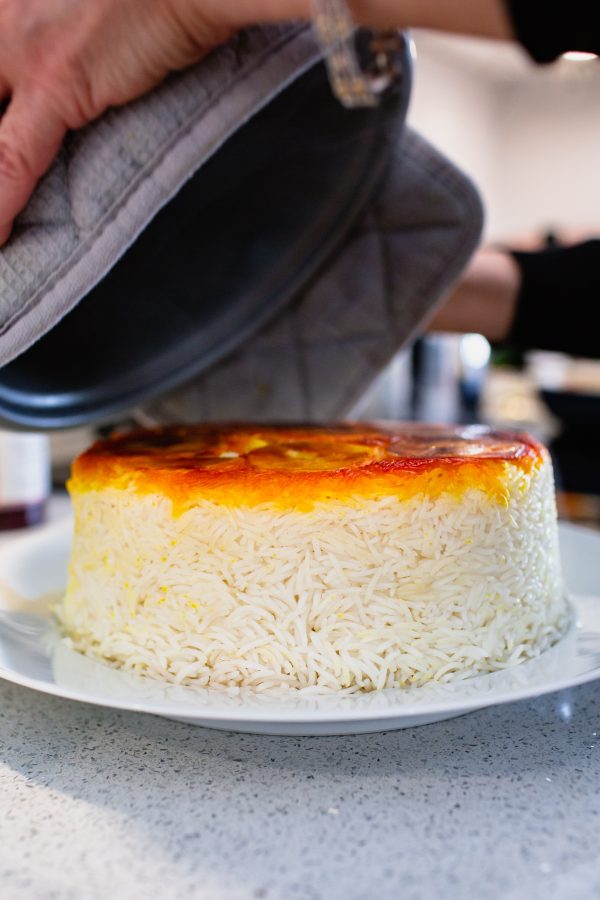 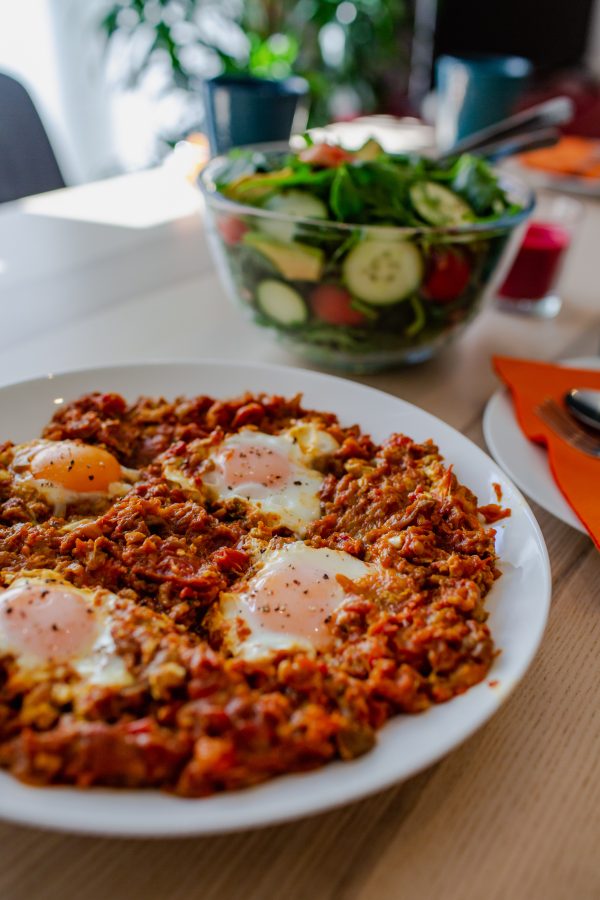 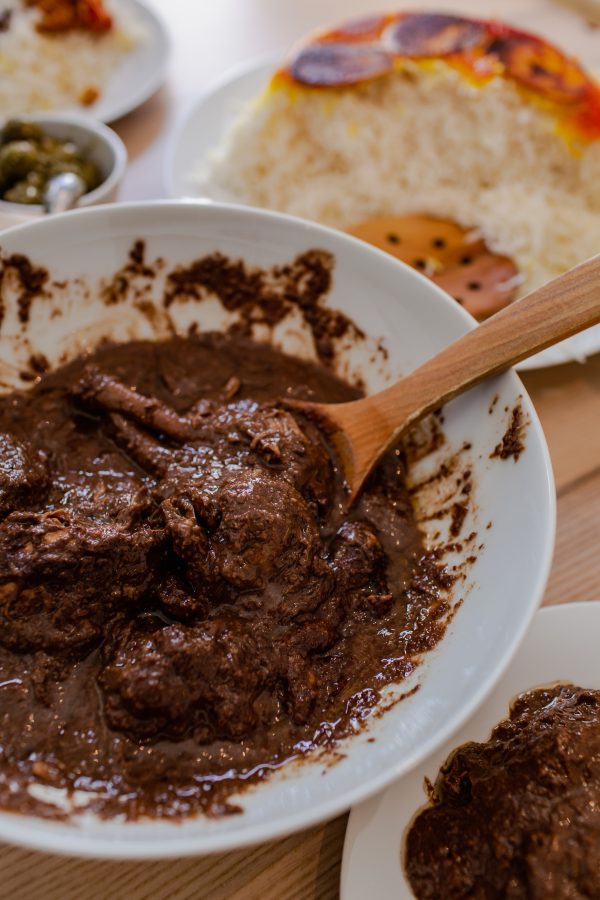 This entry was posted in Who. Bookmark the permalink. ← Moon Zhang Maricar Manalo →