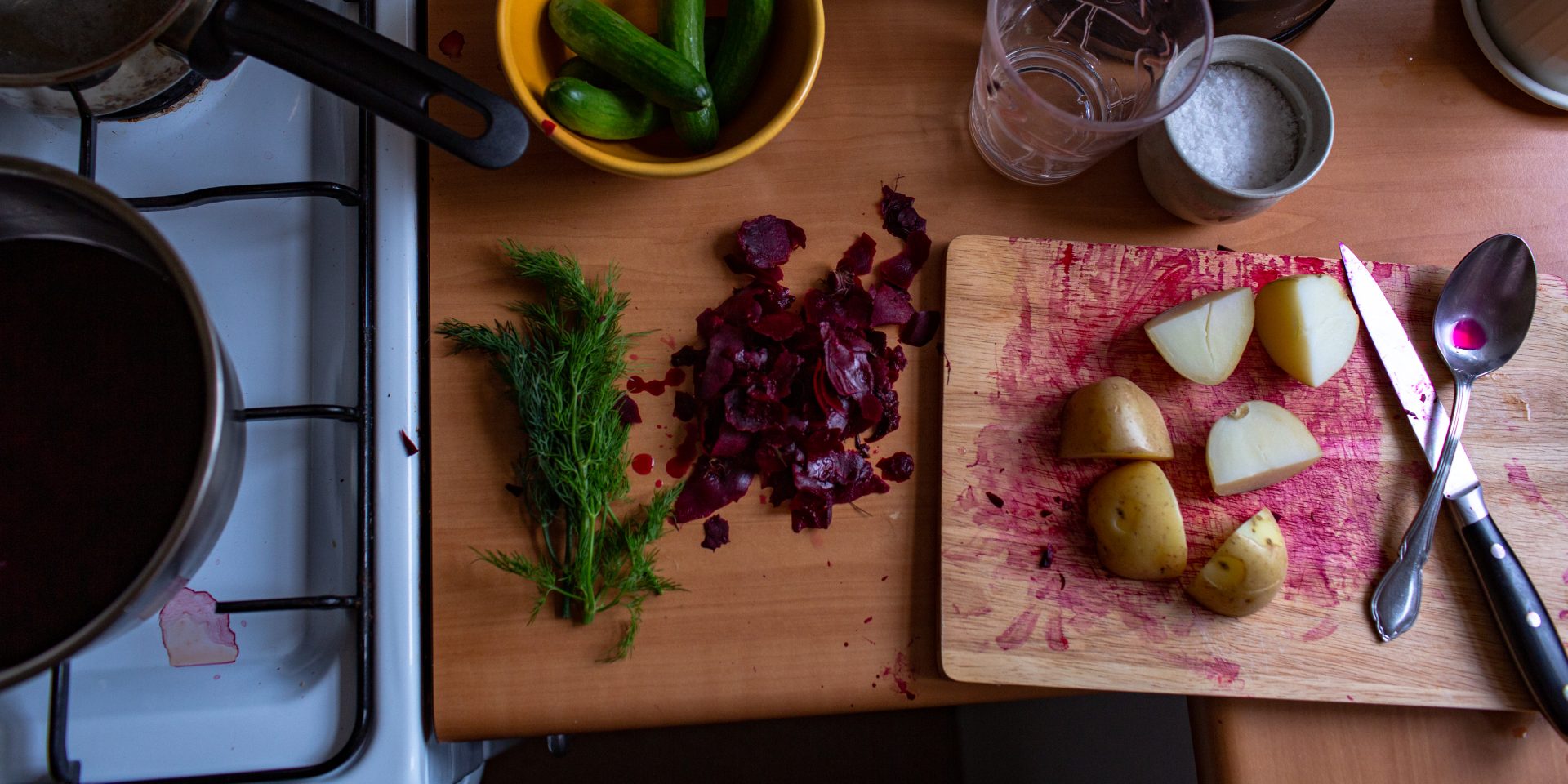 In 2014 in Moscow, Russia – Anna took up an ambitious and insightful project of cooking the dishes from the one and only cookbook available in the USSR “The Book of Tasty & Healthy Food” (first published in 1939) with the supervision from her babushka (grandmother) Elena who grew up in the Soviet era. The book is filled with tips for every Soviet housewife on how to create healthy and tasty food, how to set the perfect table, choose the best wine and organise their time in the kitchen. It is also filled with stunning and lavish food images showcasing what Soviet families should attain to achieve in their kitchen and meal times.

As a food history writer and educator, this project let Anna to delve into social history and be creative in her cooking approach adapting the Soviet recipes to suit the modern diet. Cooking for Anna is not just about mixing the ingredients. It’s a way for her to learn and connect with the history and keep memories going. After 2 years of posting her blog entries on the iconic Soviet recipes, Anna put together all the contents into her first book called The Soviet Diet Cookbook. (You can purchase the e-book version here). I myself am intrigued to create both the original Soviet Pizza and Anna’s version in my kitchen one day.

Meeting and getting to know Anna for the first time at her Sydney home, I felt a connection where we both take interest in food culture beyond recipes and cooking techniques. That morning Anna cooked me her Ukrainian great grandmother’s recipe of Svekolnik, a cold marinated beetroot soup with soft boiled egg, perfect for hot summery days. Made with some simple fresh ingredients that are transformed into a dish that’s rich in history, nostalgia as well as the most vivid colours. Anna hosted online cooking session creating this dish as part of fundraising for #CookForUkraine.

Who Anna Kharzeeva
Home is Russian Jews
I can’t live without rye bread
Dream Job writing
Currently I’m obsessed with childhood recipes (Blinis, Pirozhki, Borscht, Plov)
I will always have in my pantry Chickpeas, roasted buckwheat, sunflower seeds
I learnt to cook from my grandmother, friends & cooking classes
Currently I’m listening to Purple People Eater
One day I must visit France
Go to meal tuna salad
I am really good at writing, yeasted dough
The unforgettable meal Moroccan chicken on the Great Ocean Road in Victoria
My piece of Sydney Inner west and Botanic Garden
Favourite spice cumin and mint
Best flavour combo Potato and sour cream with dill
Guilty pleasure popcorn, nutella
Who does the dishes whoever doesn't cook 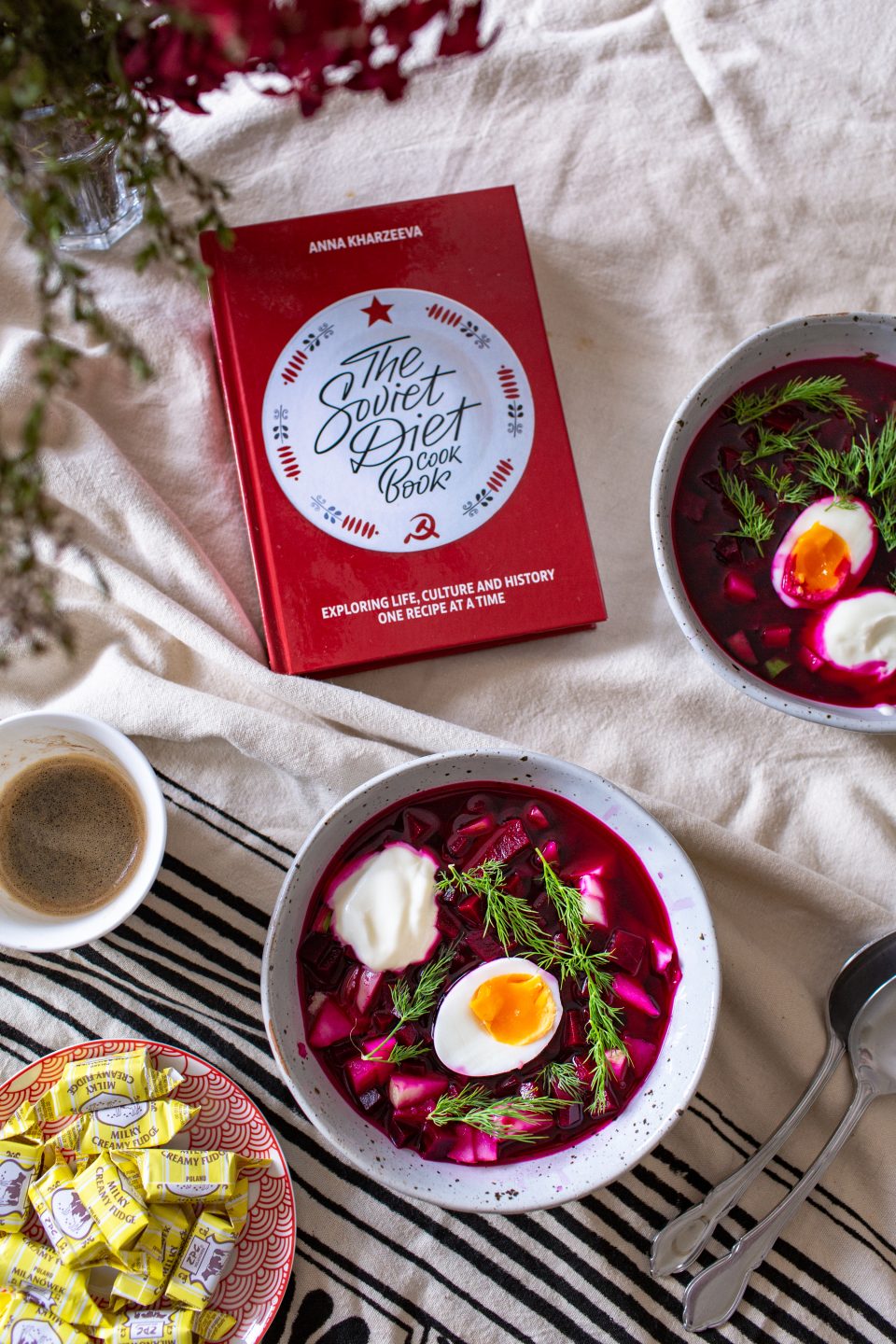 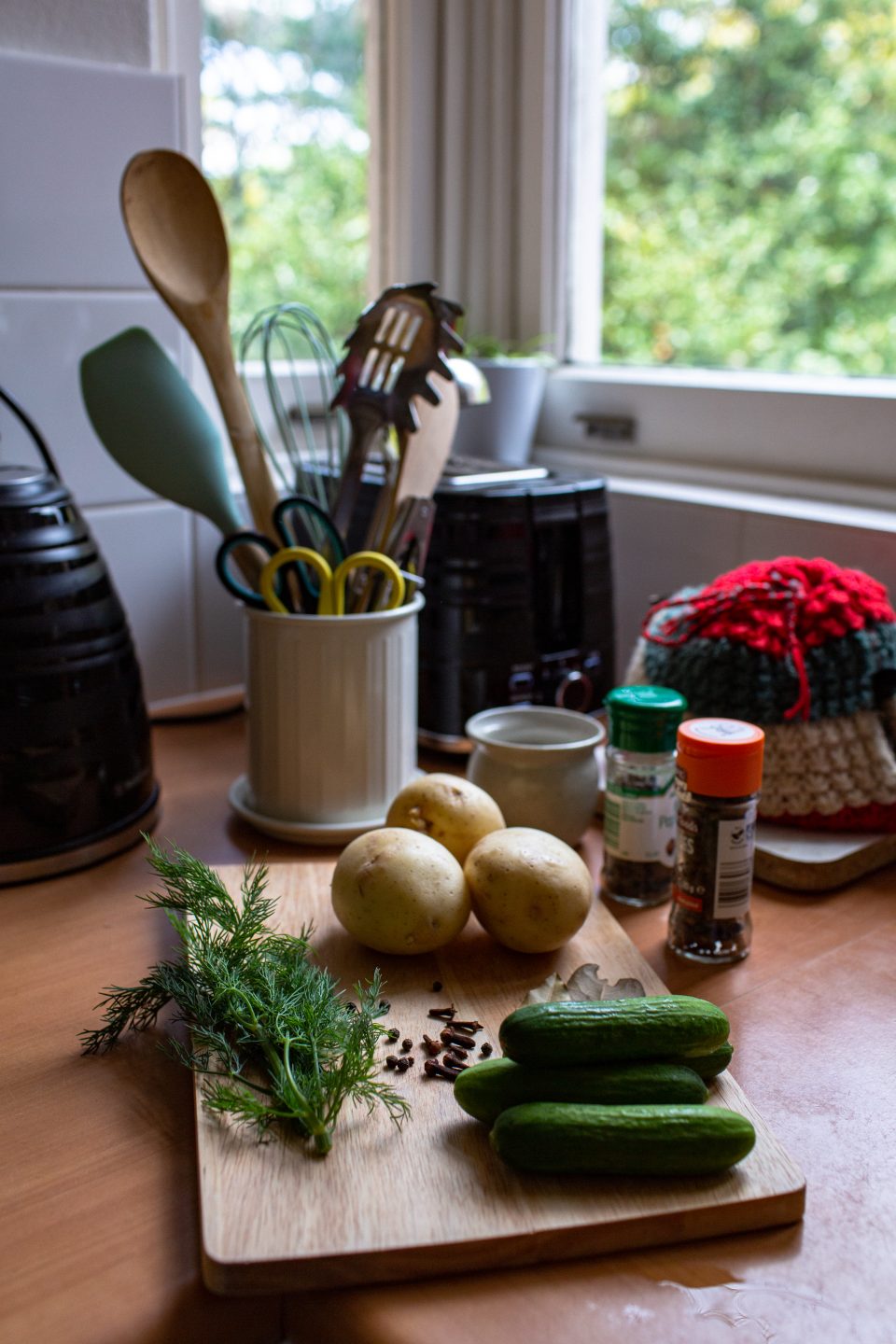 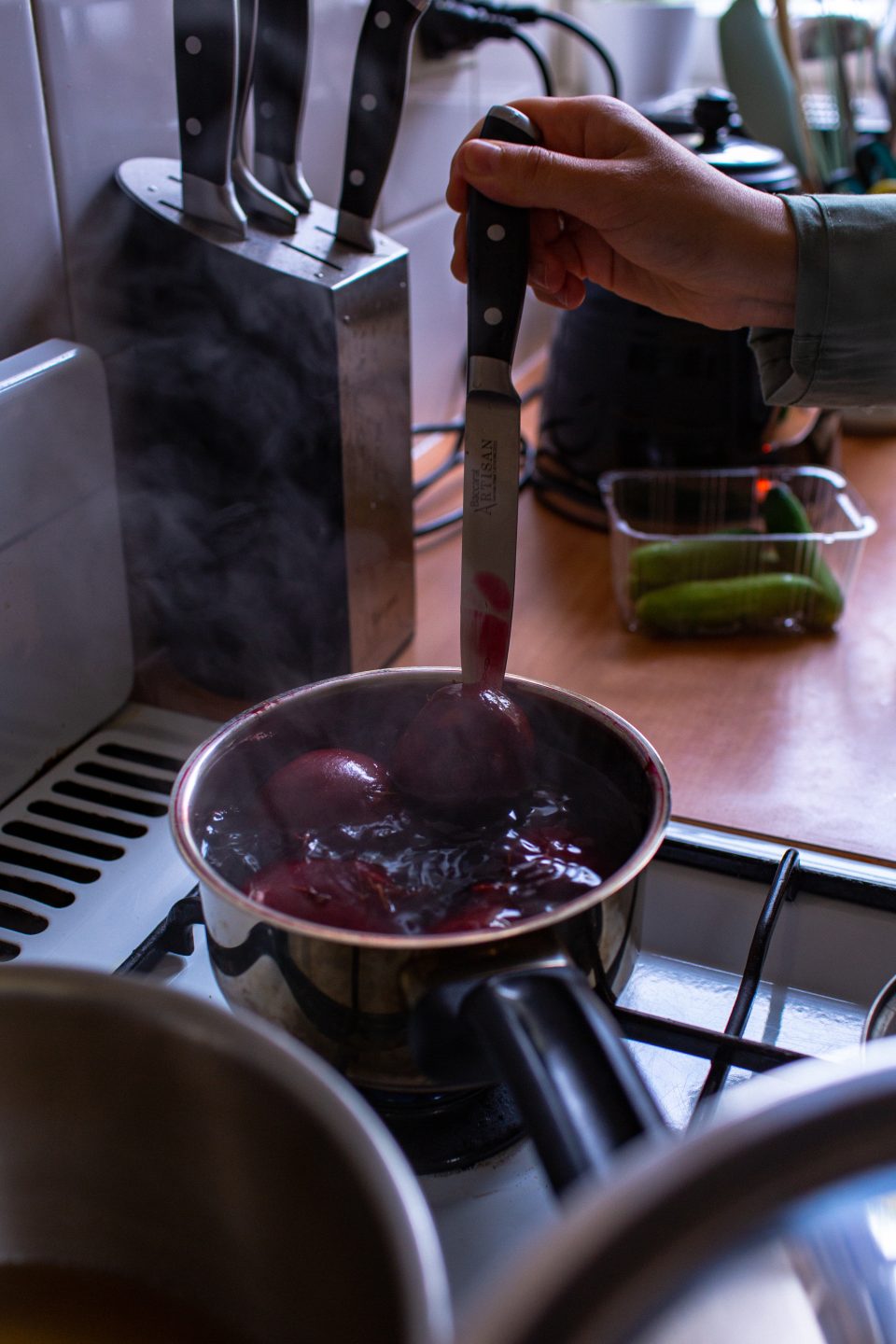 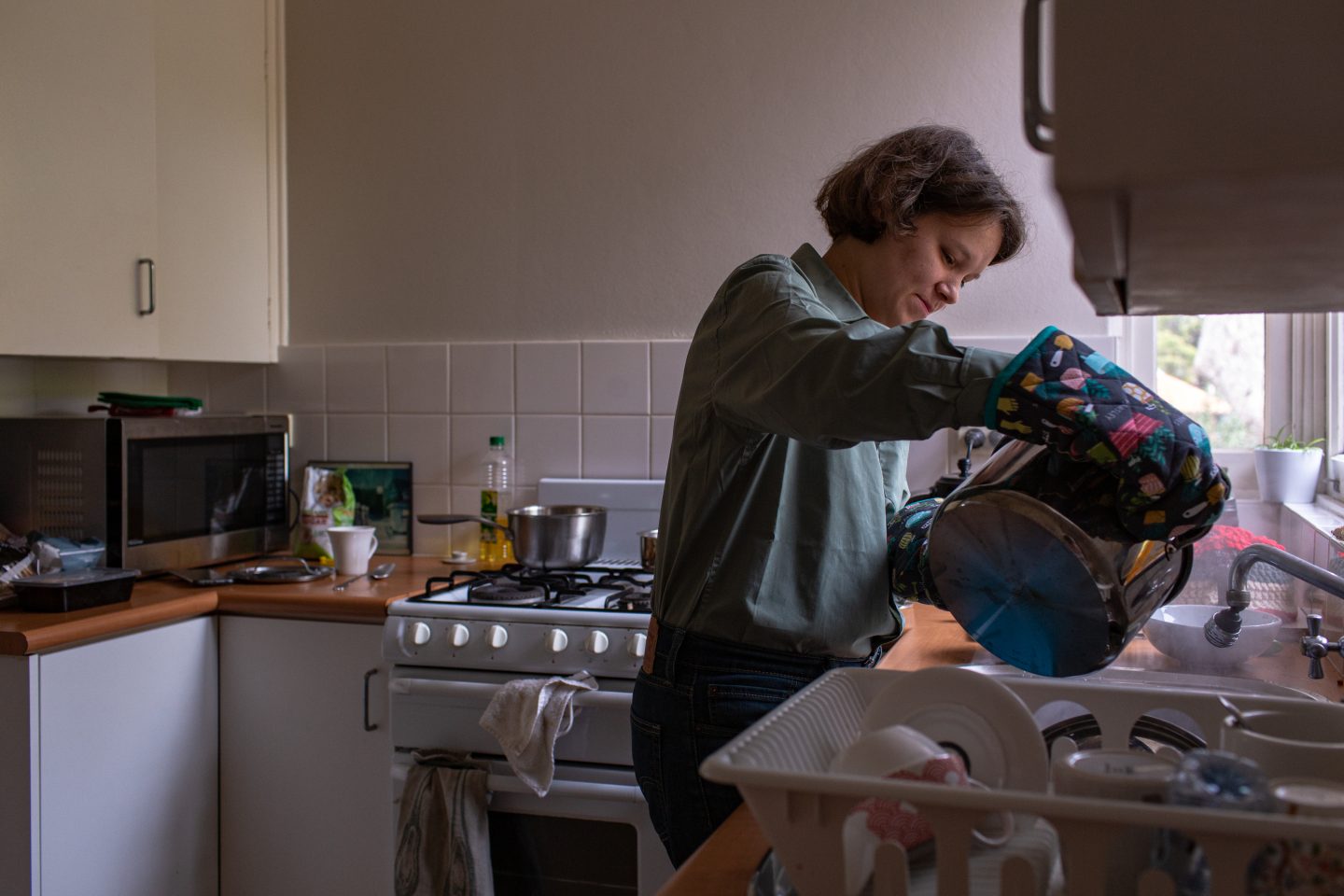 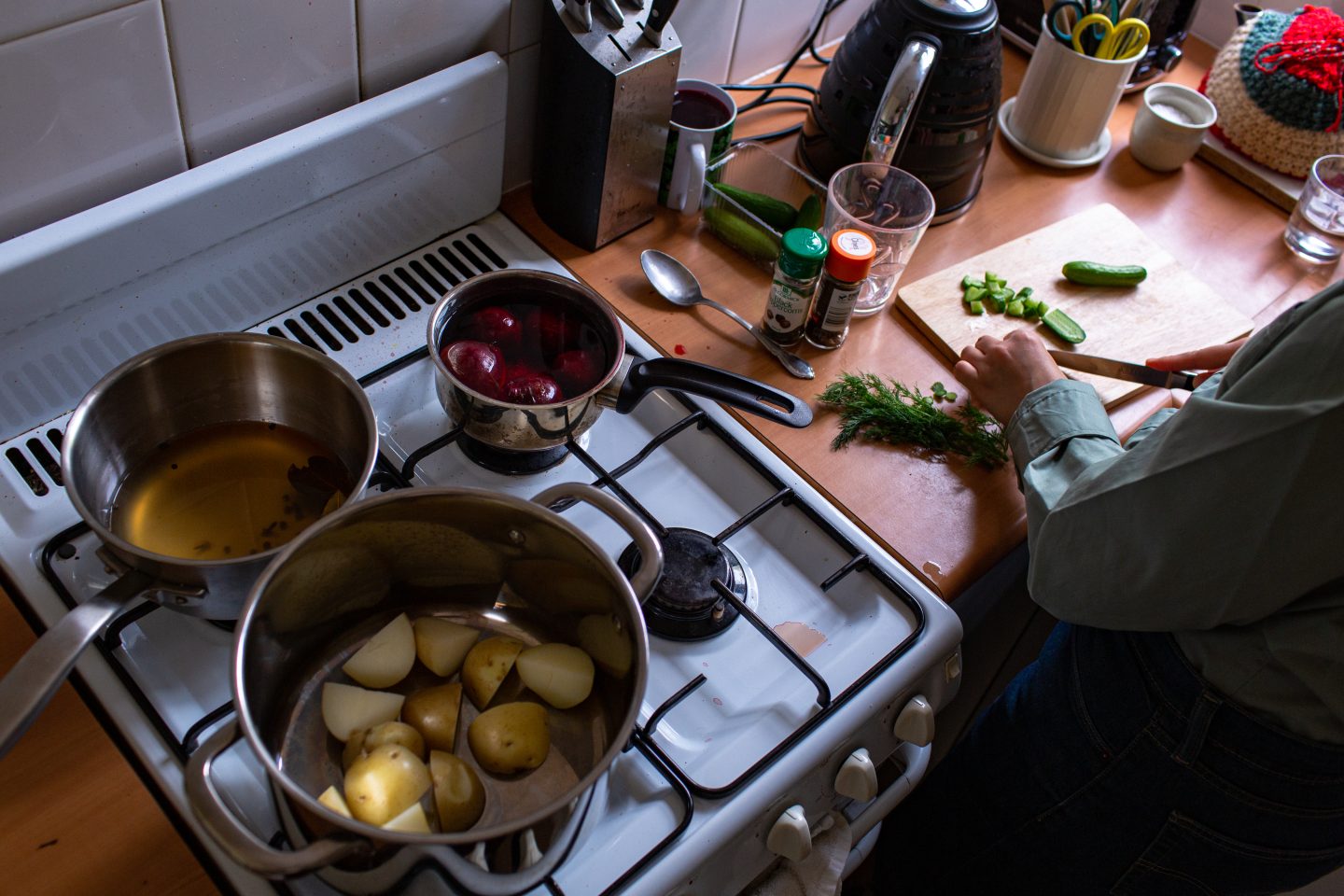 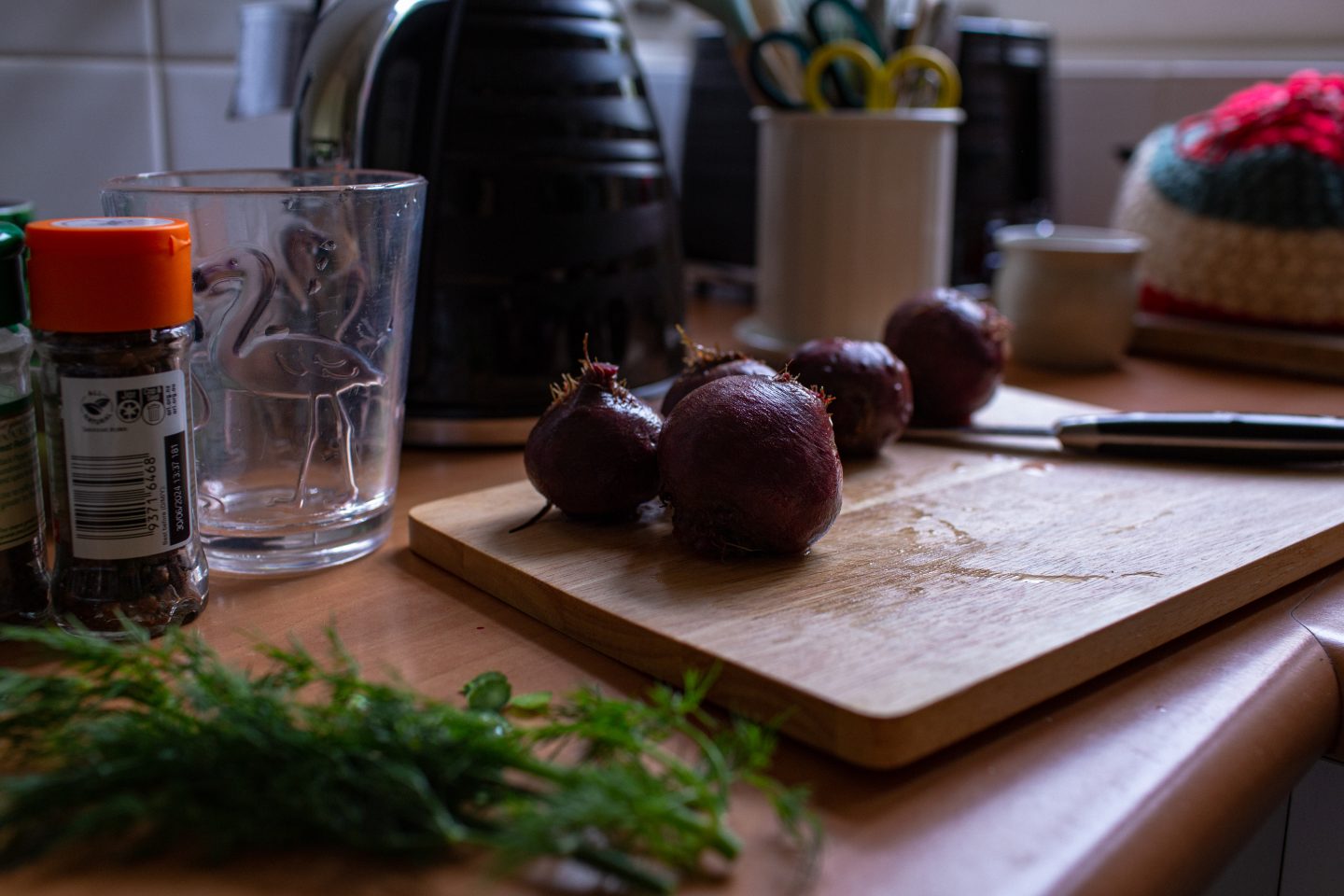 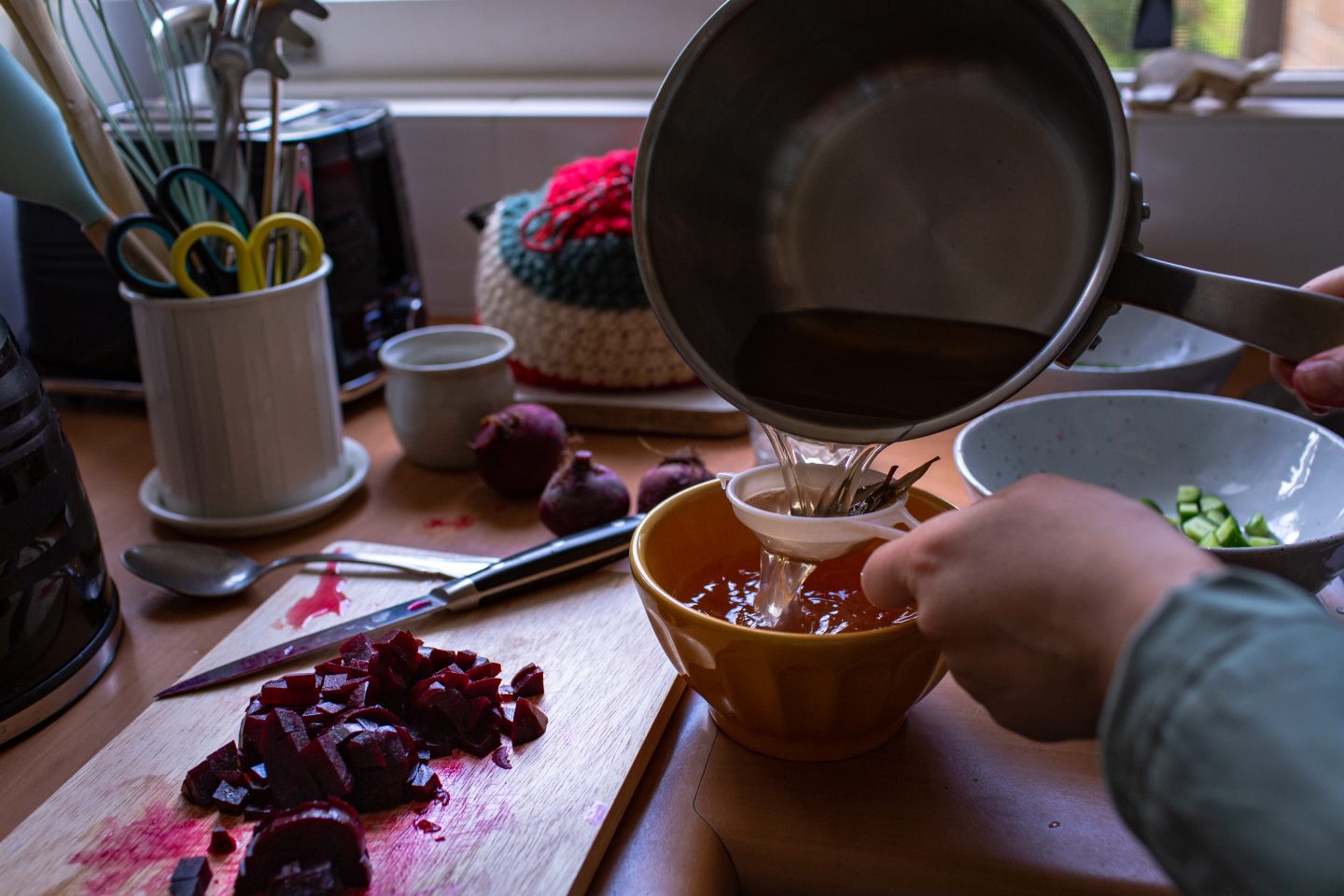 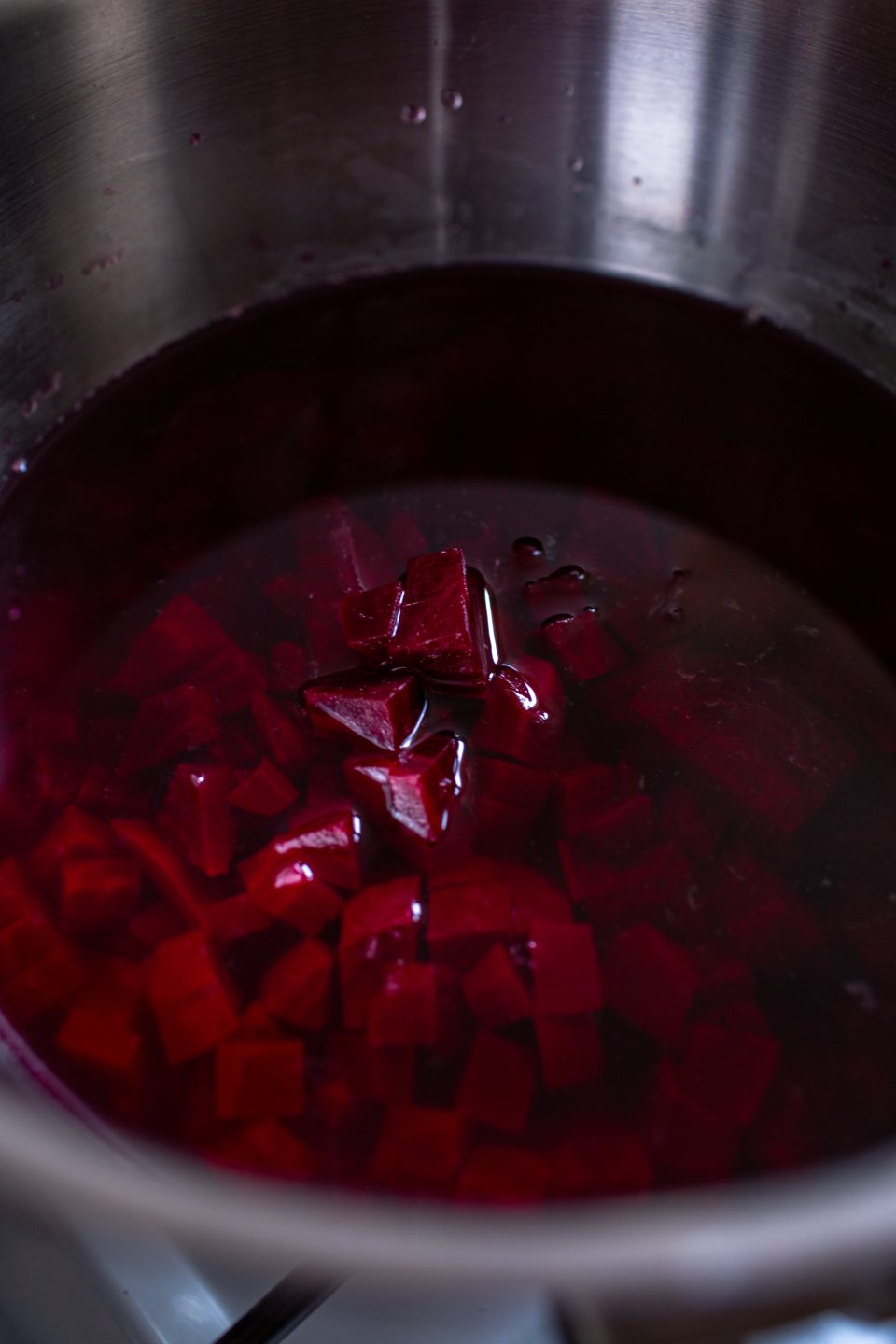 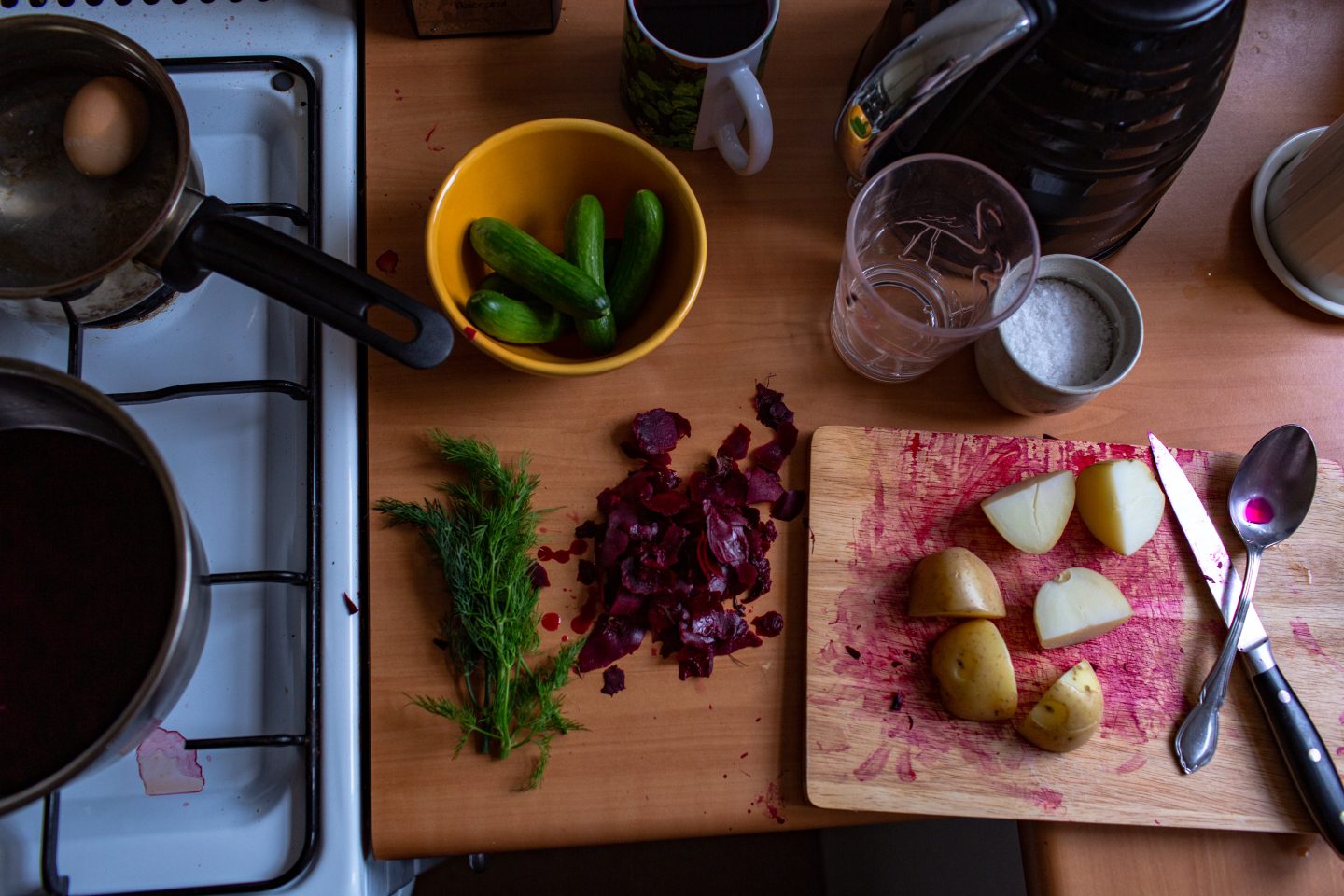 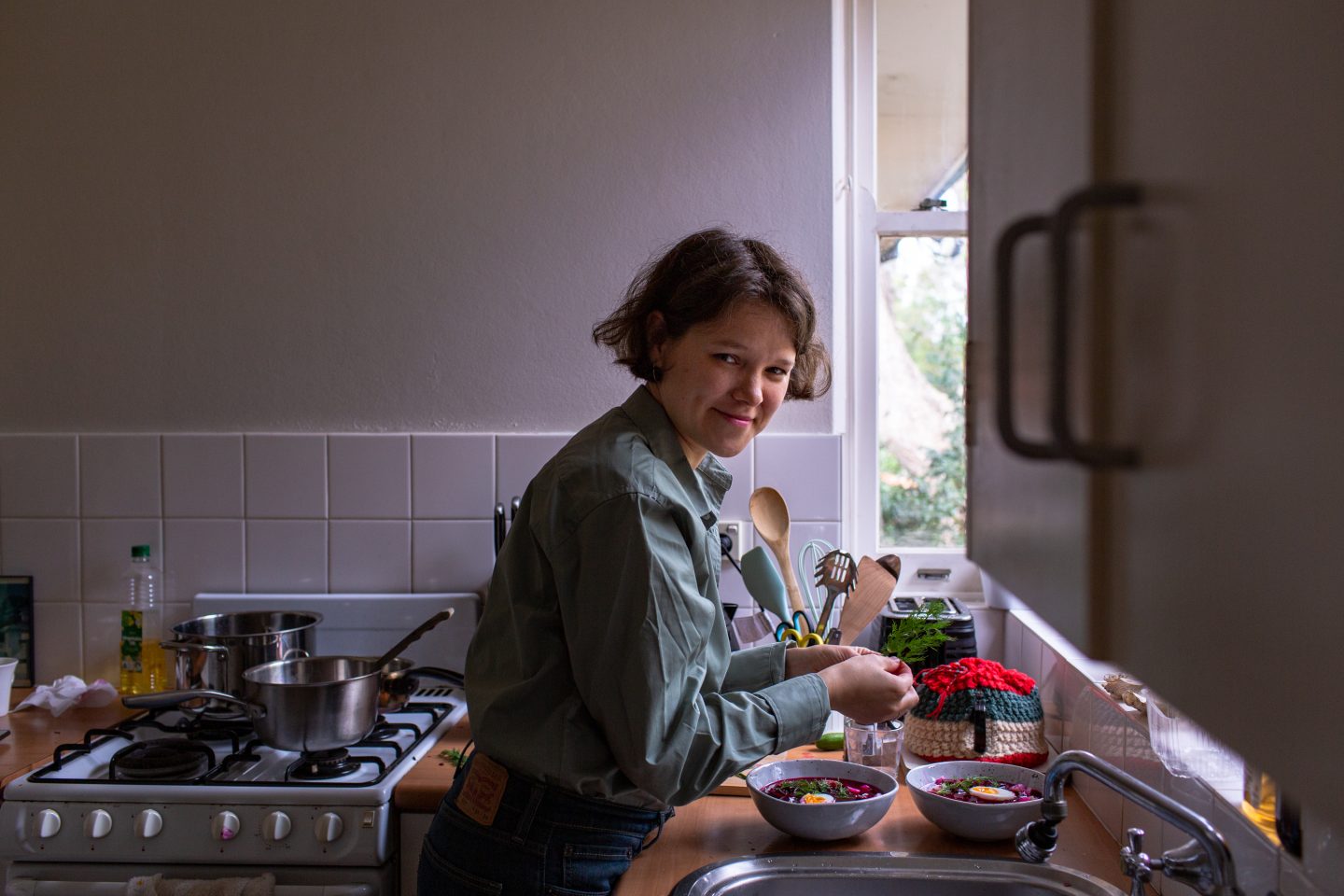 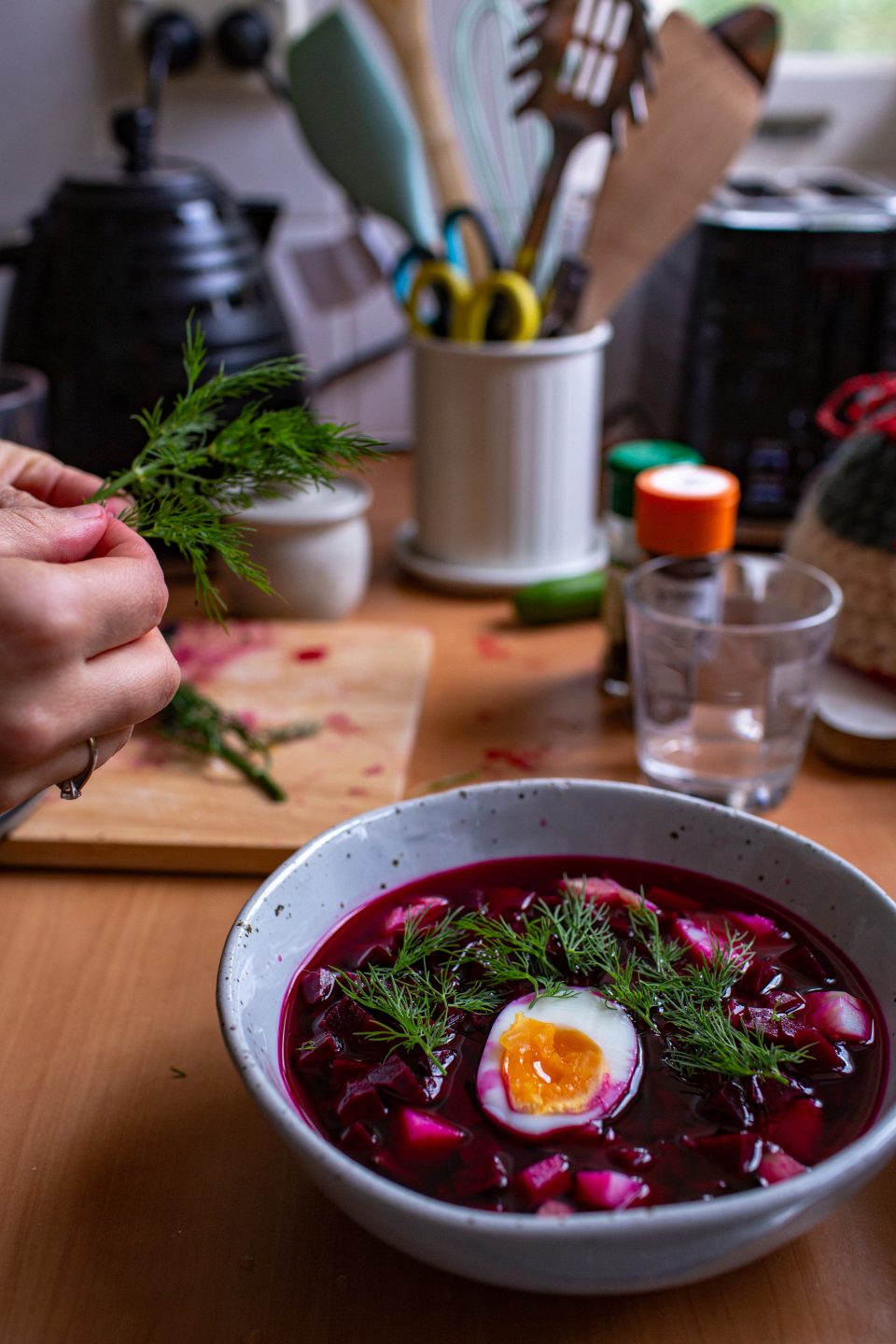 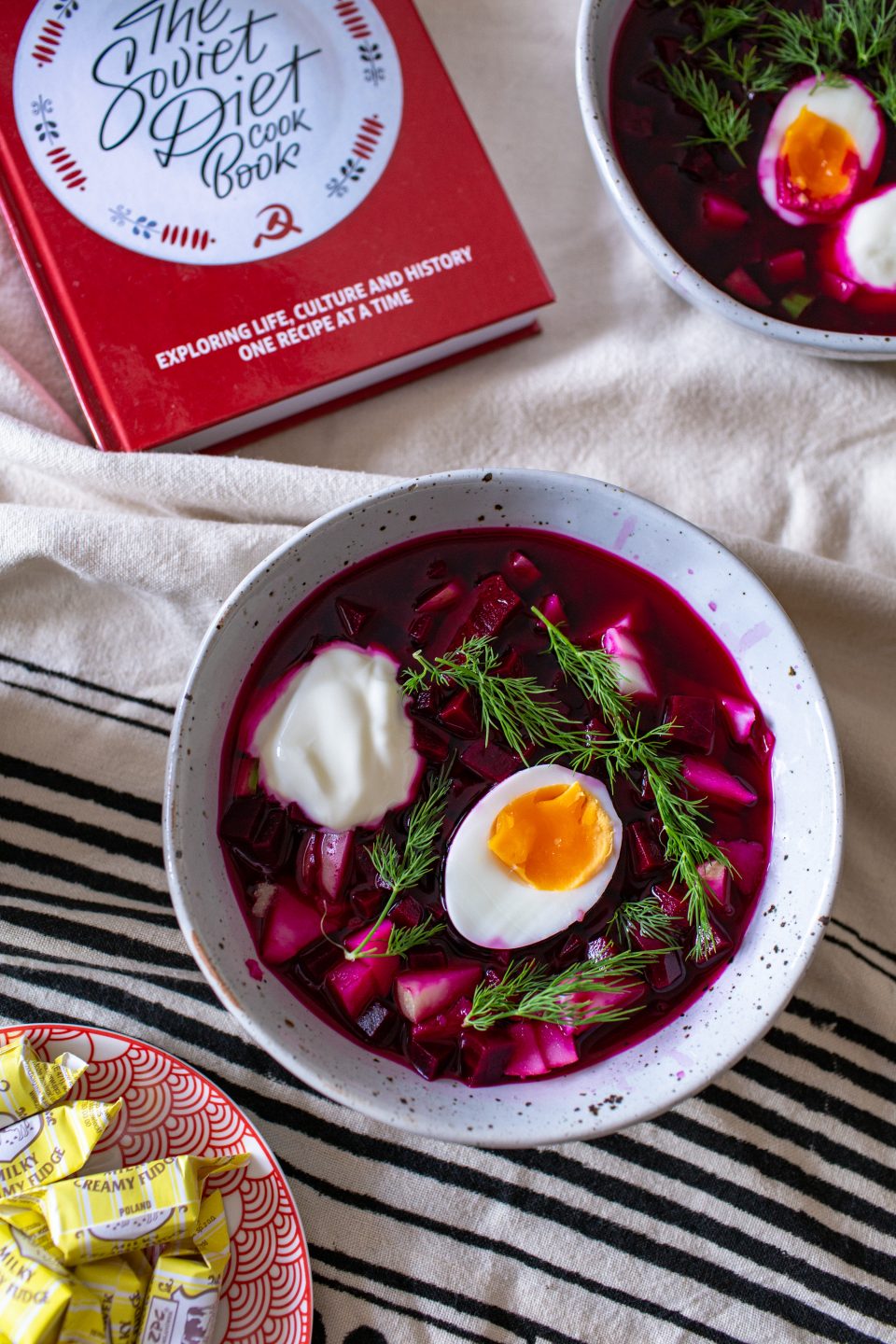 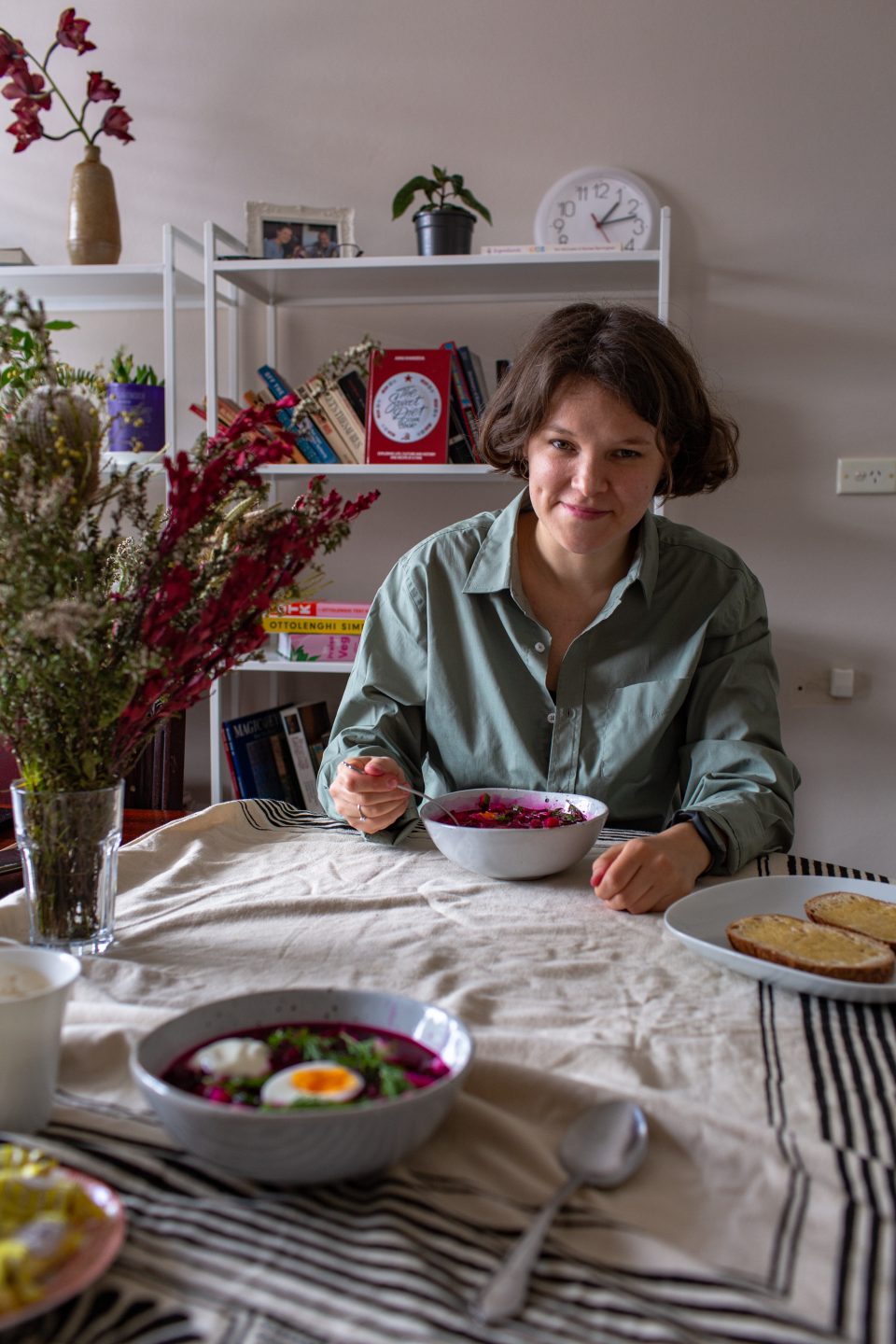 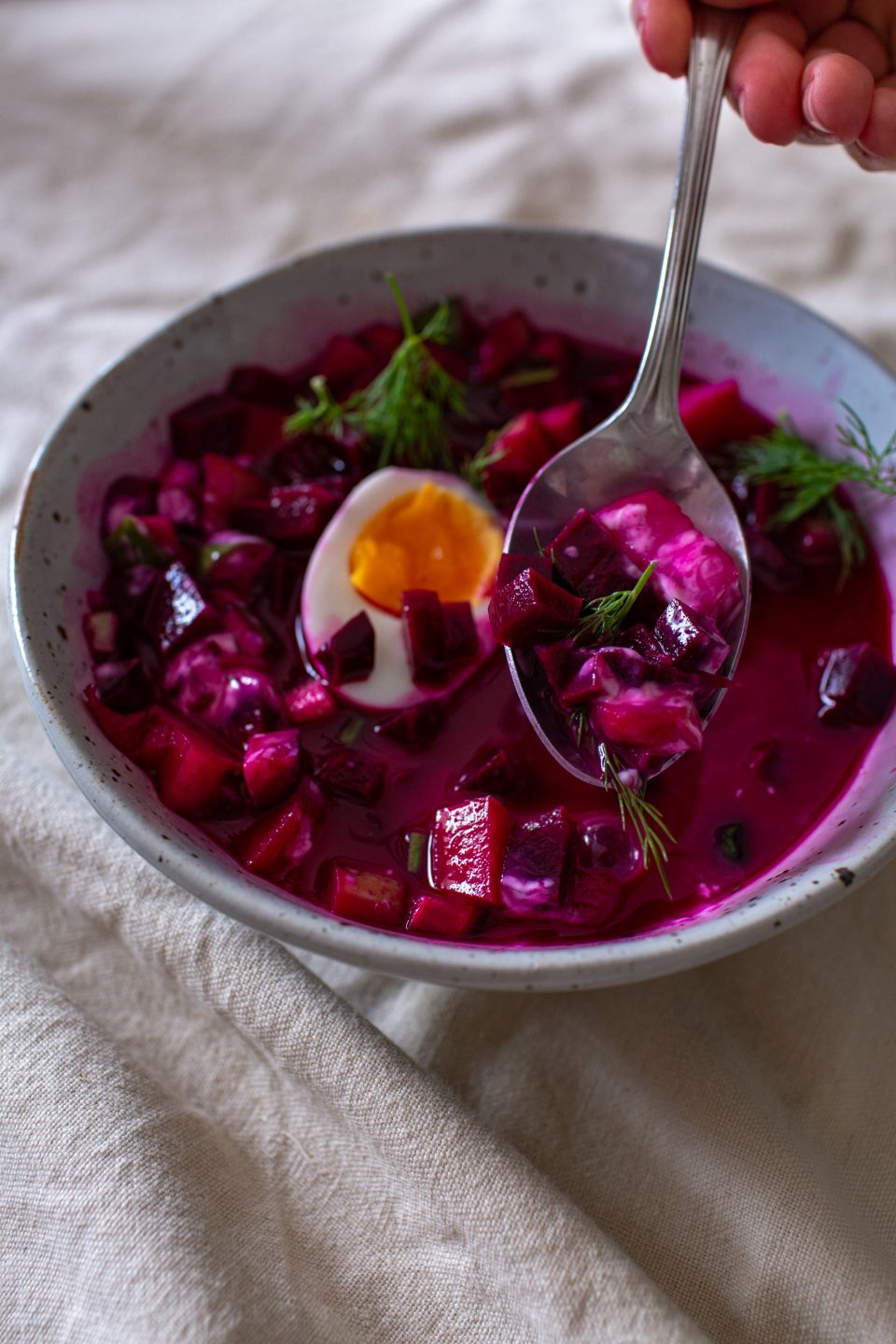 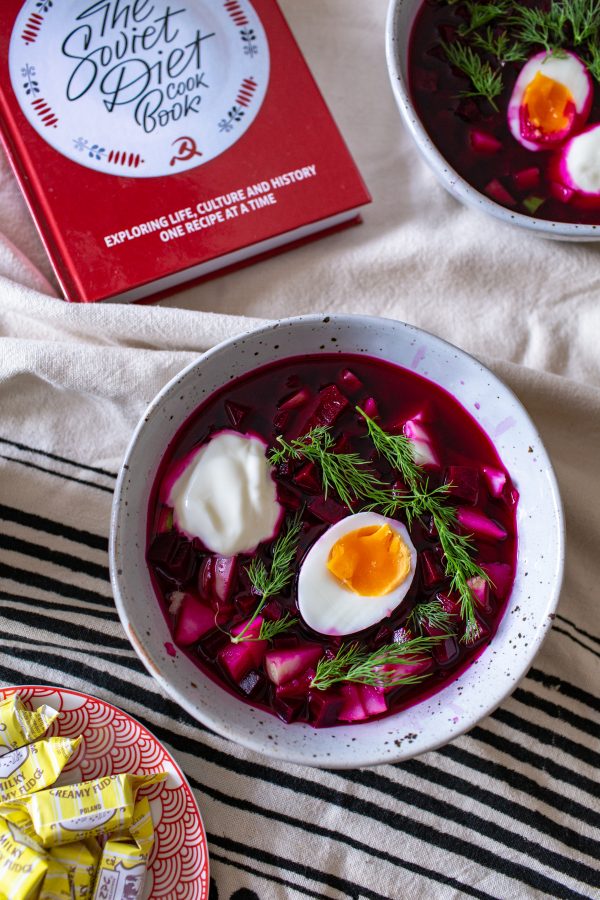 This entry was posted in Who. Bookmark the permalink. ← The Happy Hens Tamara Graffen →