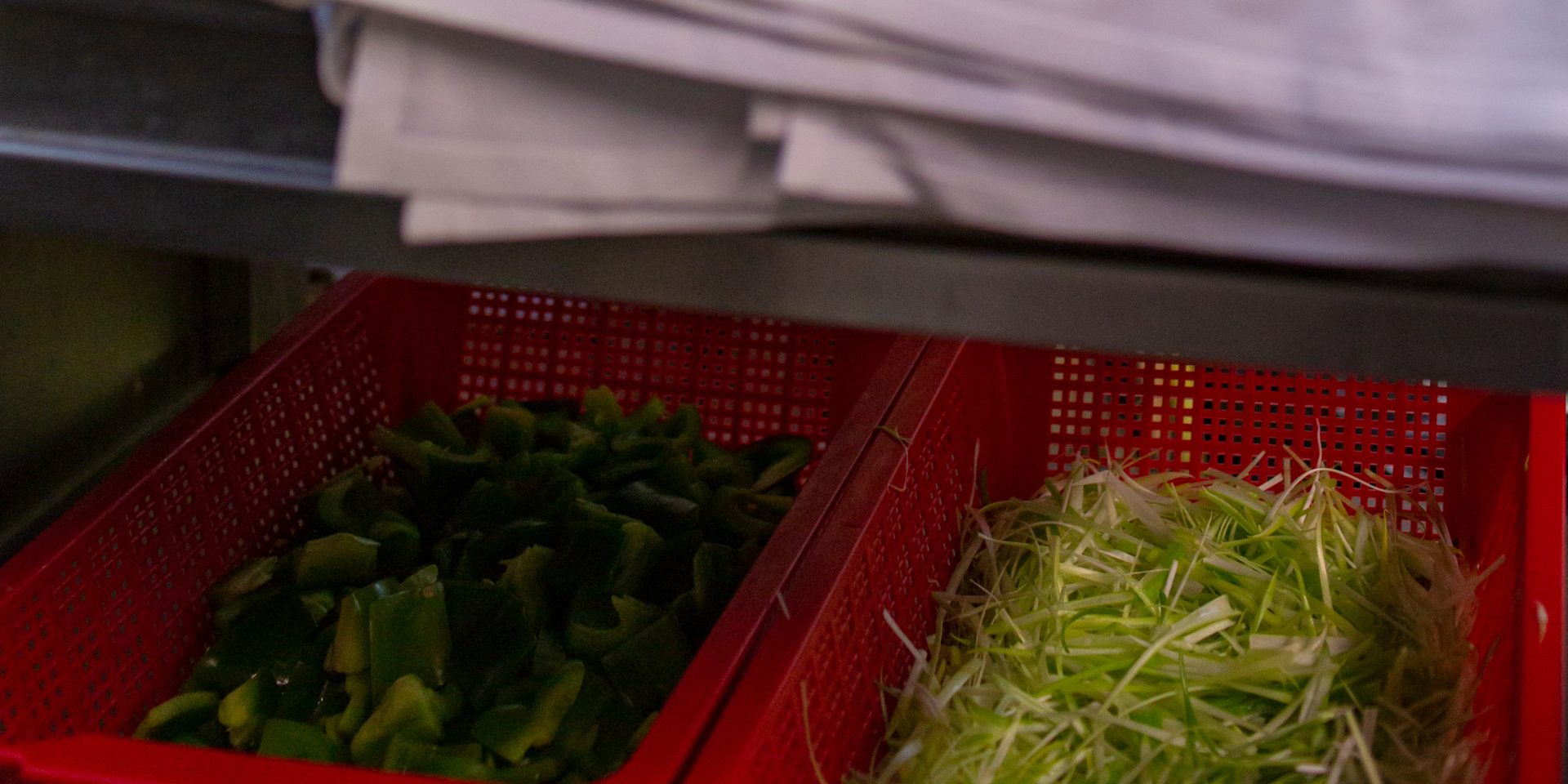 Growing up in Mauritius, Jerome‘s tastebuds were delighted by the amazing genre of cuisines available there from African, Indian, French and Chinese. Thanks to this, Jerome is obsessed with chilli/anything spicy! Over the years Jerome has been trying to introduce dishes that have more flavours to his children (as they gravitate towards the more bland food) and found this dish he has prepared today to be the winner – Honey Soy Chicken with Broccoli.

I’ve known of Jerome for many years as he was our City of Ryde Mayor from 2015-2016 & 2017-2022. At the time he was the youngest Mayor ever elected. During his time as Mayor, the community noticed a great deal of improvement, especially in the sustainability department. City of Ryde was one of the 24 councils across NSW to reach 100% renewable energy target 8 years early! With his great dedication to the community, it’s no surprise that Jerome won the Bennelong seat in recent federal election from the Liberal Party, becoming the second Labor Member in more than 70 years!

For the photoshoot, Sandy the owner of Noble House Restaurant in Eastwood, kindly offered his commercial kitchen for Jerome to cook his kids’ favourite dish. Very bold move for Jerome to wear white shirt on the day but skilfully he managed to avoid any obvious stain on it.

On the day, a couple of local members happened to be visiting Noble House Restaurant too. Justin Li the creator of the popular memes ‘dealer’ Humans of Eastwood and Joey Chan Plowman – the Vice President of Australian Asian Association of Bennelong (AAAB). Naturally Jerome was under (a little bit of) pressure to present to them his authentic Chinese dish. After a taste test by Joey, Justin and Sandy – everyone applauded his culinary skill. Not just a great politician after all! 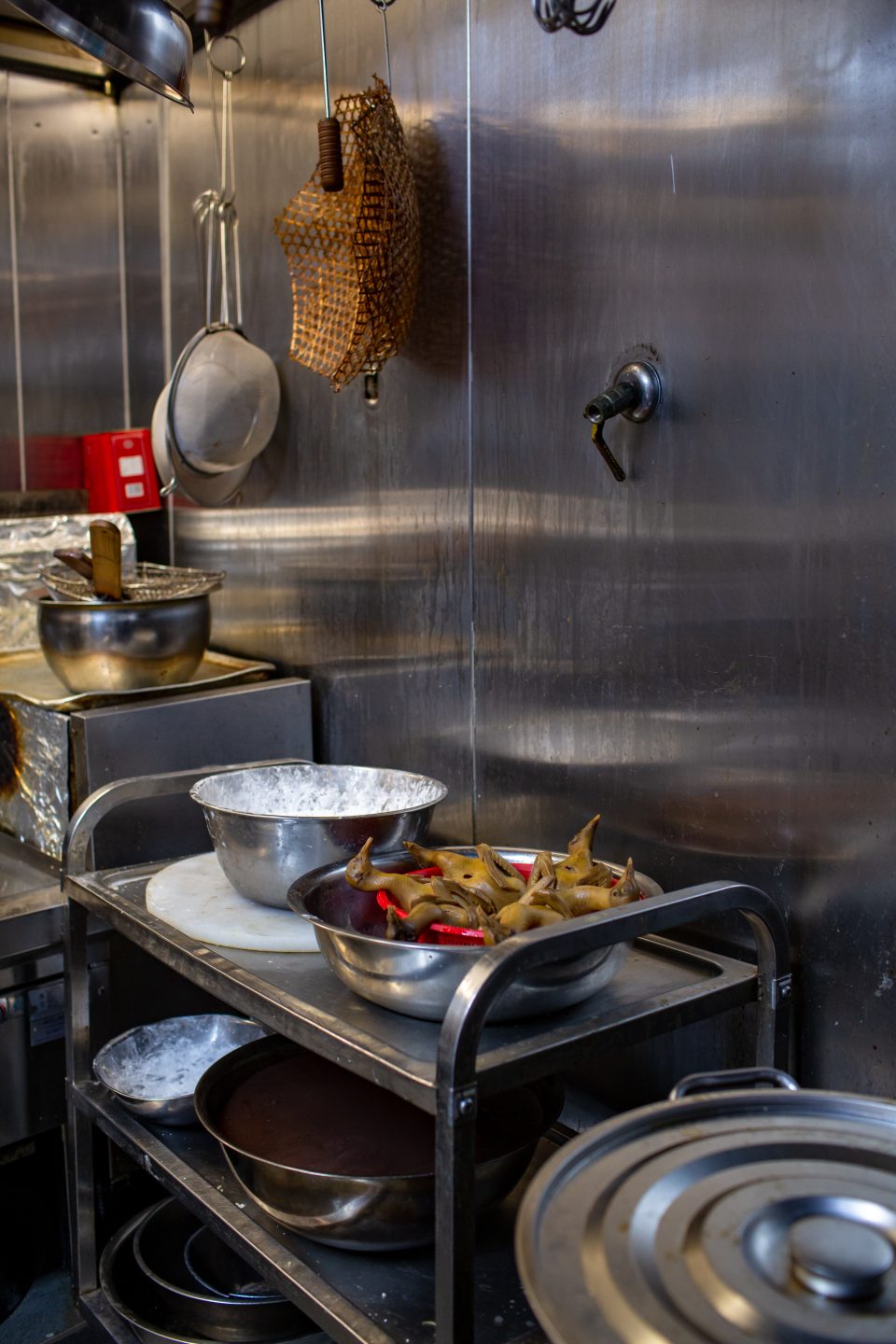 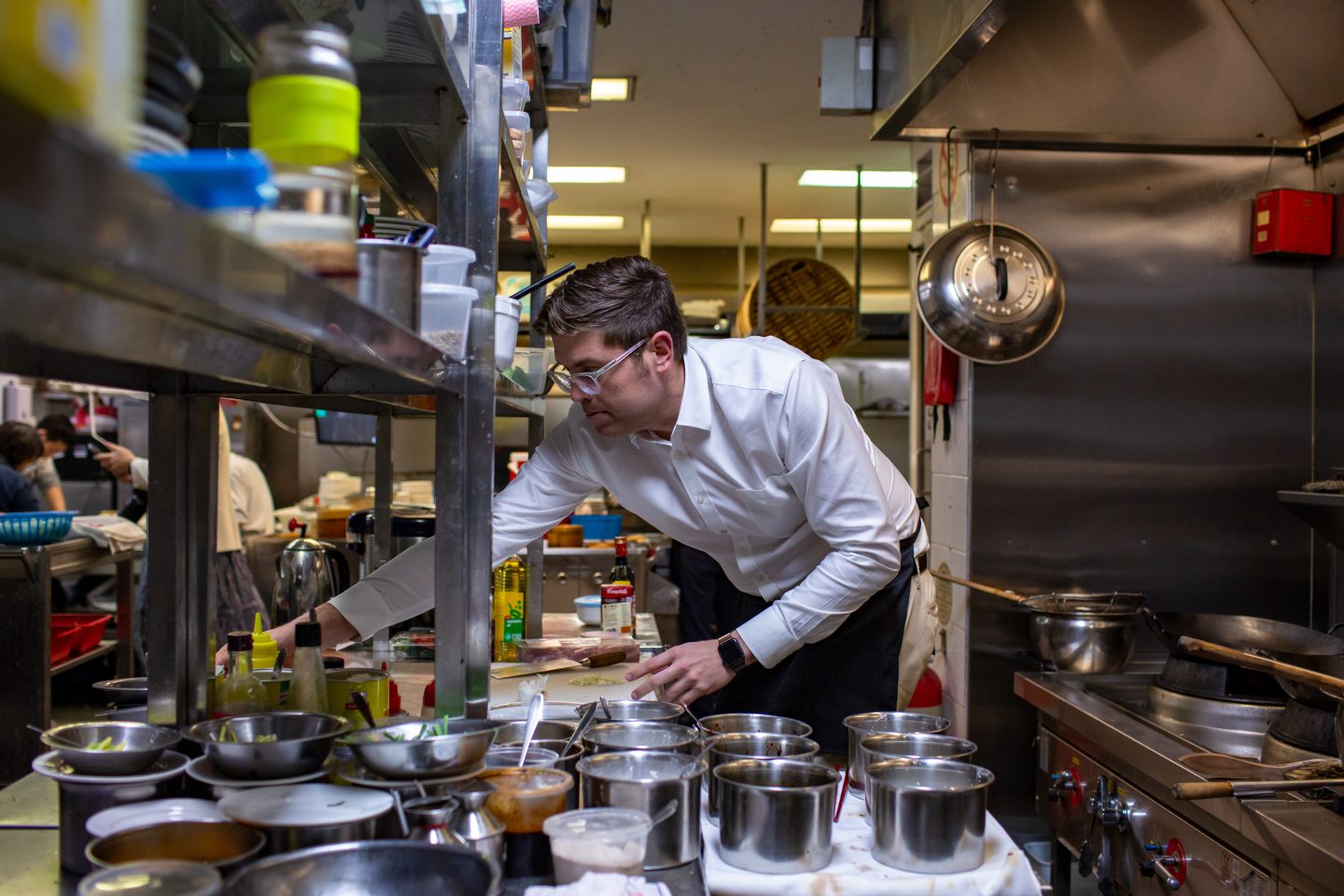 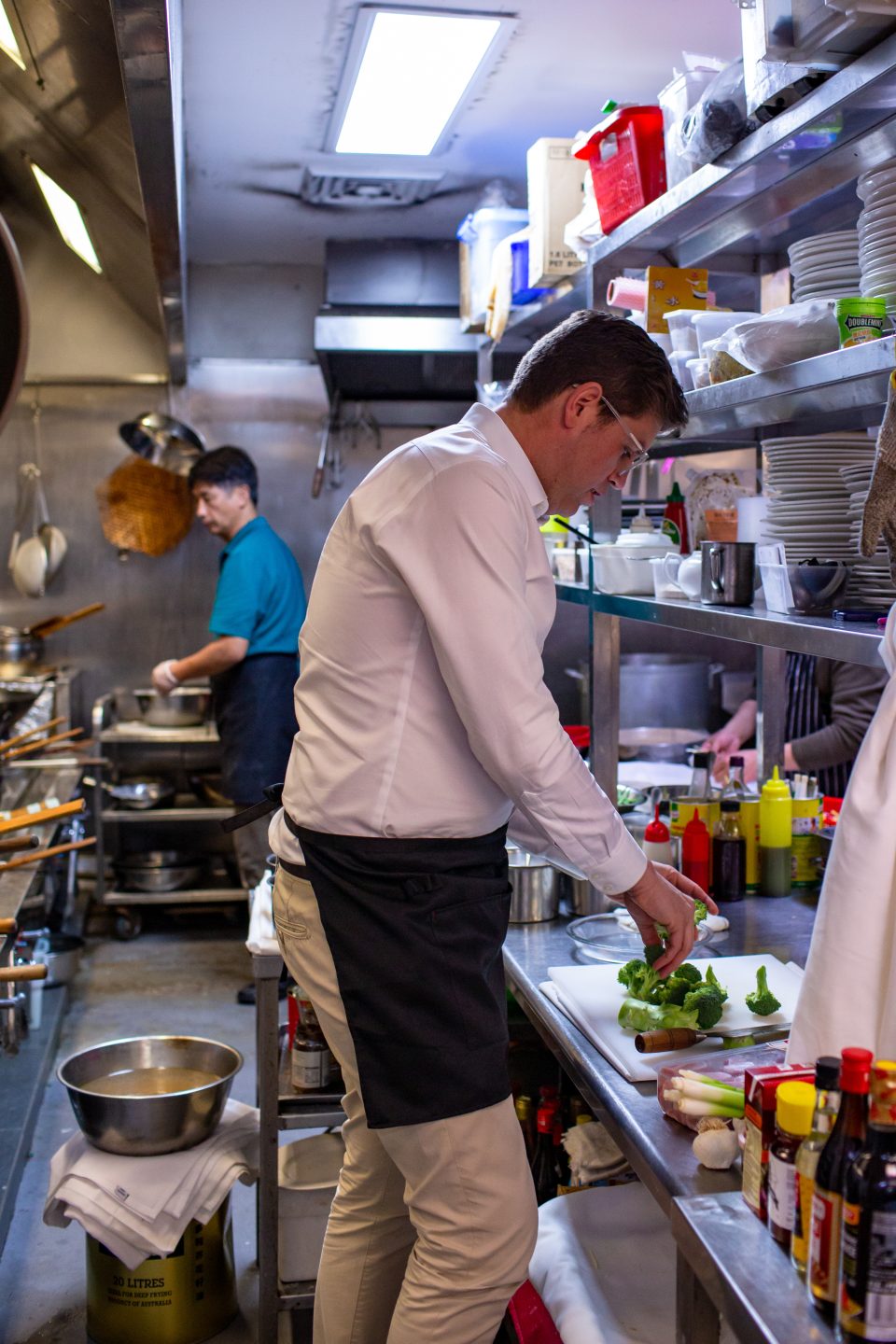 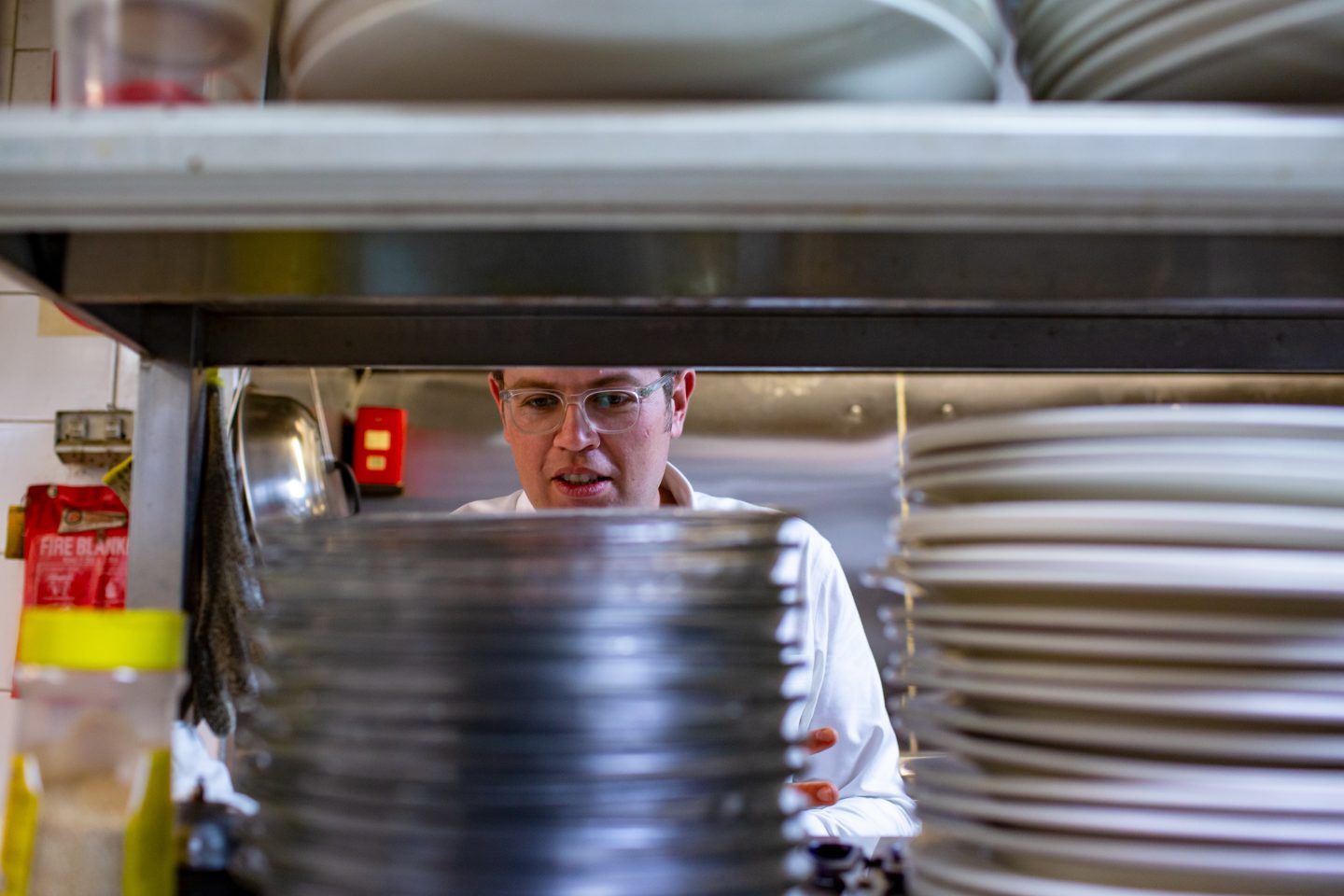 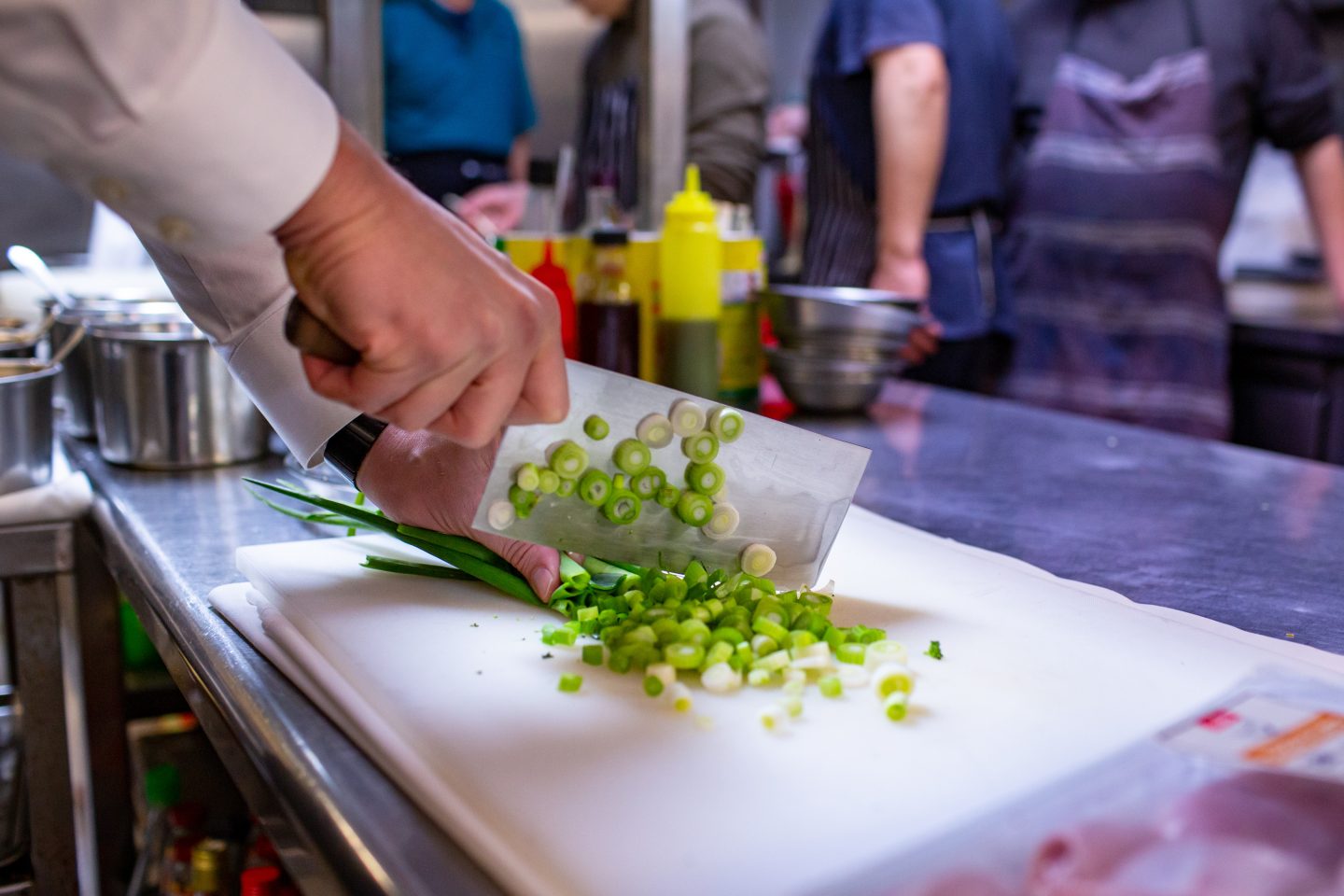 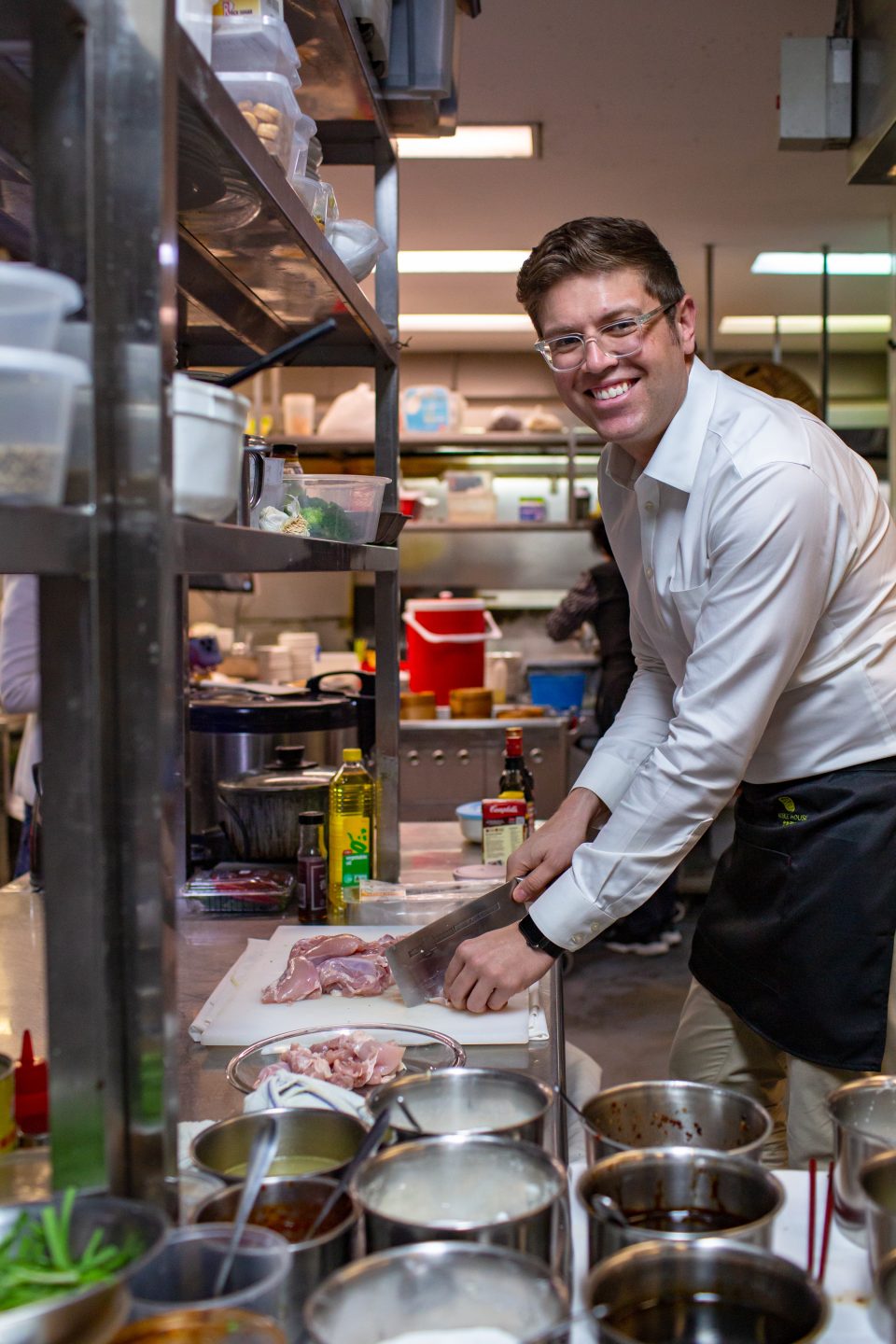 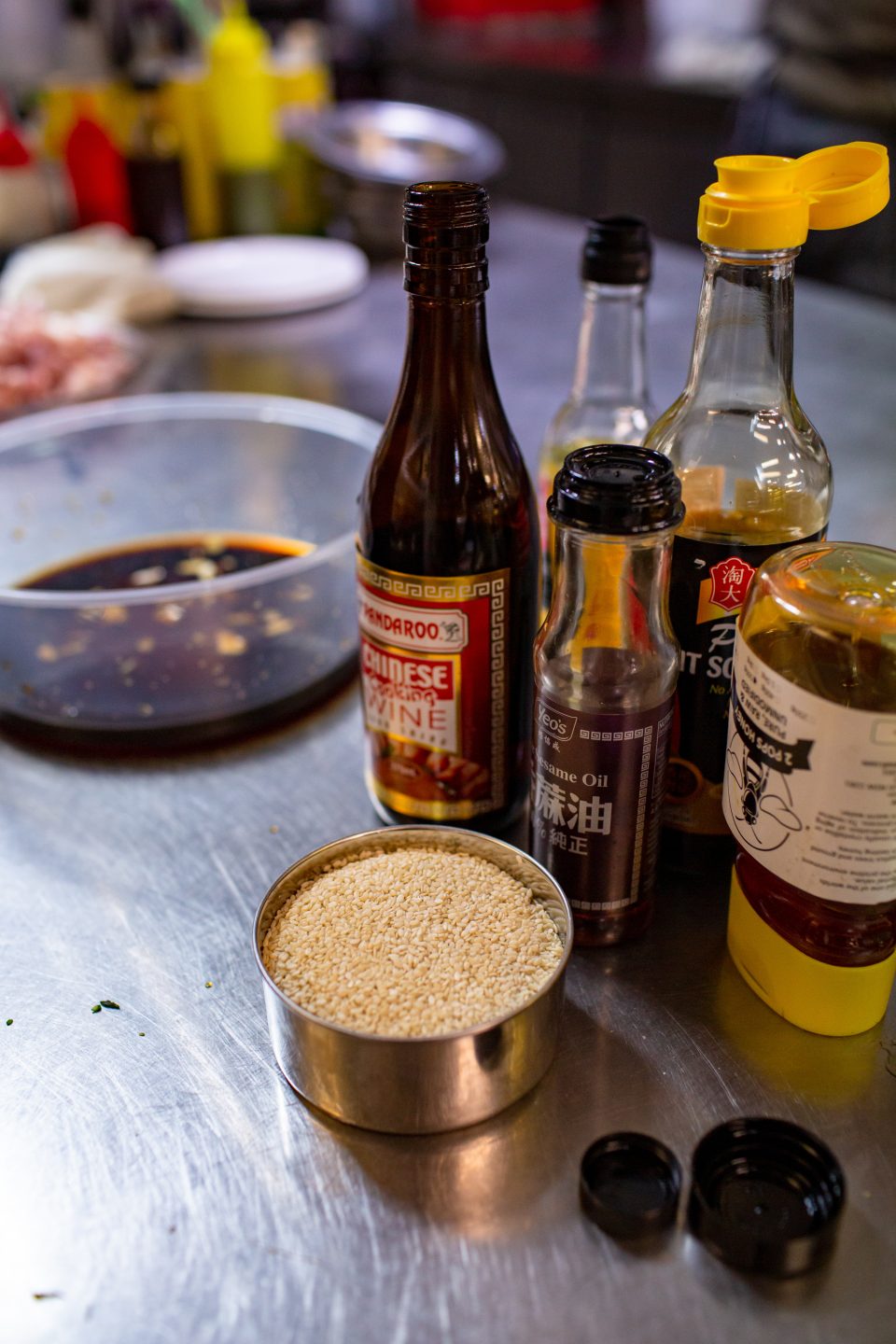 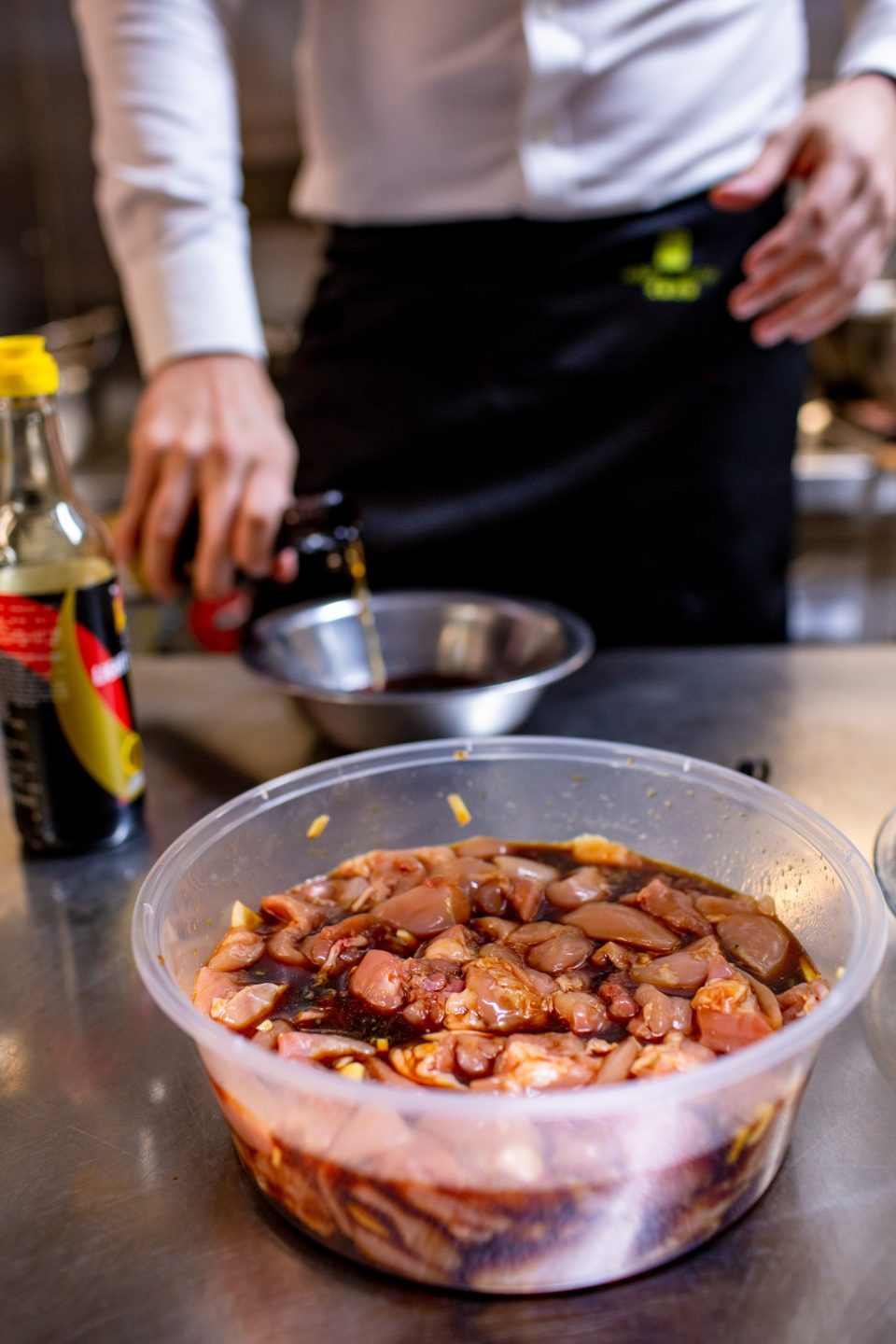 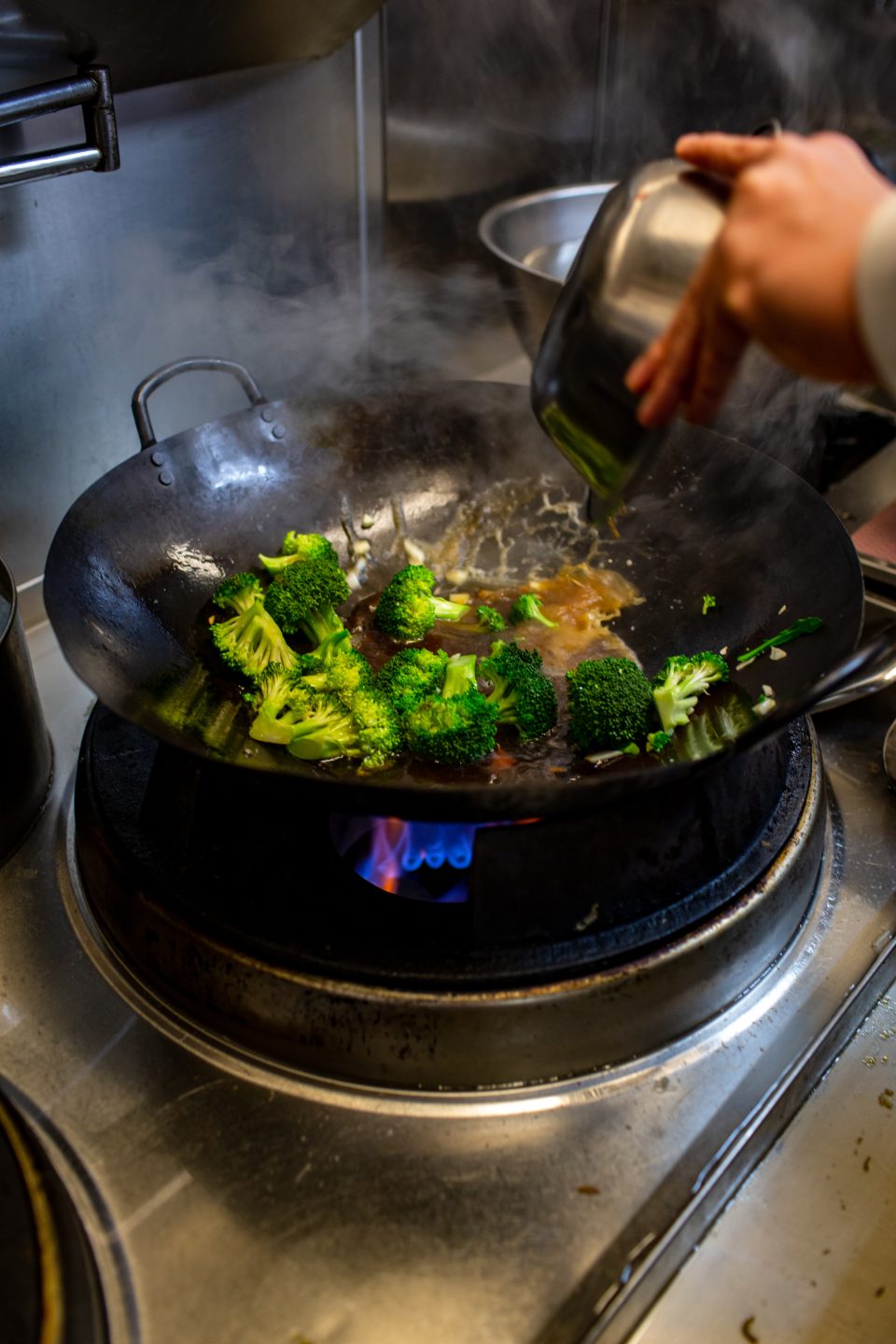 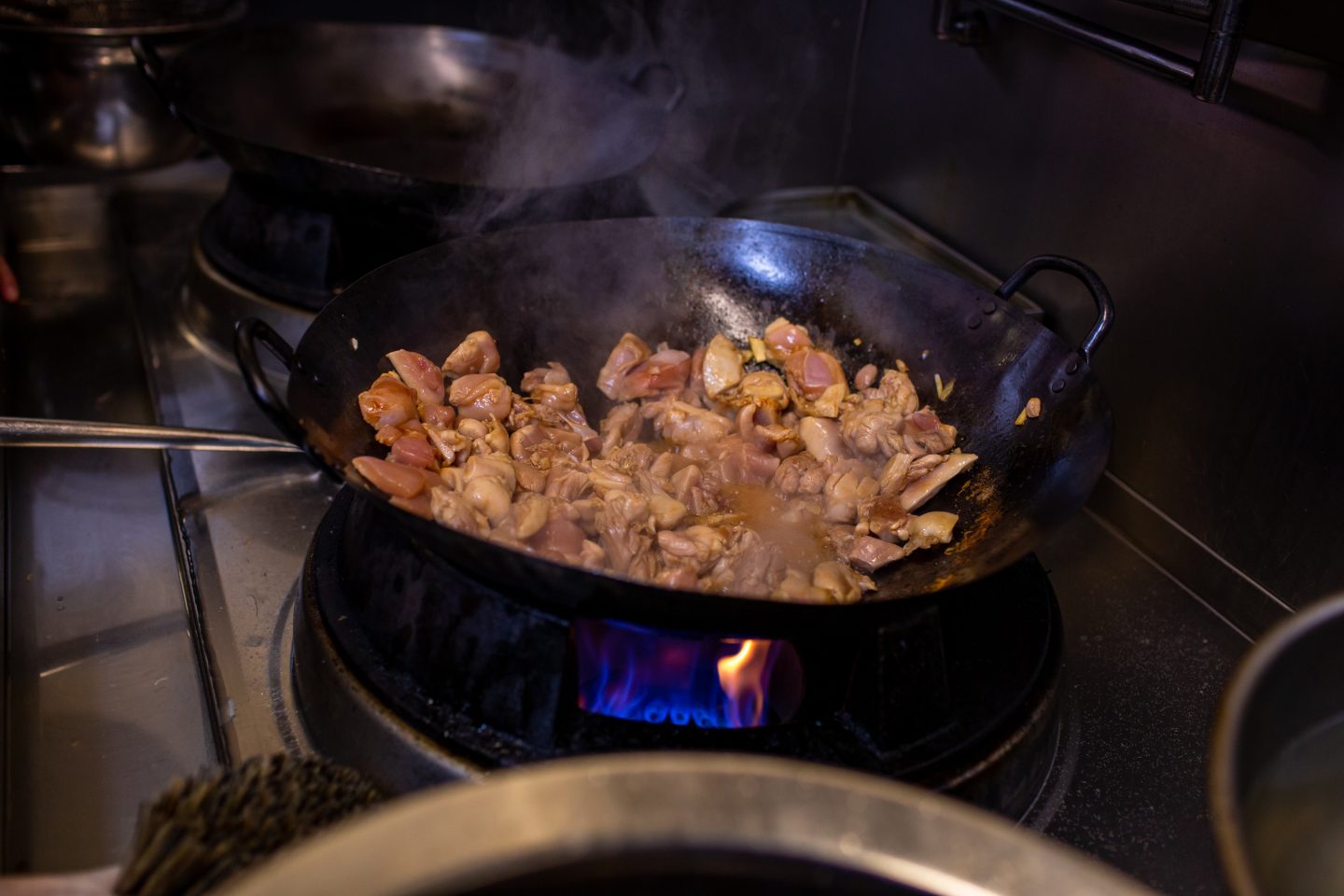 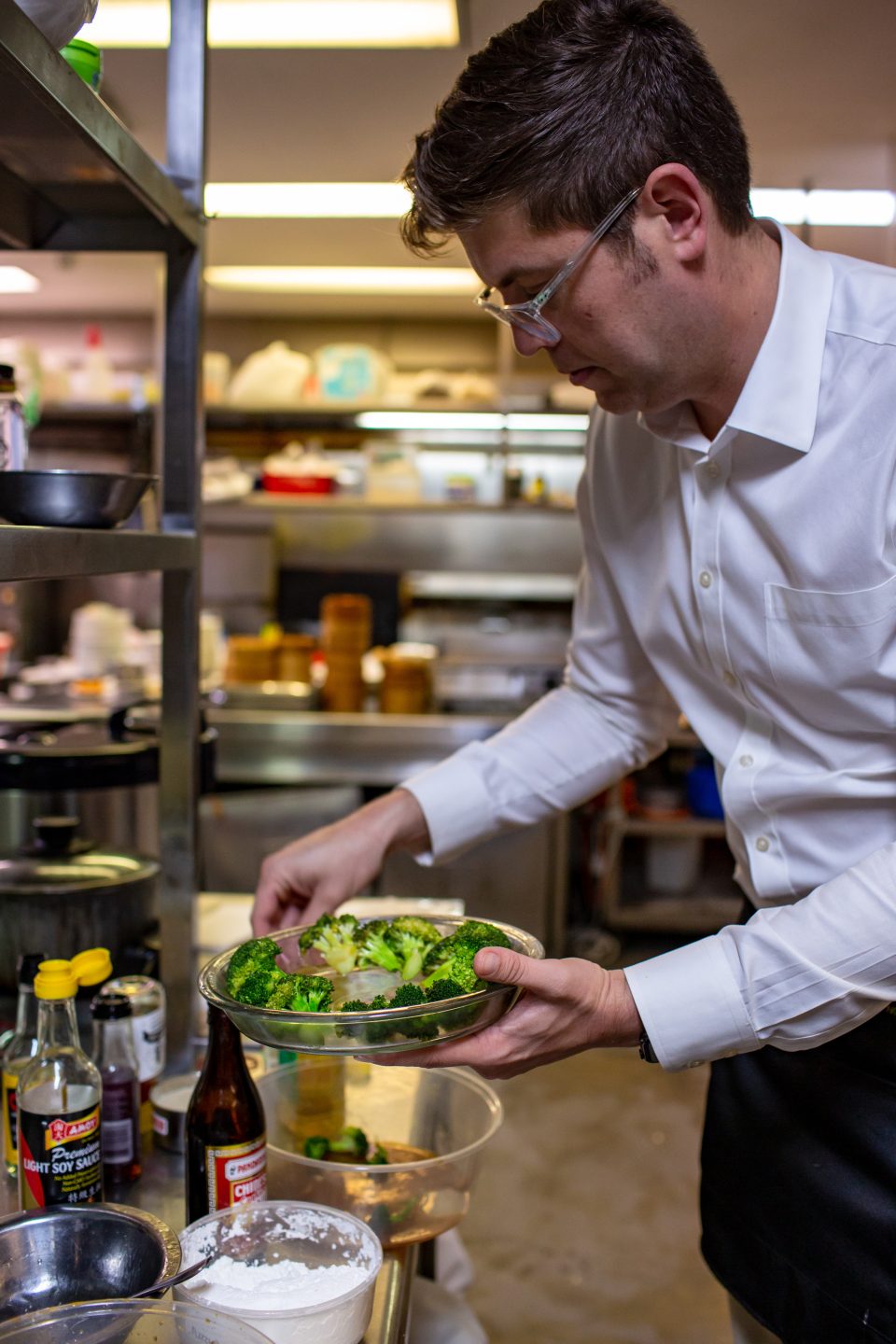 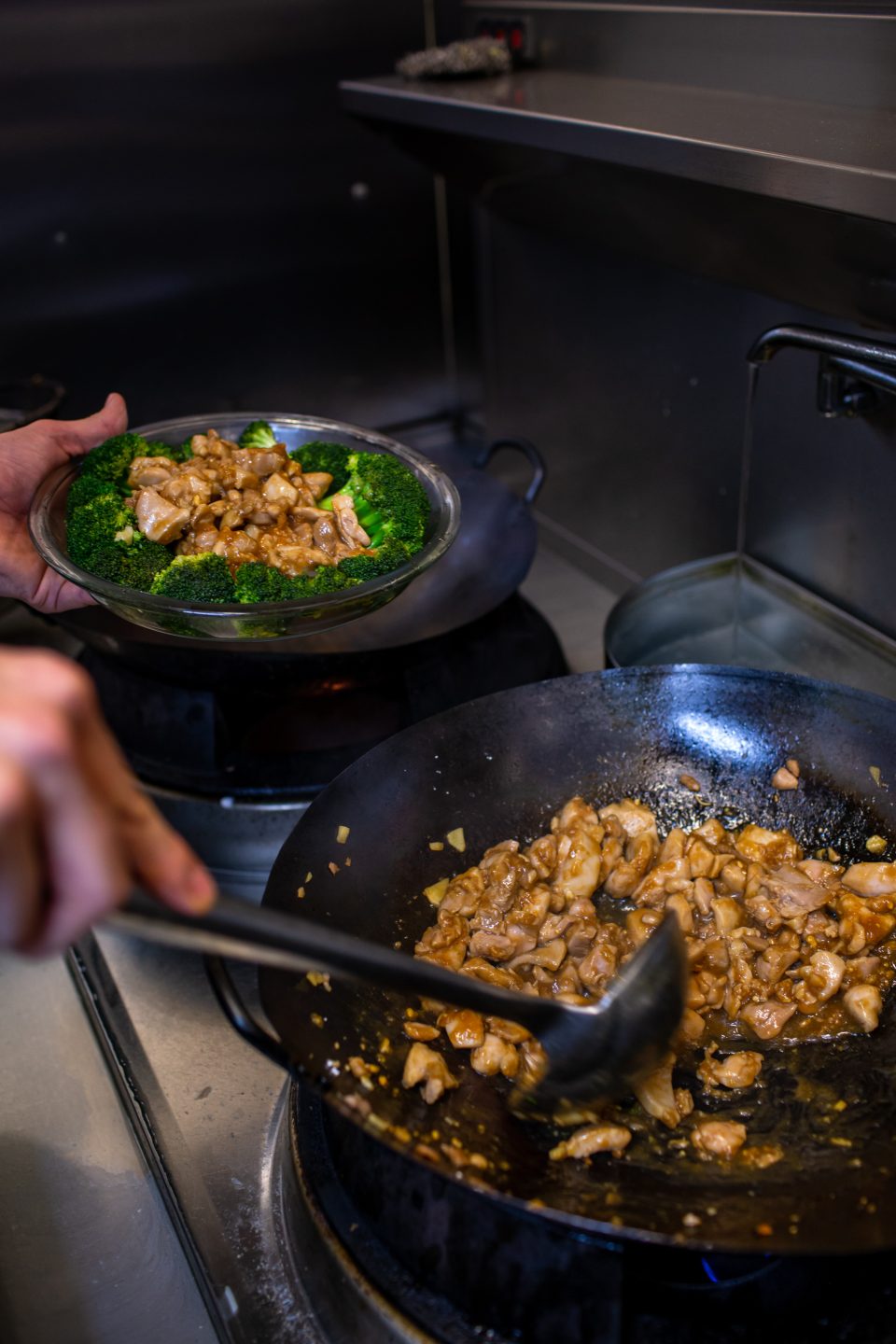 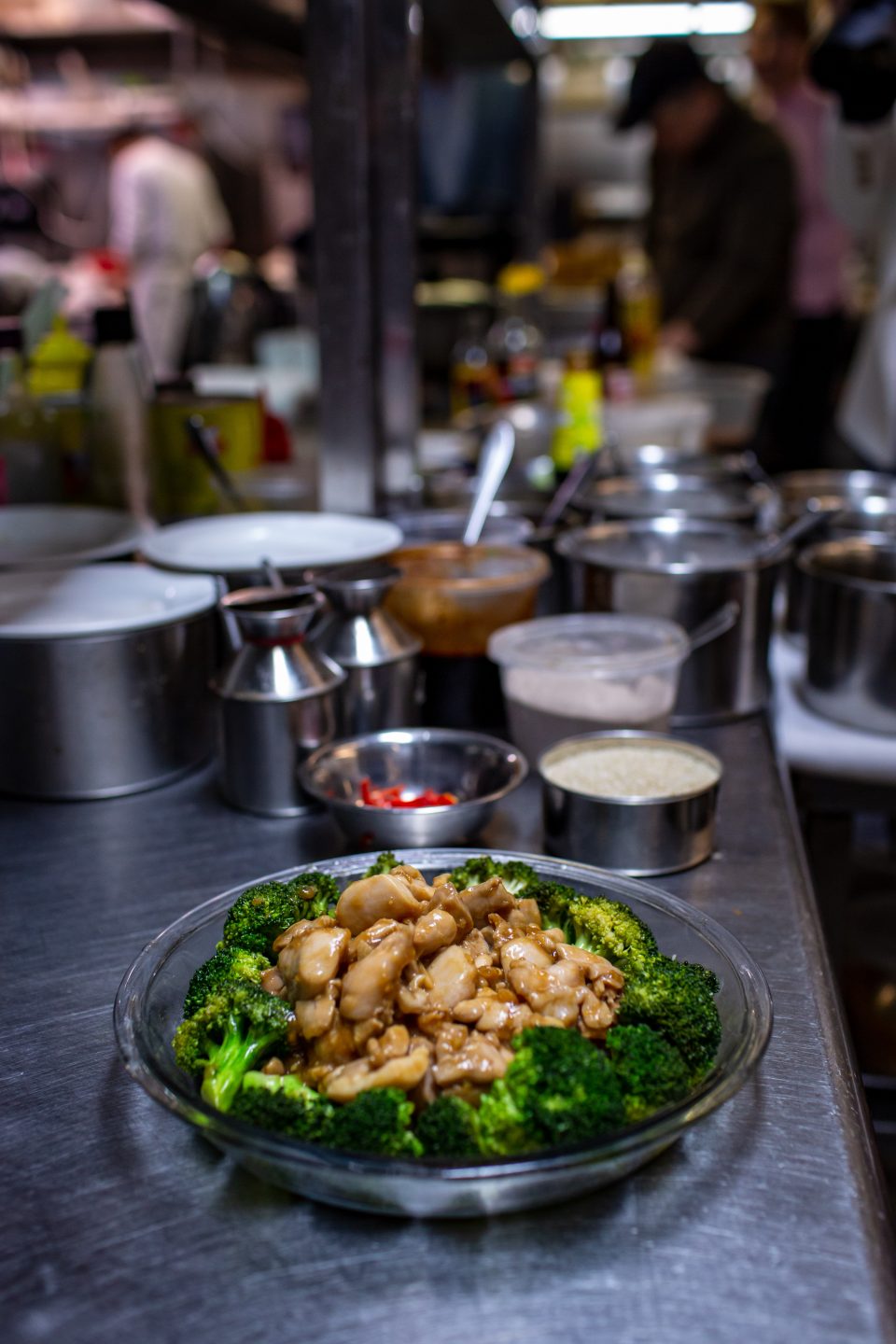 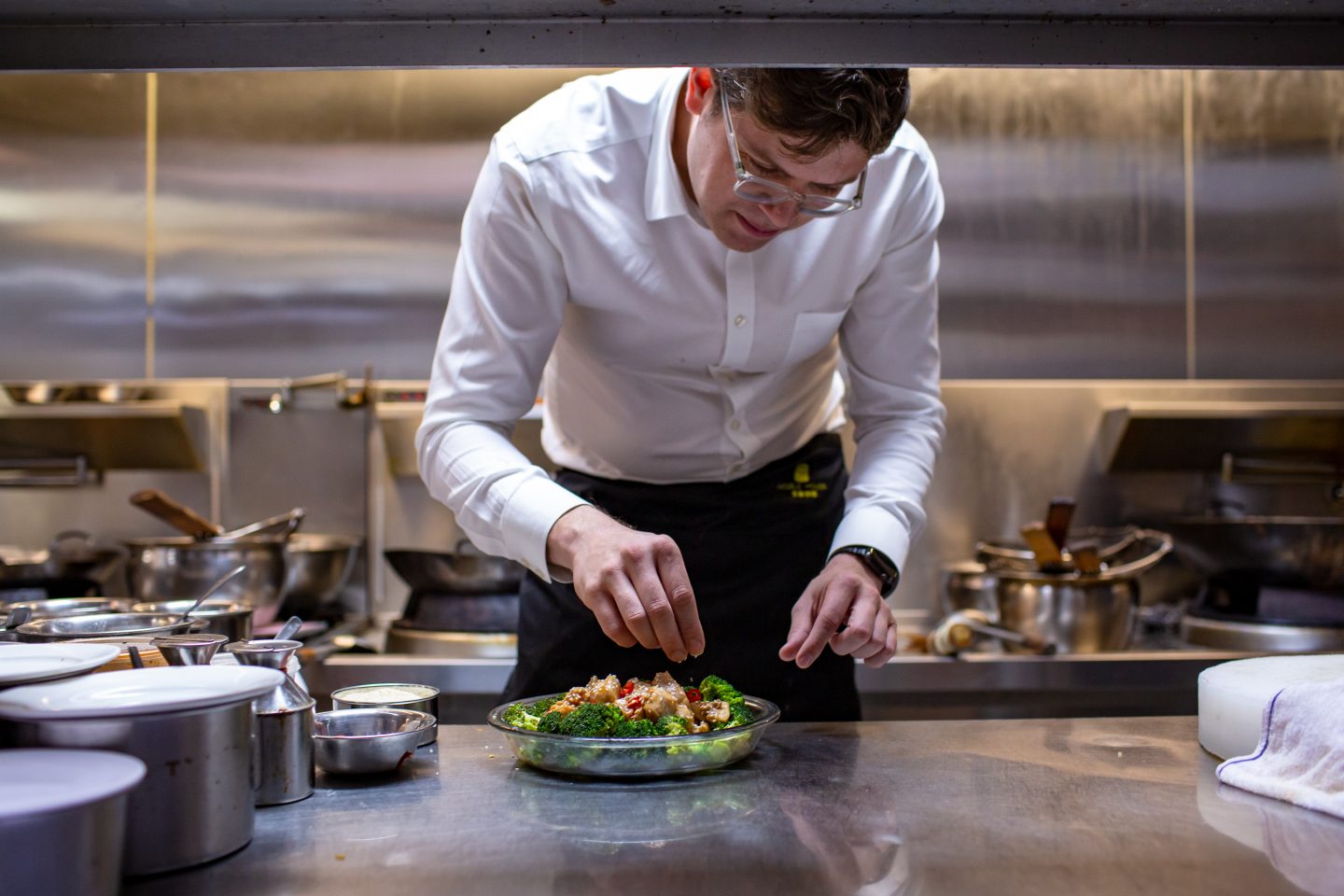 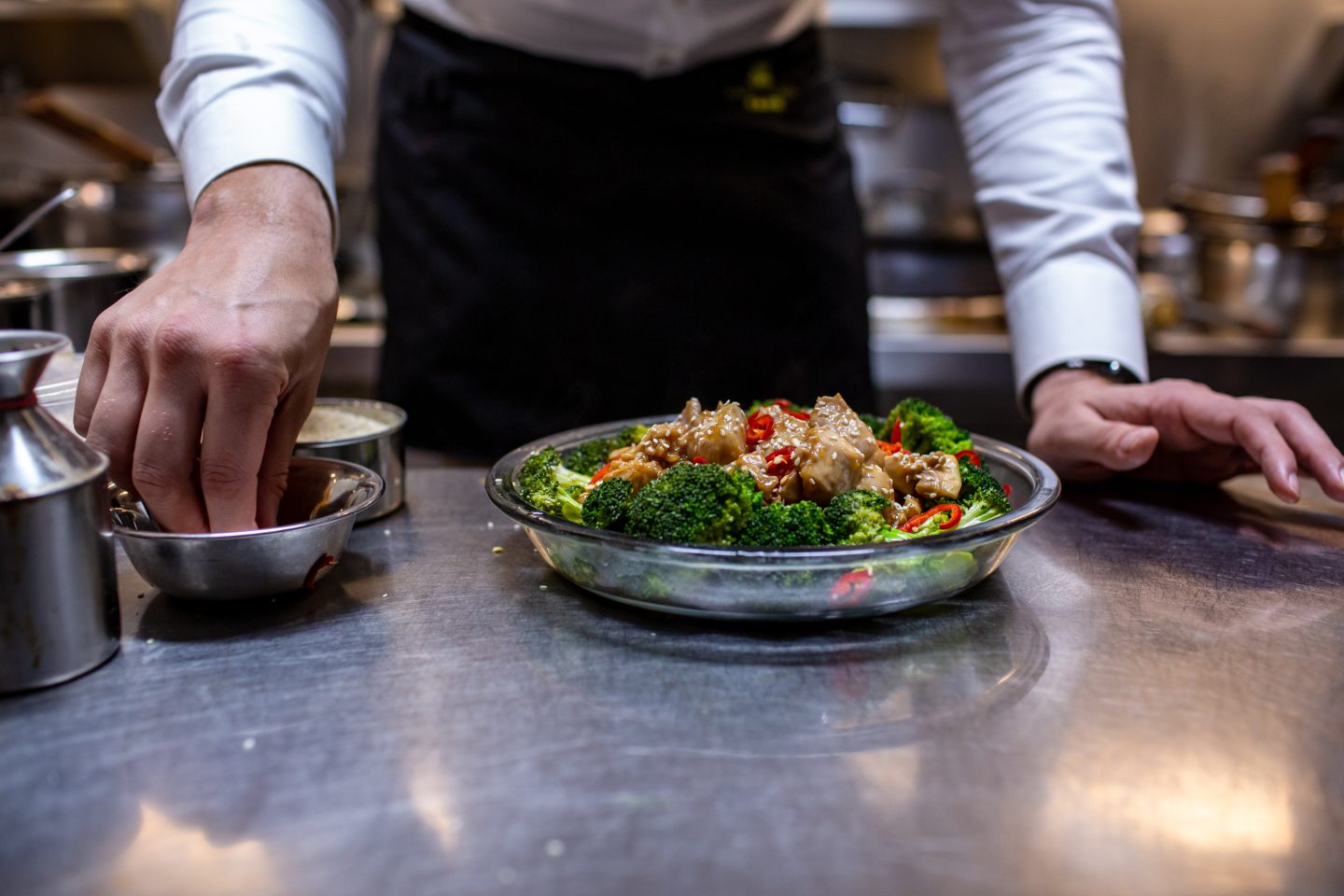 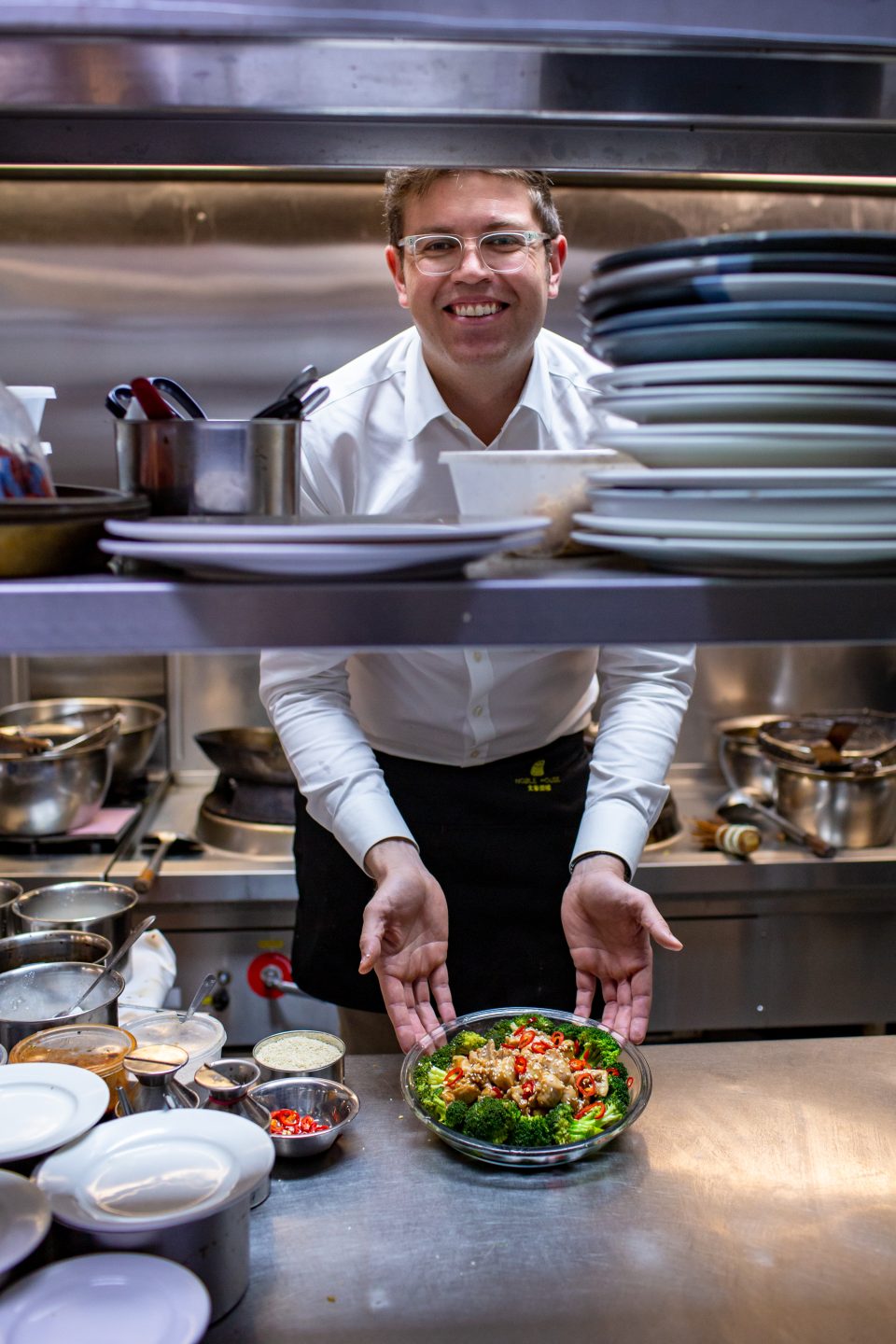 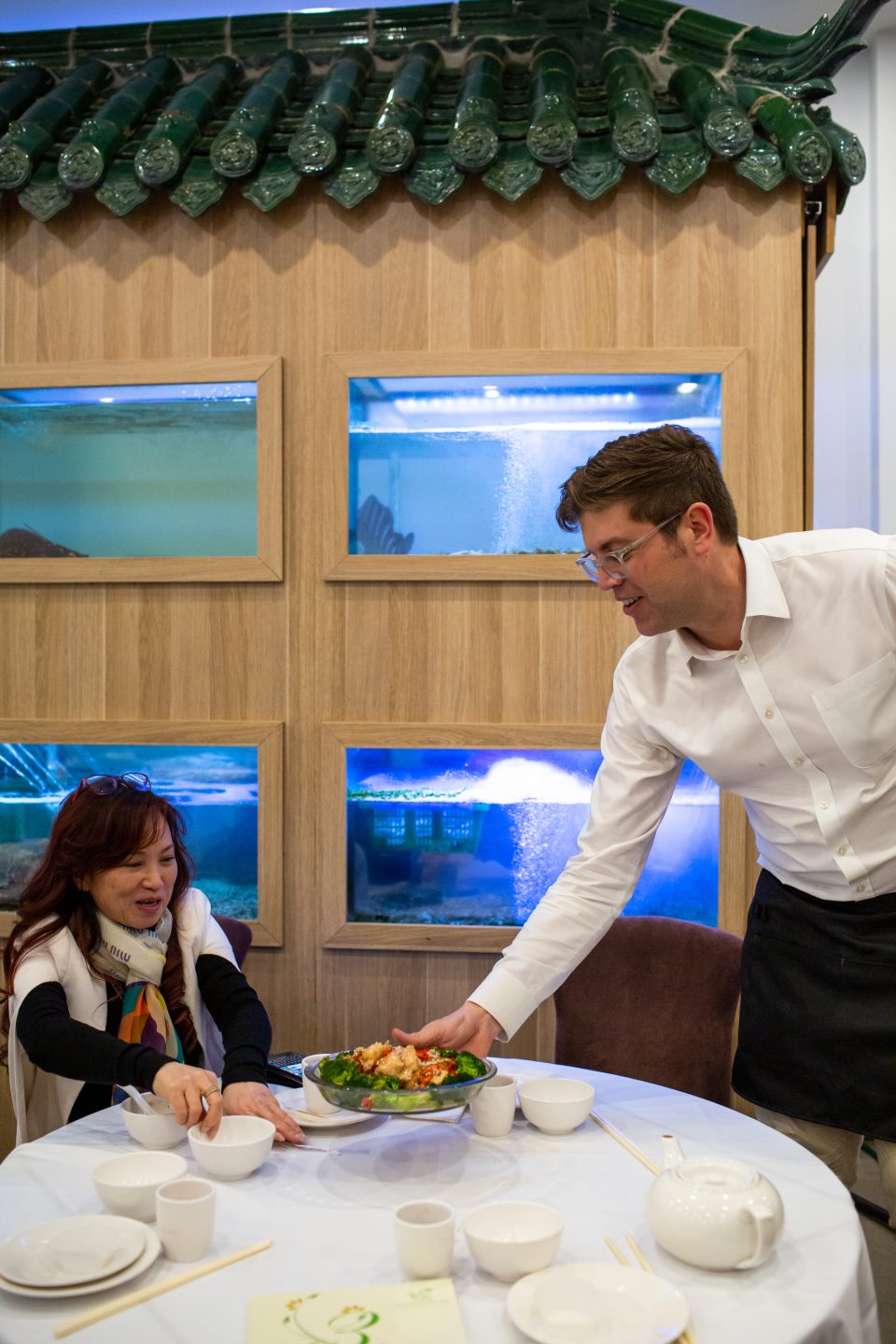 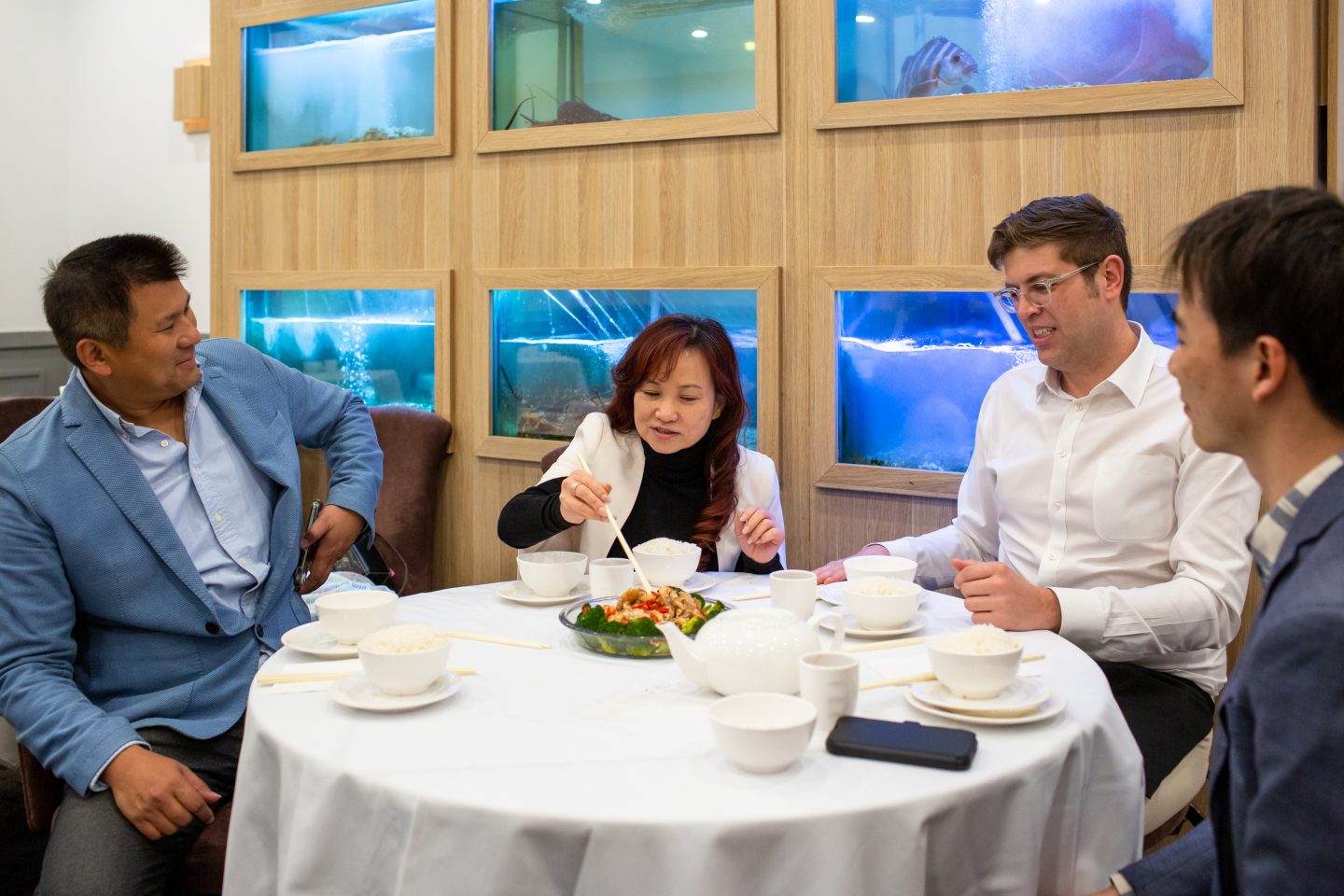 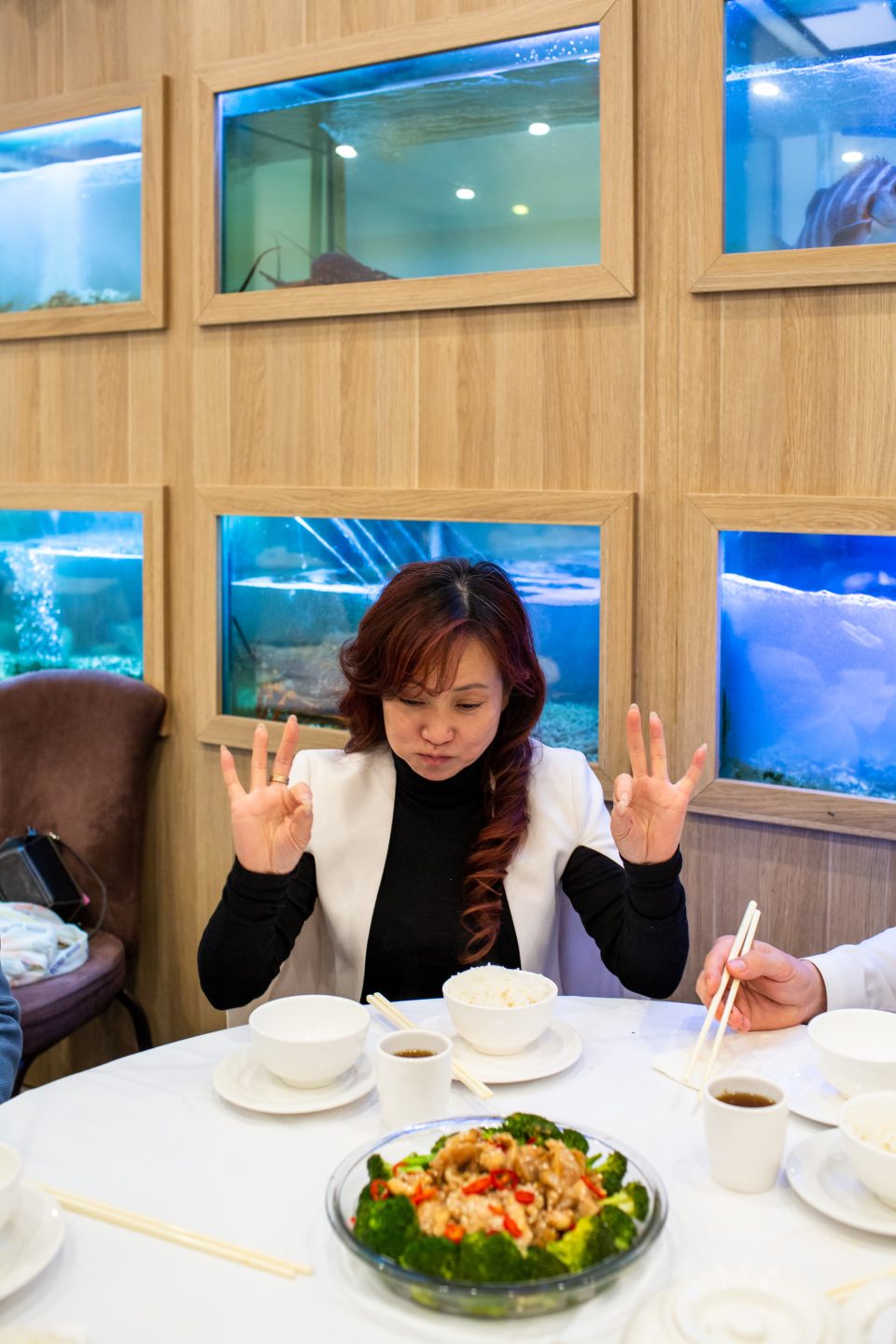 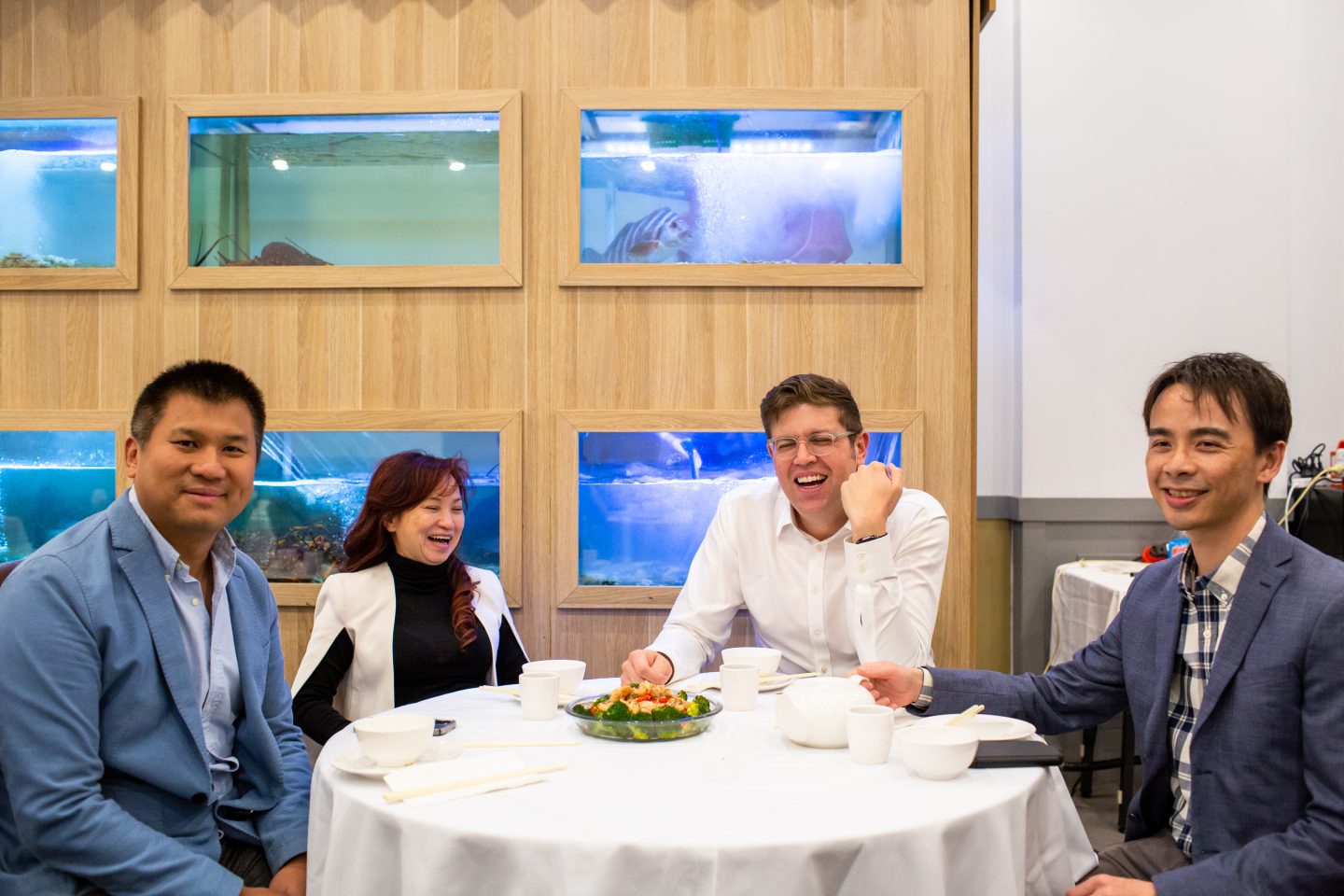 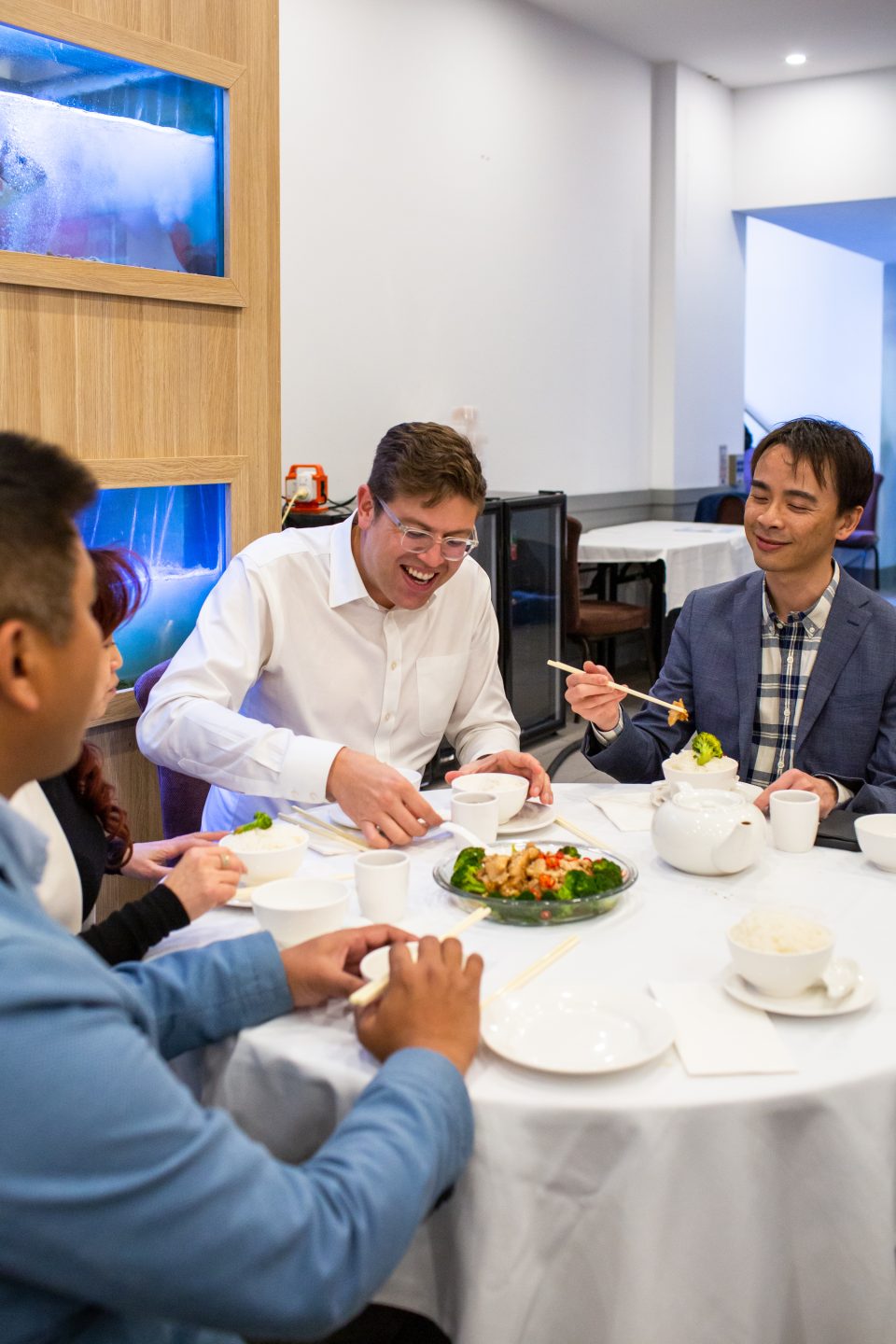 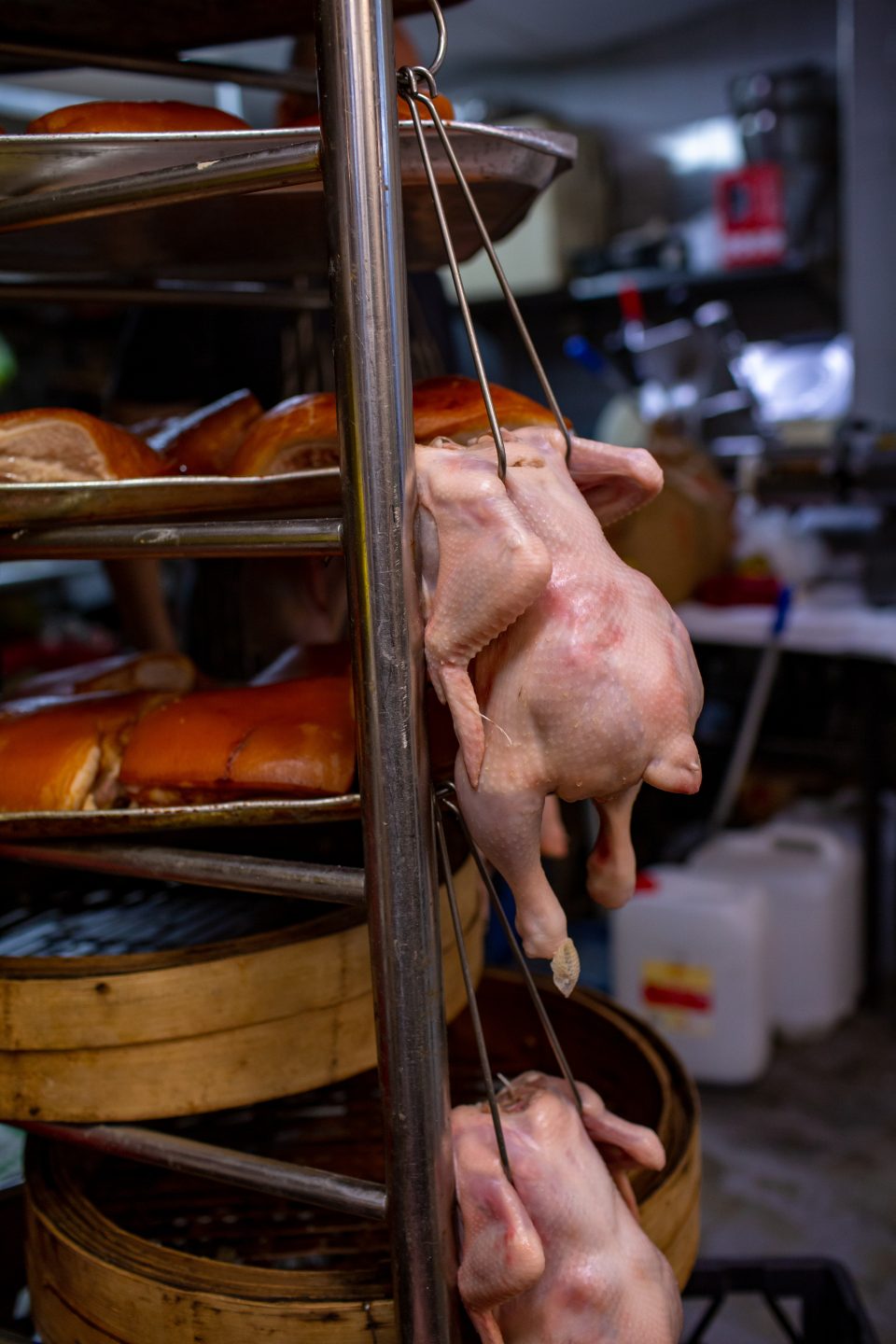 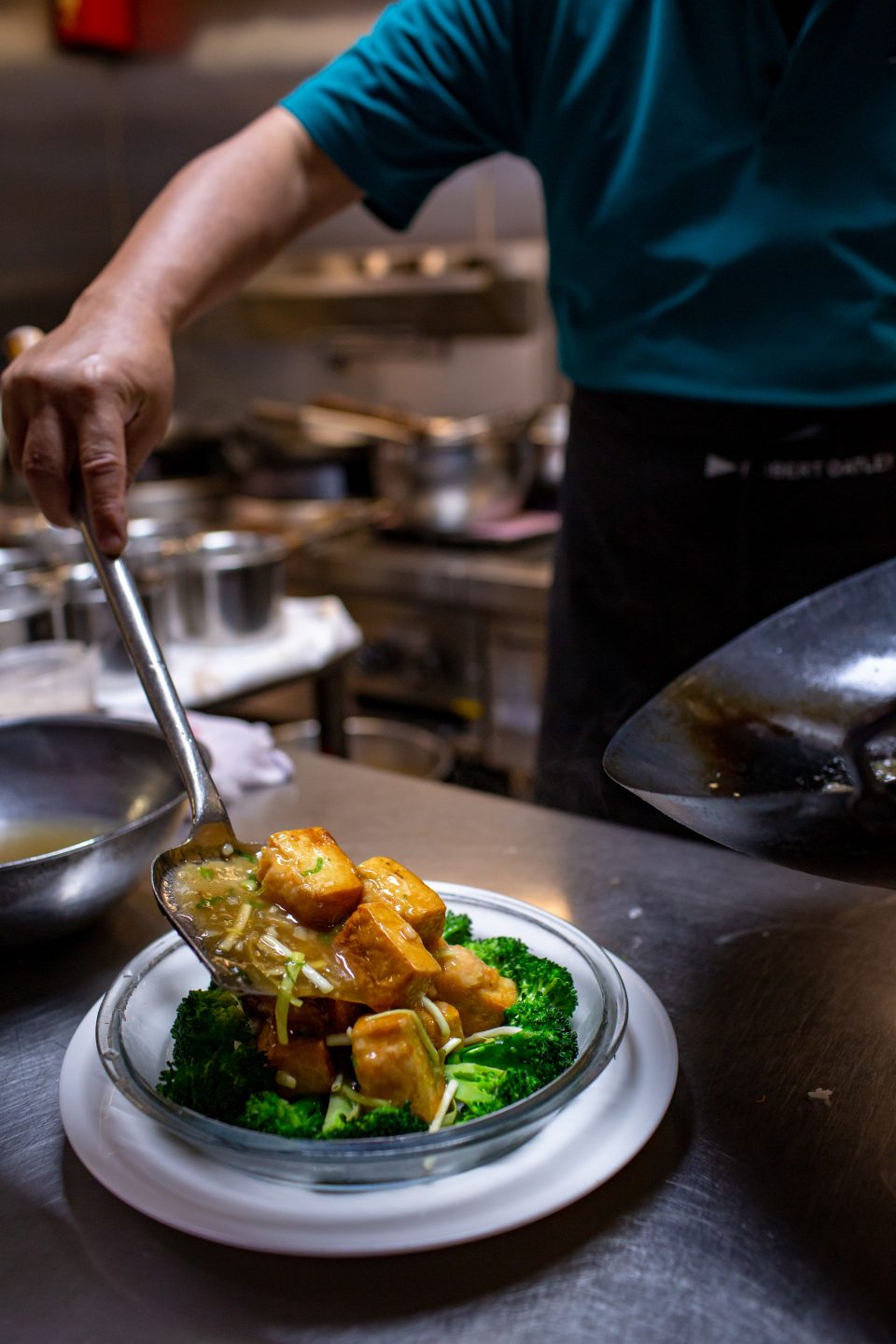 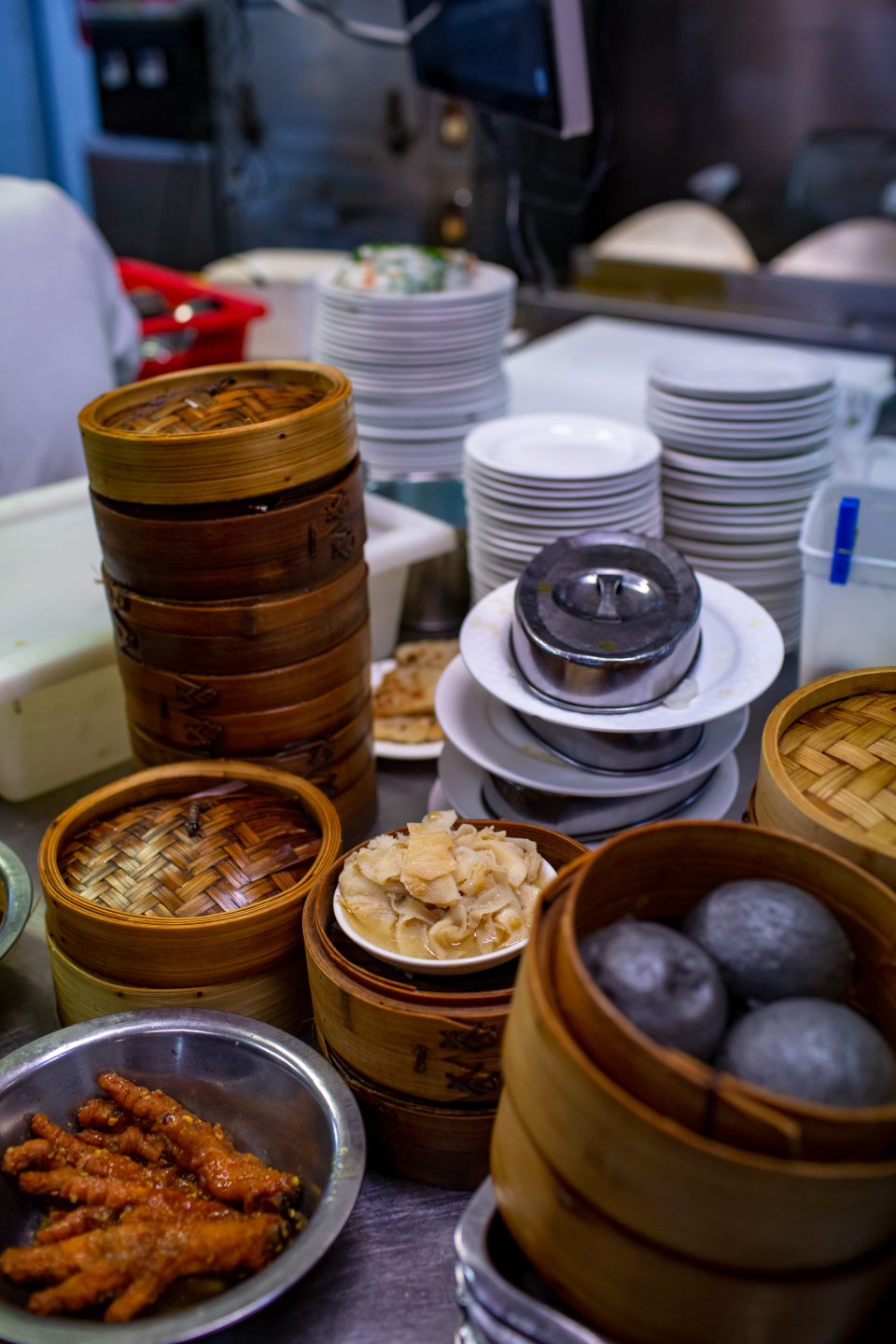 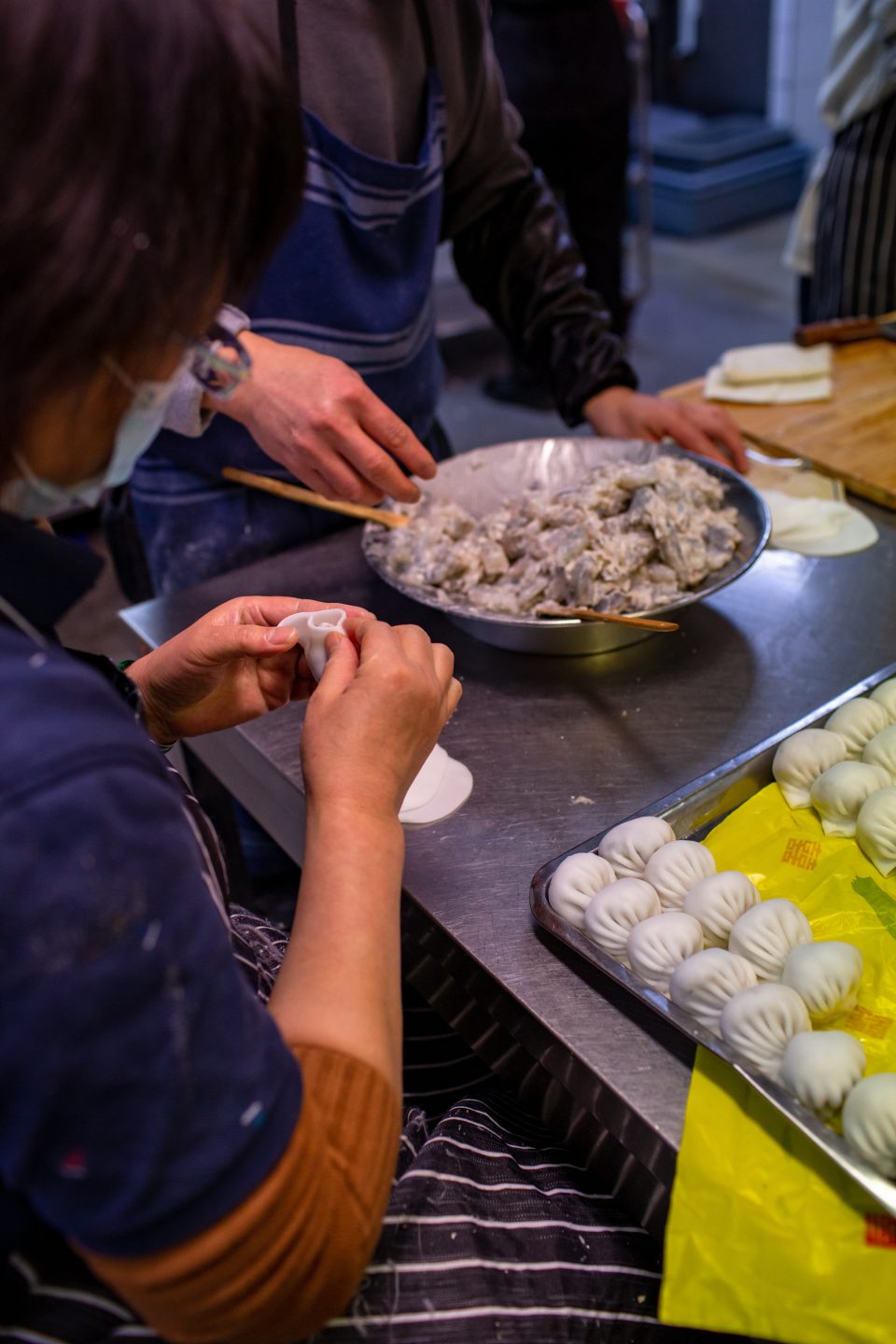 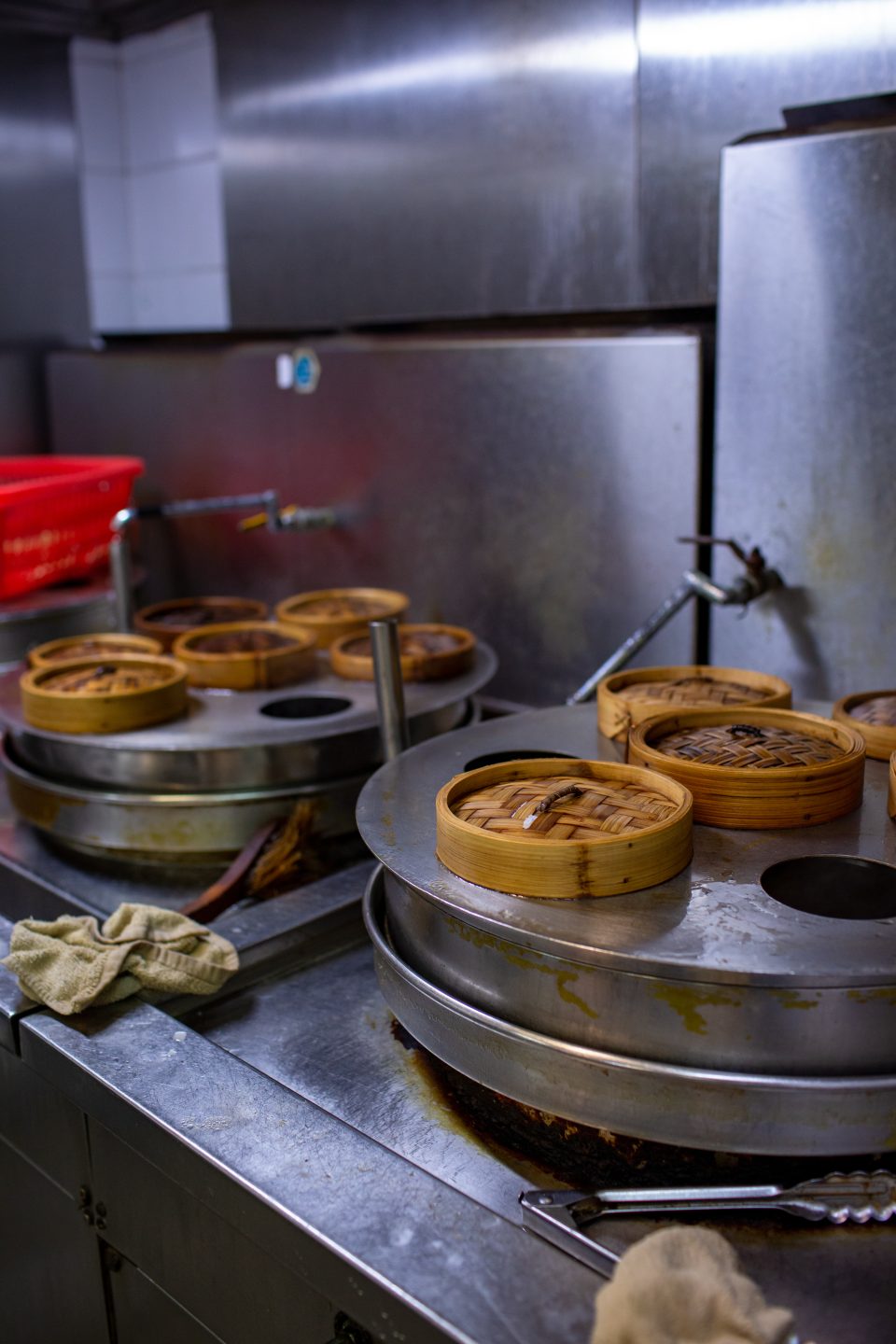 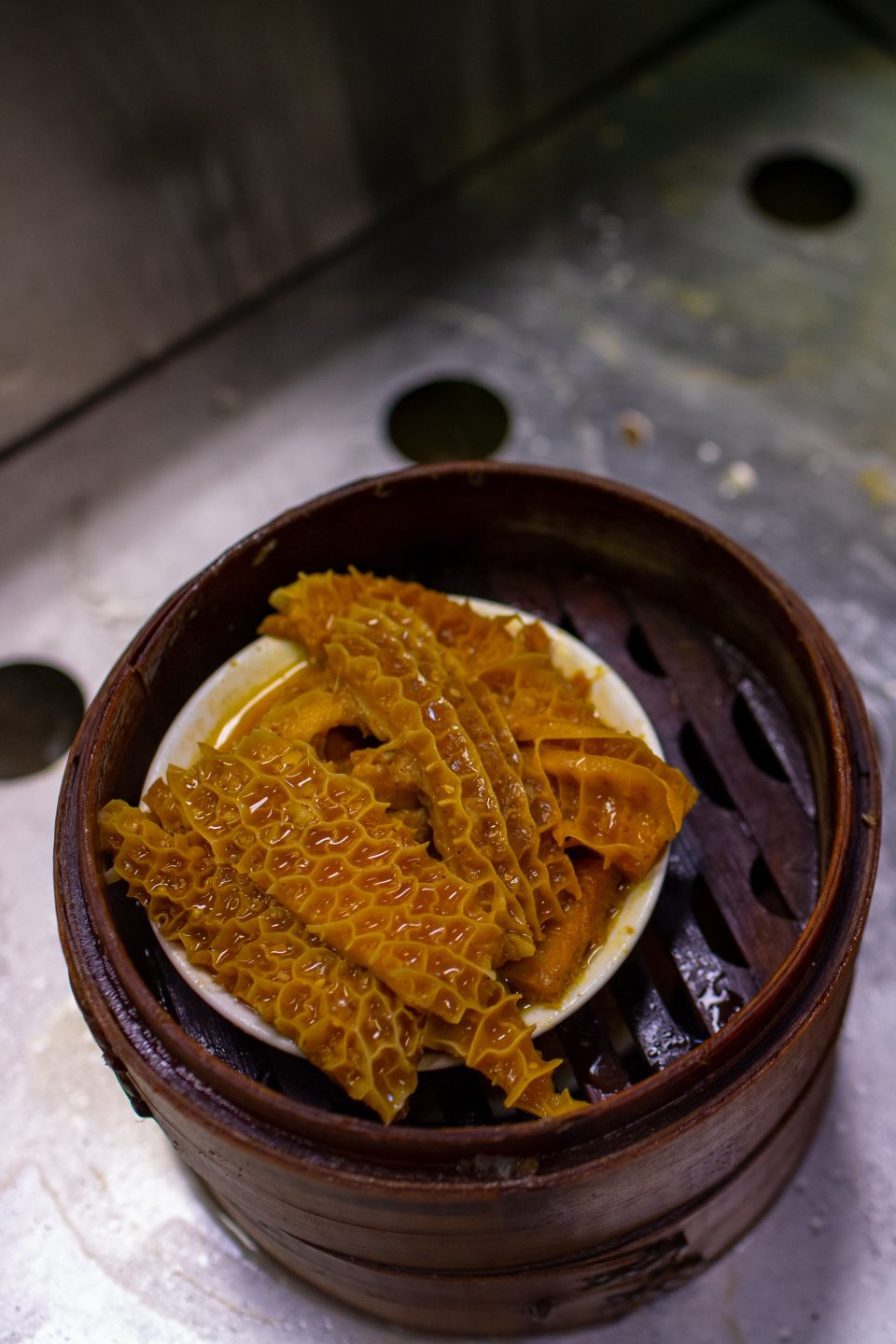 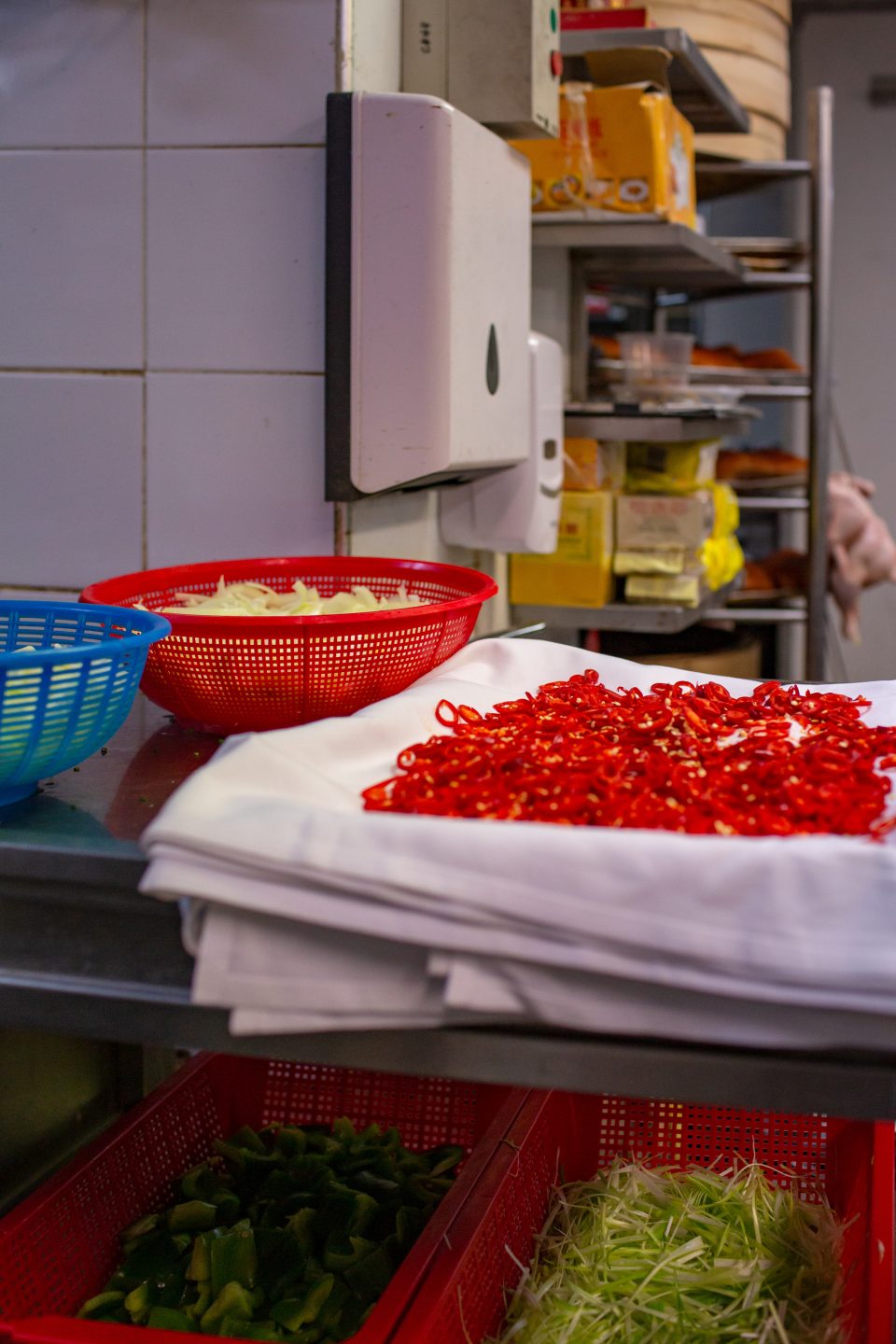 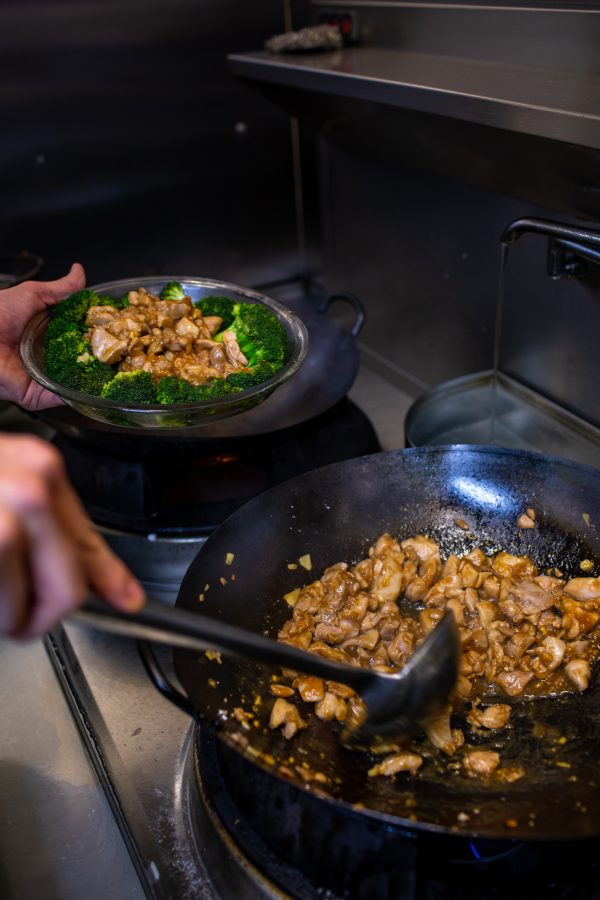 This entry was posted in Who. Bookmark the permalink. ← Laurie Green The Happy Hens →